The Trumps are known for a lot of things but empathy certainly isn’t one of them. So it came as somewhat of a surprise to many when the president signed a bill yesterday making animal cruelty a federal crime. The legislation carried bipartisan support.

The sad irony here is that Donald Trump now officially cares more about animals than the children he’s locked in cages and the families who have been separated by his draconian immigration policies, people who his administration has repeatedly treated as subhuman and heaped cruelty upon.

With that in mind, it’s difficult to buy the idea that Donald Trump actually cares about protecting animals. It seems far more likely he simply saw no reason to veto the bill and so rubberstamped it without much thought. He is, after all, one of the few presidents to not bring a pet to the White House. The only living organism Donald Trump cares about is Donald Trump.

Consistent Trump critic and renowned actress Mia Farrow couldn’t resist the urge to use this news to take a jab at our president and his despicable brood. She told him he should tell his sons that animal cruelty is officially a crime now and included a photo of Donald Trump Jr. and Eric Trump posing with a dead leopard. The two are avid hunters and have been criticized in the past for their behavior and the crude ways in which they’ve posed with recently slain animals.

While the bill Trump signed is not aimed at this kind of hunting, it was still a succinct message from Farrow and does a great job of underling how deeply hypocritical the entire Trump family really is.

⁦@realDonaldTrump⁩ tell your sons that animal cruelty is now a crime pic.twitter.com/oDYVMY6s6d

There are lots of similar photos out there for anyone interested in looking. Clearly, the Trump family really loves killing rare animals. While hunting serves an important purpose in many rural communities, the president’s sons appear to do it just for sport. Their lack of empathy is clearly inherited. 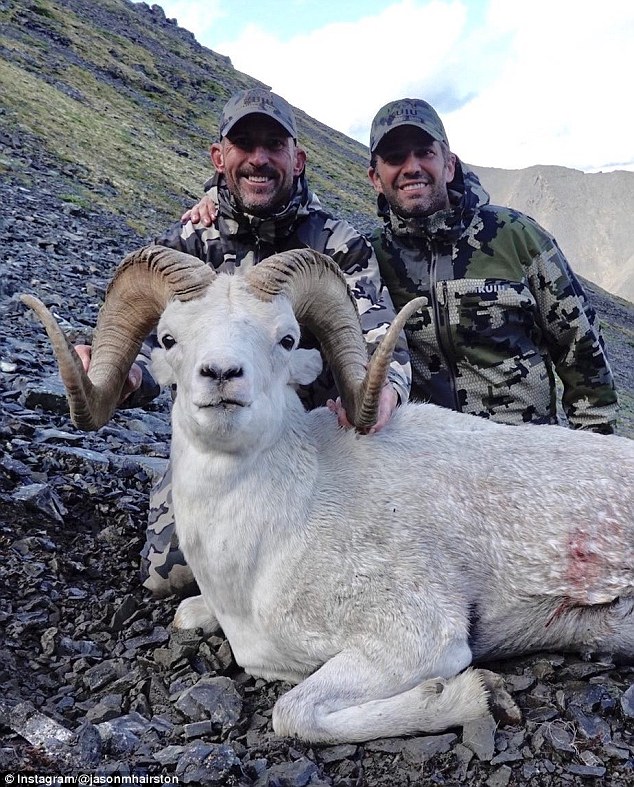