Yesterday, TIME magazine announced that teenage climate change activist Greta Thunberg has been chosen as their Person of the Year. At 16 years old, she is the youngest person to ever receive the distinction. Thunberg captivated the world over the past year with her brave calls for older generations and governments to take immediate action to curb climate change and ensure a habitable world for all of us. Her righteously angry address to the United Nations went viral and she gave millions the courage to take to the streets to protest against the dangerous inaction of world leaders.

Add your name to demand an investigation into Devin Nunes for conspiring with Giuliani and Trump to extort Ukraine!

The First Son immediately attacked Thunberg on Twitter. Oblivious to the fact that she has done more good in her short life than he has in all his forty-one years of scuttling around the world in father’s shadow, he slammed her as “marketing gimmick” and feigned outrage that the TIME distinction wasn’t given to the Hong Kong protestors. The attack was especially hypocritical given the fact that just last week he was decrying the mentioning of Barron Trump’s name in passing at a Congressional hearing and insisting that children should be off-limits.

President Trump followed up with his own attack earlier today. He called TIME’s decision “so ridiculous” and said that Thunberg, who has Asperger’s, must “work on her Anger Management problem.” He suggested she should “go to a good old fashioned movie with a friend!” The suggestion was weird even by Trumpian standards and served to underline how unseriously he takes the threat of climate change.

“Chill Greta, Chill!” he added, giving the worst possible advice one could imagine in the face of a problem as existentially grave as climate change.

The president attacking a child is pathetic to begin with but it becomes even more so when one considers the fact that he’s probably just upset that he didn’t win Person of the Year again. At her young age, Thunberg is already infinitely more mature than this man and whereas he is making the world a worse place, she is doing everything she can to improve it.

So ridiculous. Greta must work on her Anger Management problem, then go to a good old fashioned movie with a friend! Chill Greta, Chill! https://t.co/M8ZtS8okzE

Never one to be easily intimidated, Thunberg trolled Trump right back by changing her Twitter bio to mock the president’s weird advice. Take a look below. 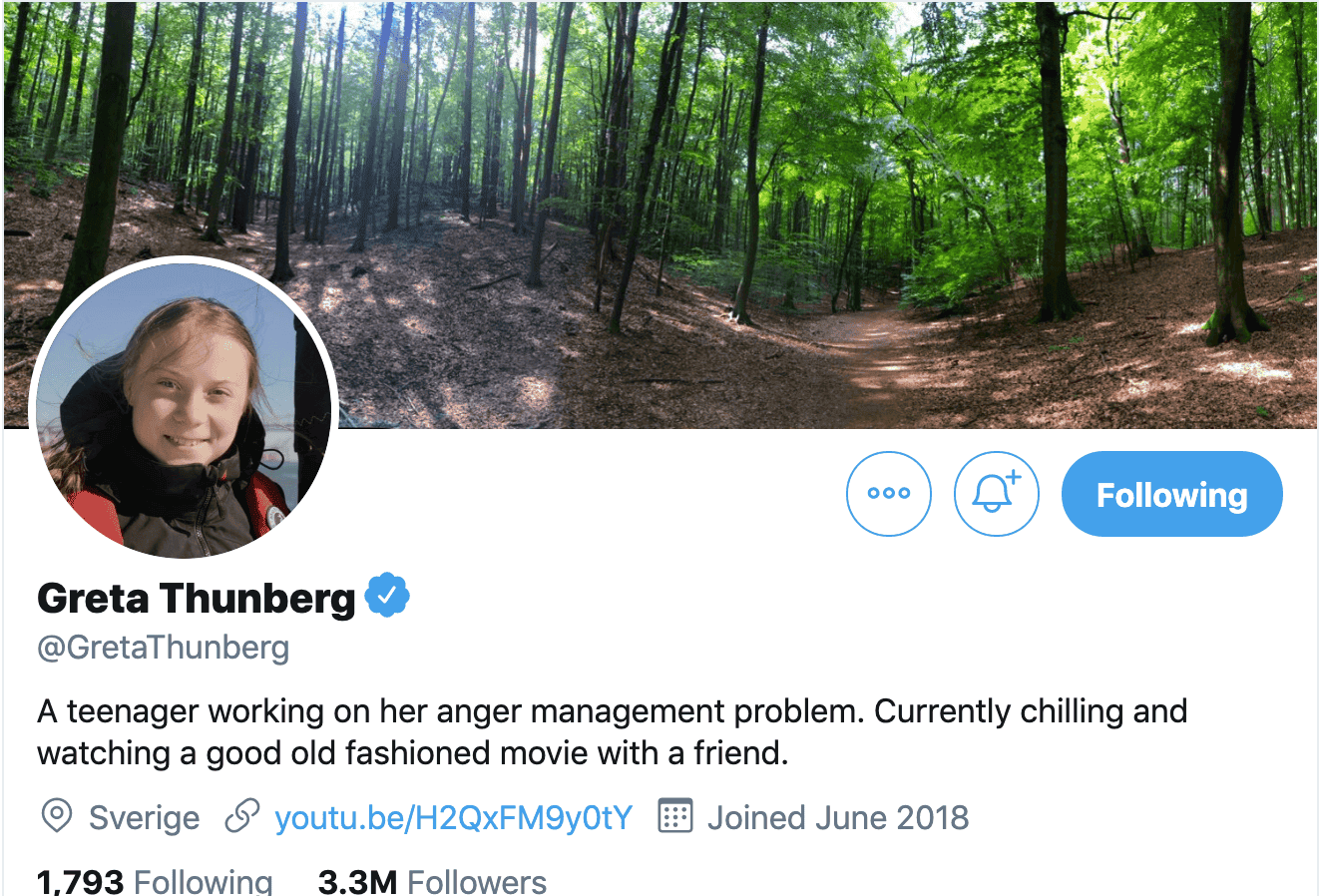