With an economy heading straight for a recession, unemployment soaring into the tens of millions and hundreds of Americans dying every day from a pandemic that his mismanagement allowed to spread, Trump knows he’s got his work cut out for him trying to prove that he’s a better choice to lead this country.

But rather than articulate any kind of positive vision for the country or any kind of plan for the future, Trump is making it clear that he’s just going to try smear, lie, and mock his way back to the Oval Office.

On Tuesday, he posted a doctored video of Barack Obama and Joe Biden to his Twitter account based on an edited version of an Allstate insurance ad.

While we will not post the video here and promote his attack, it depicts a group of black men sitting around watching television, with one man’s head replaced with that of Barack Obama. The television shows some out-of-context remarks from Biden with inappropriate implications about children. 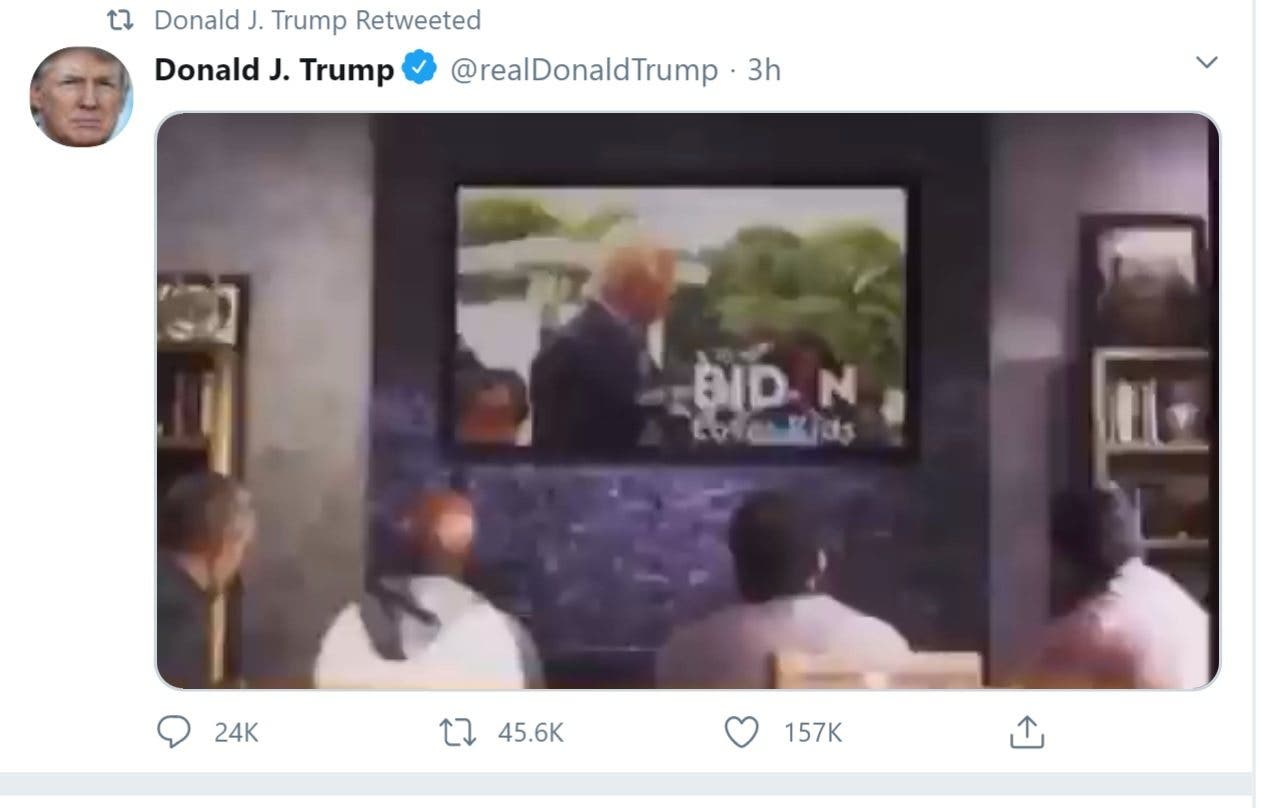 It is the height of hypocrisy for the man who has been accused of wandering into the dressing rooms of teenage models to ogle them and whos name is prominently in the flight logs of serial child rapist Jeffery Epstein’s private jet (dubbed “the Lolita Express”) to try to accuse a lifelong, beloved public servant like Joe Biden of inappropriate behavior towards children.

But Trump’s playbook has always been to project and deflect; accuse your rivals of that which you are guilty of is his modus operandi. For him to stoop so low so early speaks more to his internal panic and his sense of weakness more than it says anything about Joe Biden.

But it’s also a reminder that we need to steel ourselves for one of the dirtiest re-election campaigns in our nation’s history — and that our highest priority must be removing this predator from office.

We want to hear what YOU have to say. Scroll down and let us know in our NEW comment section!
The Occupy Democrats Election Fund is a political organization that supports ONLY good Democratic candidates