The President of the United States, the most powerful man in the world, commander-in-chief of the planet’s most formidable military, decided this morning to retweet a Twitter account called @SexCounseling. Our avowed sexual predator leader wasn’t offering advice to spice up Americans’ love lives though, rather he was engaging in his usual conspiratorial nonsense.

The account—which bills itself as someone named “Dawn Michael, PhD”— was retweeted twice by Trump. The first tweet was aimed at former Secretary of State and 2016 presidential popular vote winner Hillary Clinton and included some nonsense about her funding a “Witch Hunt.” @SexCounseling referred to the accomplished stateswoman as a “Witch” herself which is presumably why—in addition to serving as a cheap distraction from his coronavirus mistakes—the president decided to retweet it. It was real bottom of the barrel stuff.

The second tweet from @SexCounseling was in response to one of Trump’s pathetic blame spreading tweets from yesterday. The alleged doctor agreed with the president’s irresponsible narrative that states are responsible for fighting COVID-19 and shouldn’t expect too much assistance from the federal government. She (if the unverified account is truly run by a woman) suggested that state leaders should be “replaced.”

This kind of dishonest, partisan mudslinging is bad enough without being retweeted by the president. It makes it harder for state officials to do their jobs during this crisis and accomplishes absolutely nothing beyond attempting to absolve Trump of responsibility for his own myriad failings. 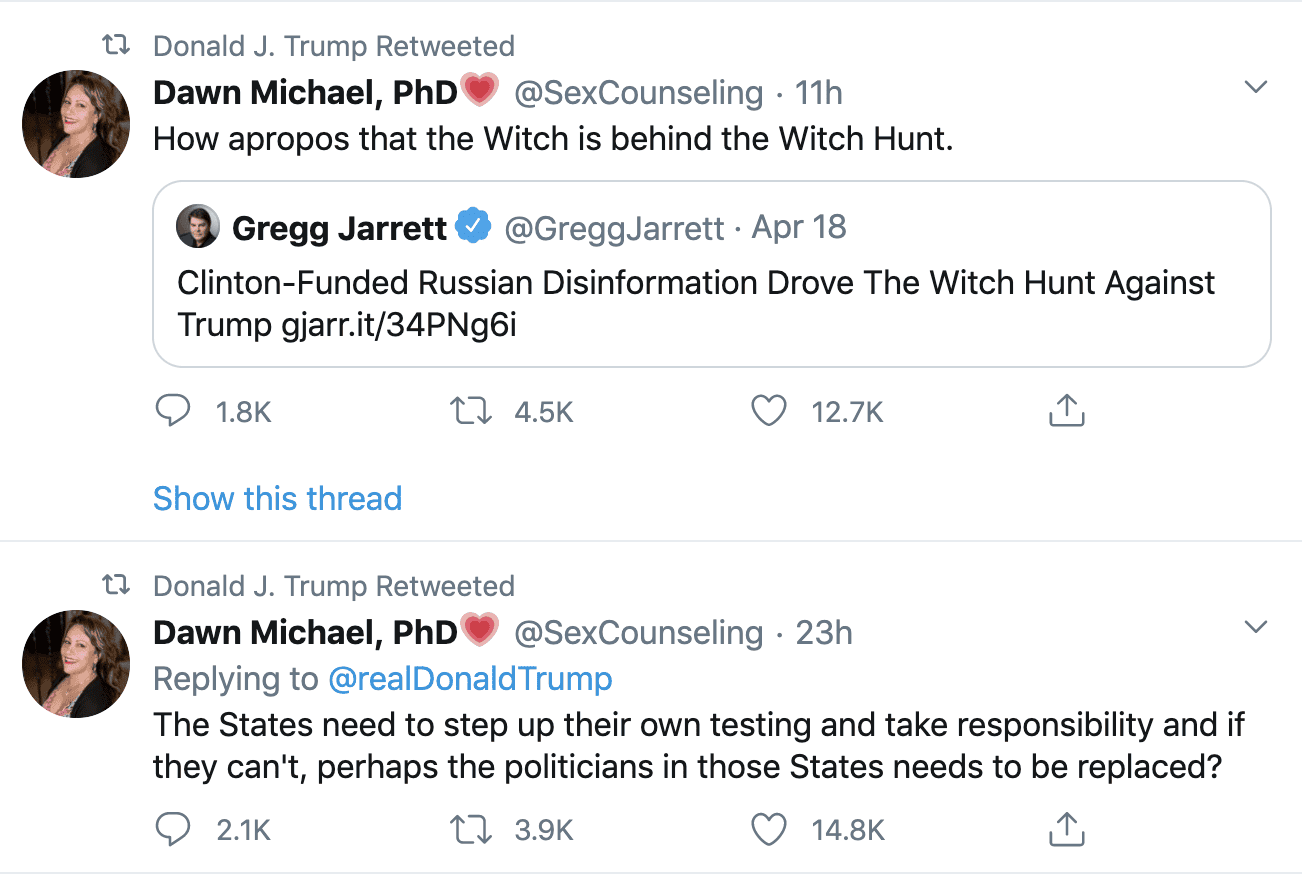 So who is @SexCounseling? Her Twitter bio reveals her to be a Q Patriot, meaning she’s a member of the incredibly deranged QAnon movement, a group of conspiracy theorists who hold a set of shifting, outlandish beliefs primarily centered around the idea that Donald Trump is fighting against the “Deep State” to defeat a child sex trafficking ring at the highest levels of the Democratic Party.

It’s an ideology that one would have to be either incredibly stupid or deeply psychologically unwell to believe in, and here we find the president boosting an account that trades in such filth.

Suffice to say, this behavior from Trump is unacceptable. But what’s worse at the end of the day,  that the so-called leader of the free world lacks the attention to detail to notice that he’s retweeting an account called @SexCounseling that believes in Qanon or that he did notice and retweeted it anyway? 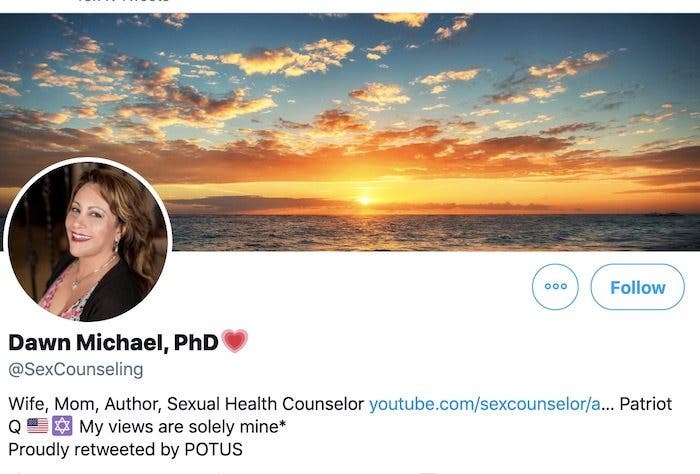