The Trump administration once again finds itself mired in a racism scandal with the revelation that Michael Caputo, the new Assistant Secretary for Public Affairs for the Department of Health and Human Services, deleted several old tweets of his that contained shocking comments about Chinese people.

CNN’s Andrew Kaczynski reports that Caputo, who was hired to the position last week, deleted almost every single tweet he sent out before April 12. The deleted tweets are still available through internet archive services and are riddled with conspiracy theories, profanity, and bigotry.

In March he wrote that “millions of Chinese suck the blood out of rabid bats as an appetizer and eat the ass out of anteaters.” Another tweet addressed a Twitter user and asked: “Don’t you have a bat to eat?” The comments are a reference to a racist meme circulating around the internet that holds that a Chinese citizen eating “bat soup” is what set off the COVID-19 pandemic in the first place. 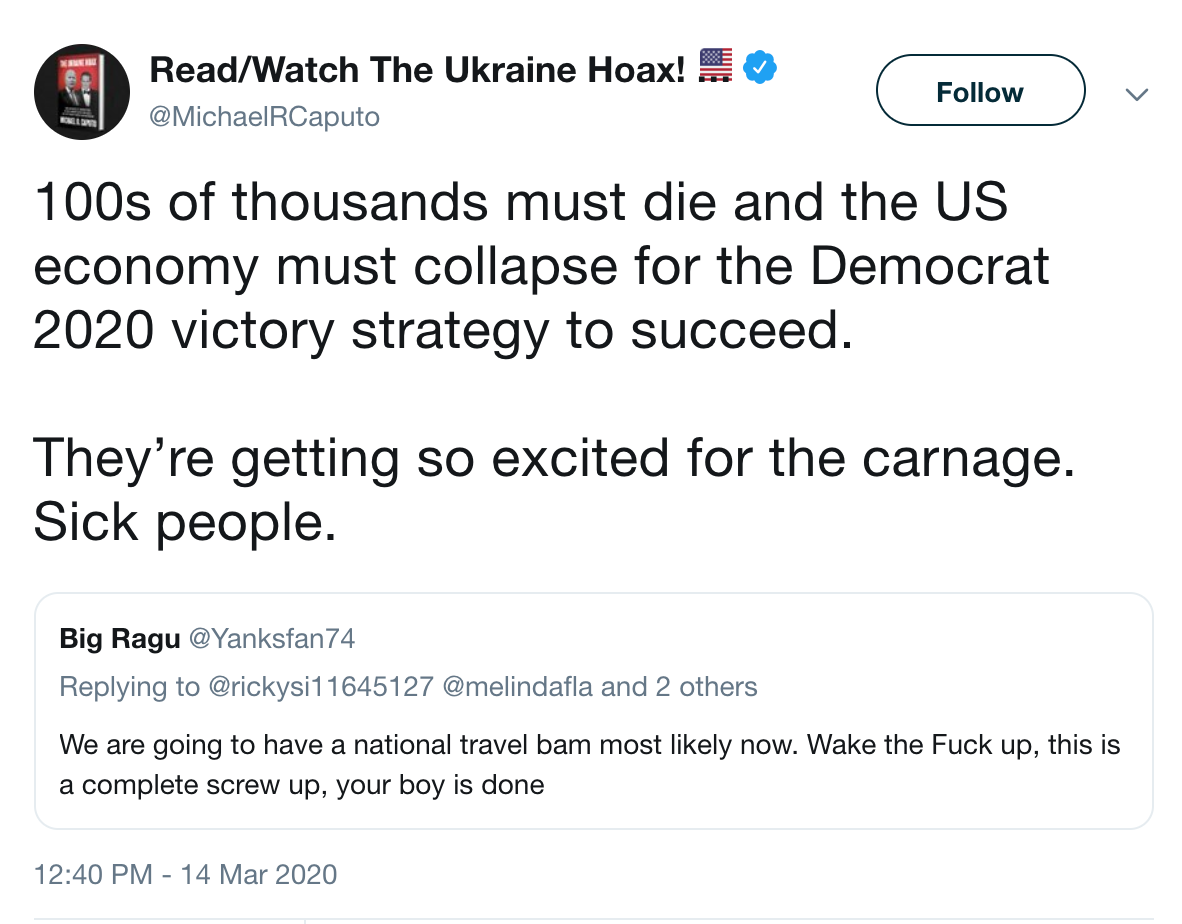 In short, Caputo engaged in the worst brand of right-wing racism and conspiracy peddling, which makes him a perfect fit for an administration stuffed with cryptofascists, white nationalists, and lunatics. Under a normal president, these kinds of tweets would be grounds for firing. Under Trump, they may have actually played a part in the decision to hire Caputo in the first place.