Business in Washington DC ground to a temporary halt today as legislators and Capitol Hill staff say goodbye to one of their most beloved departed colleagues, Representative John Lewis, a towering figure in America’s struggle for civil rights for all its citizens, regardless of their skin color.

One notably absent (if not actually missed) figure in the memorial services for Congressman Lewis — whose body lay in state today at the Capitol rotunda before being moved outdoors for public mourning — was Donald Trump, who confirmed to reporters on the White House lawn that he would skip any of the events commemorating Lewis’ life.

How can he pay something he doesn’t have?

The attached comment was only the first of many responses that varied between telling the president that he was. not welcome to attend anyway and decrying the racism of his lack of respect towards the late civil rights icon. 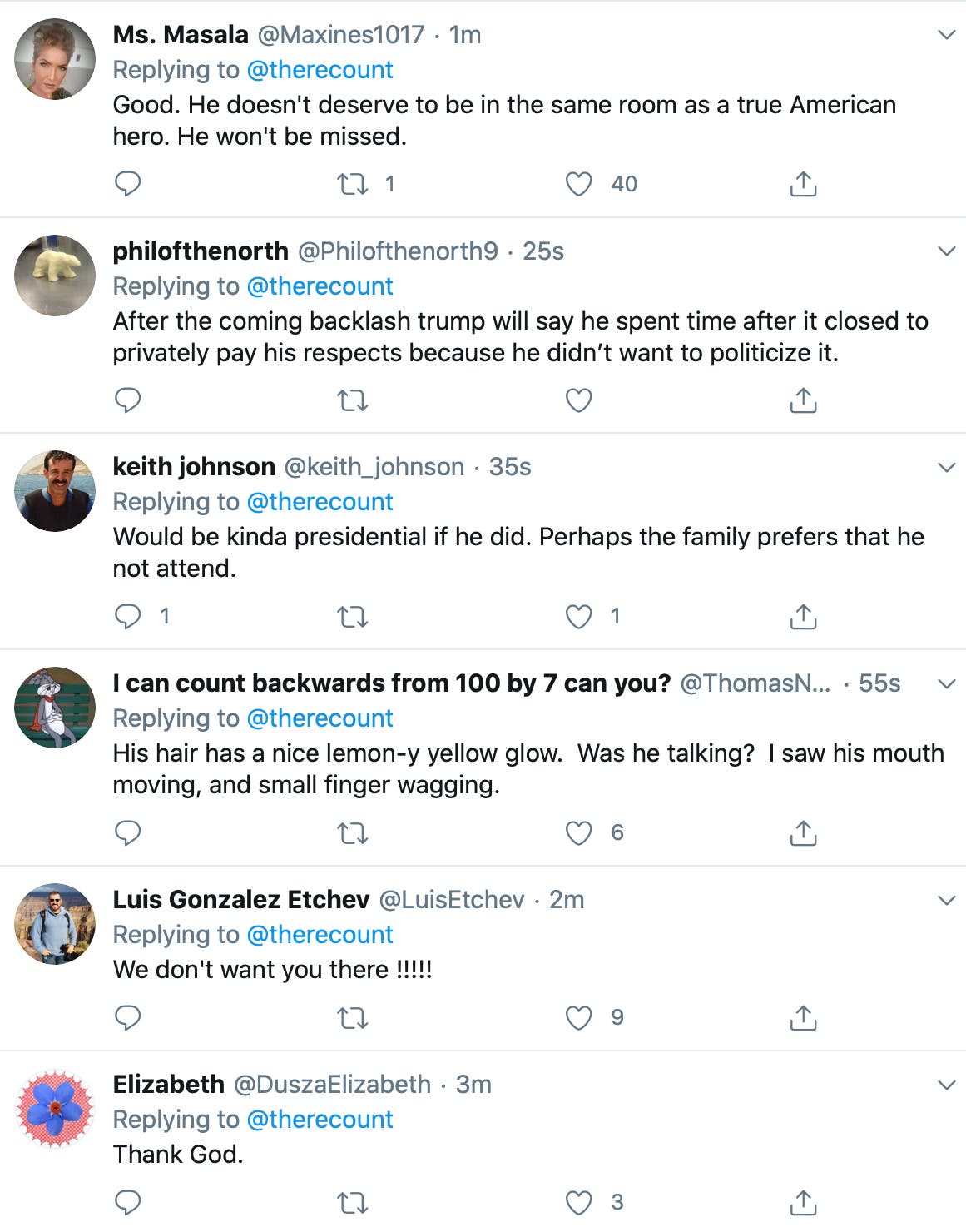 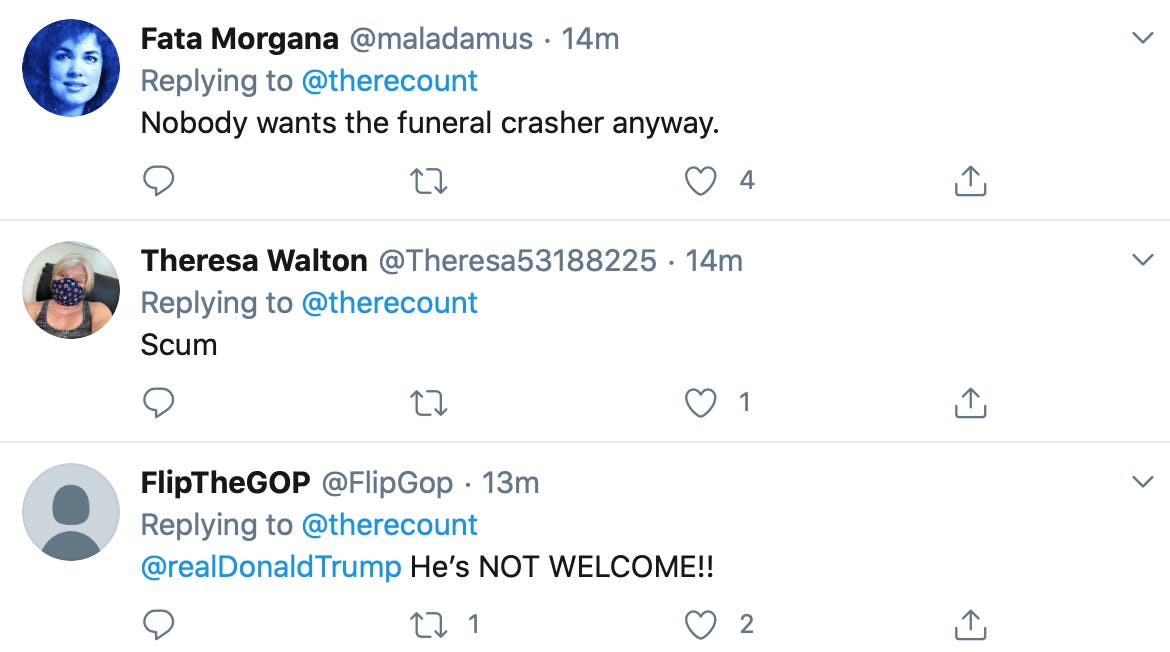 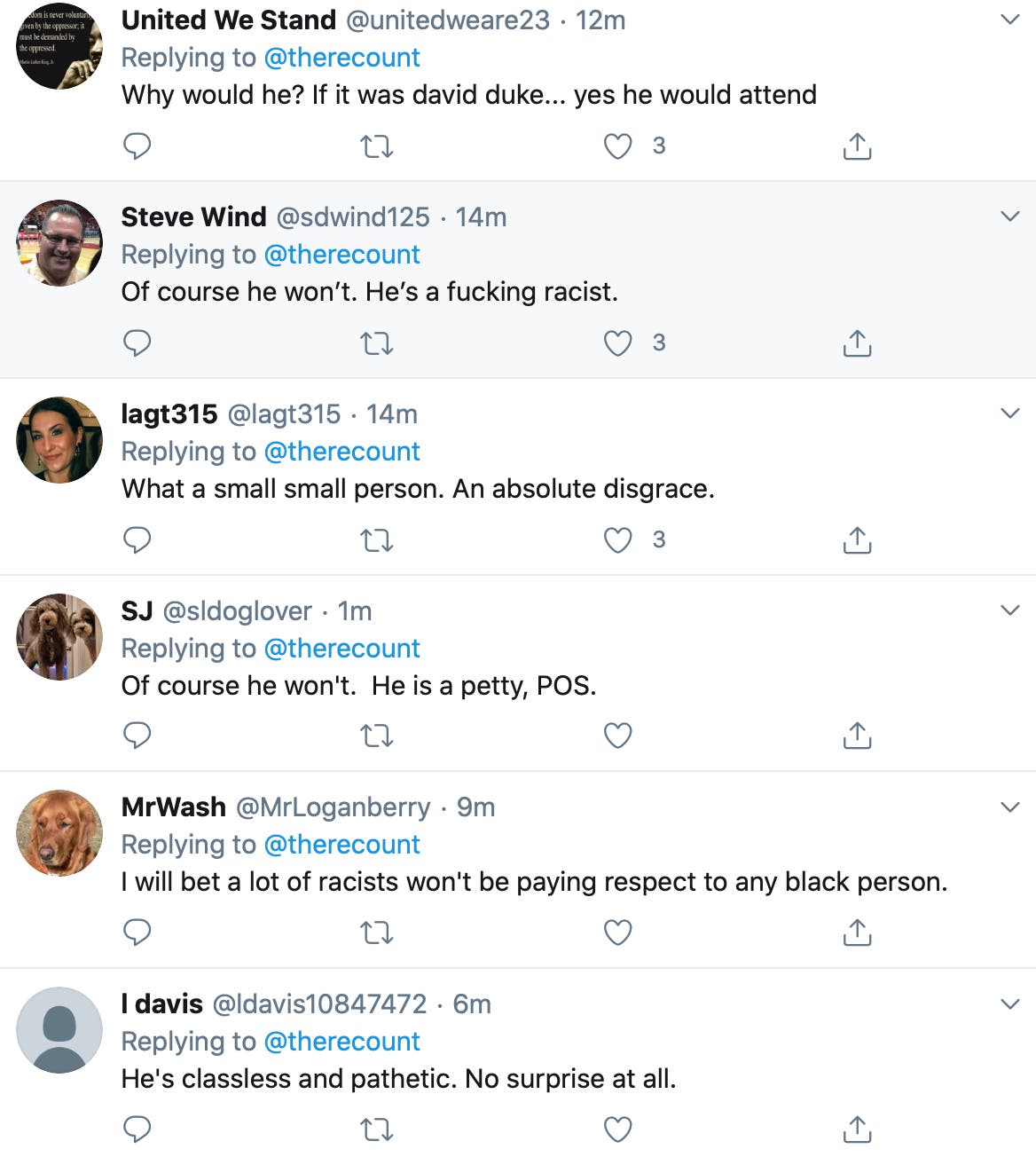 While Trump’s decision to skip the memorial service for Congressman Lewis is a minor offense compared to all of the other despicable and illegal behaviors we’ve seen committed by this president, it is so in keeping with his inherently racist attitudes that it just adds an additional reminder of his lack of fitness for the office that he holds…for now.

It’s just one more bit of motivation to work as hard as we can to remove this insufferable man from the White House with immediate effect.