The Daily Mail posted a screenshot of the scene. 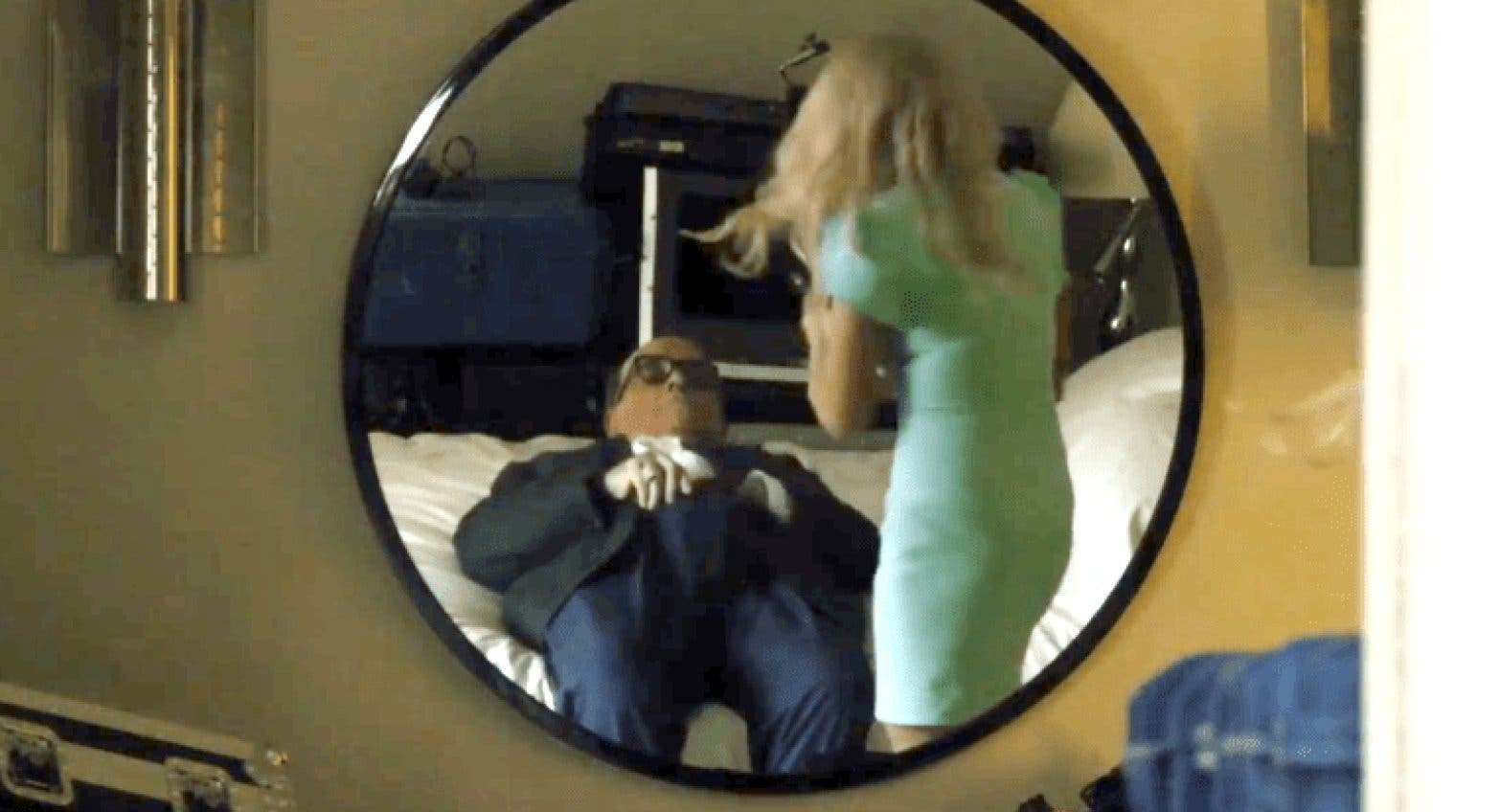 Borat Subsequent Moviefilm: Delivery of Prodigious Bribe to American Regime for Make Benefit Once Glorious Nation of Kazakhstan will be released this Friday Amazon Prime Video but Twitter users are already inundating the former mayor with mockery.

I just watched the Borat/Giuliani scene….

Yeah the Borat thing is hilarious but can you imagine what professionally trained GRU and FSB assets could get out of Giuliani? He’s a counterintelligence nightmare.

Trumpists and far-left auxiliary Trumpists may have just gotten a belated clue why so many in media were reluctant to just accept Giuliani's word about materials they weren't allowed to authenticate.

Hey Trumpalos and Fox and Federalist just wanted to compliment you on your ongoing great judgment in promoting and betting on Giuliani. Well done, you should definitely be leading the country.

the guy who had “Borat sequel catches Rudy Giuliani being a pedophile” on his 2020 bingo card pic.twitter.com/xhnLfNH7Za

Jeffrey Toobin: This is the most embarrassing week ever.

Hey @RudyGiuliani, what do you say about this? You sick dick. https://t.co/E5H4cbeZuk

I did not just spend days living through the Toobin discourse only to have to see pictures of Rudy Giuliani touching himself, people. Take it to Reddit.

ever think about how Rudy Giuliani runs a cybersecurity firm but gets taken in by hucksters every other week?

I don’t know how I feel about folks finding out what a scumbag Rudy Giuliani is about 25 years too late. @RudyGiuliani @realDonaldTrump

It’s where Rudy Giuliani is going to hide? https://t.co/o6gOSOF9wh

This is the most important aspect of the Giuliani situation. https://t.co/PR955Hpm0o