The turmoil caused by the blue shift in Georgia’s election results has caused a major rift among that state’s Republican political establishment.

The two GOP candidates for Senate who were forced into a January runoff election after no single candidate of either party reached the 50% of the vote necessary to definitively win the contest on Election Day — incumbent Senators David Perdue and Kelly Loeffler — have apparently decided to place the blame for their failures to achieve an outright victory on Georgia’s own Republican Secretary of State, Brad Raffensperger.

The duo of disappointed candidates joined Donald Trump in claiming that their failures were due to unspecified, evidence-free irregularities in tabulating the state’s ballots and issued a press release calling for Raffensperger to step down from his office, citing “mismanagement” and a “lack of transparency” as the reasons. 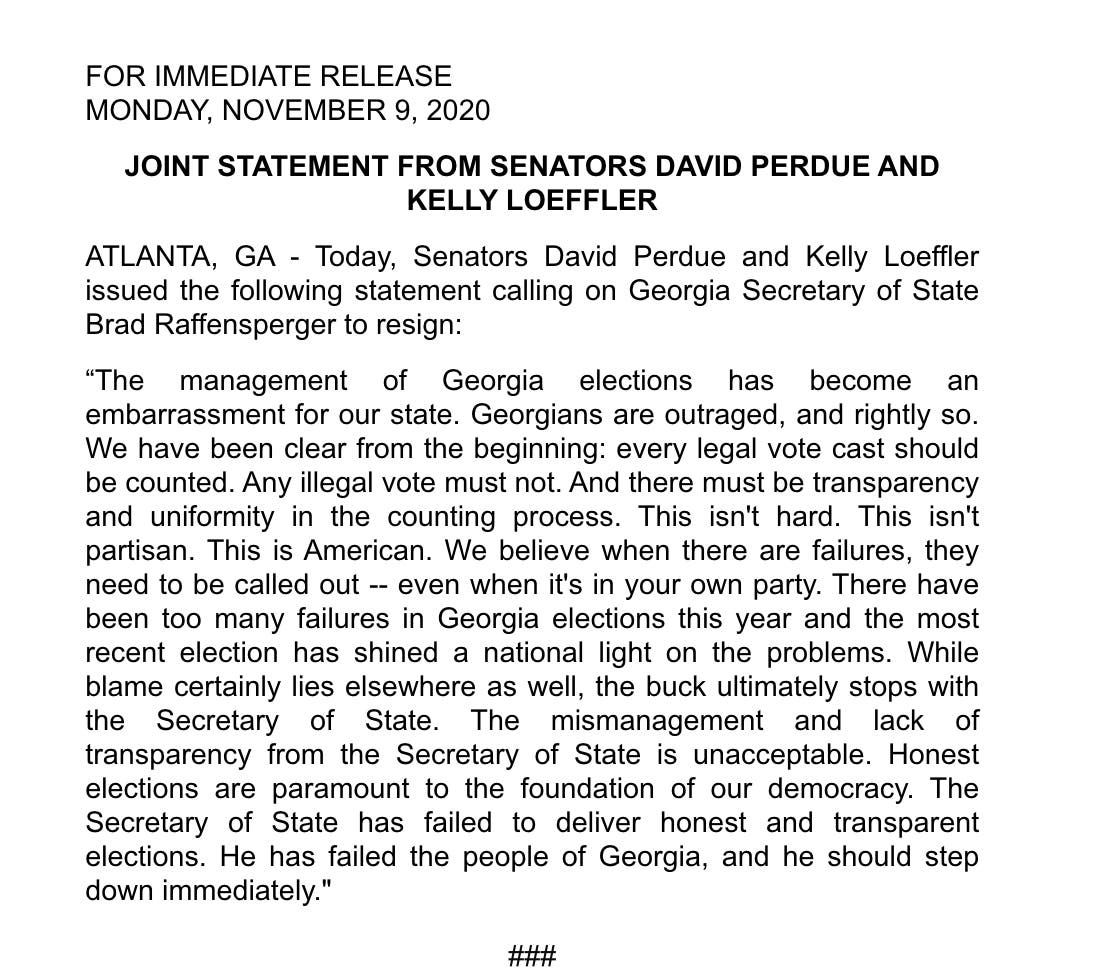 In the world of reality, there are no credible allegations of any actual instances of election fraud or massive problems in counting the votes in Georgia, and people who read the press release on Twitter told the Republican senators exactly what they thought of the cannibalistic collapse of GOP solidarity.

THERE IS NO EVIDENCE THAT THIS WILL BE TRUE.

According to the AP, only three times a recount in Georgia flipped the result the margins were in the few hundreds, not 10k+.

This is not reality, folks!https://t.co/twJi5sIOIQ

And at least one of those two purchased stock in a company whose tech allows my agency to work from home…where we’ve been since March 13.

Playing victim is pretty much the best the @gop has nowadays. 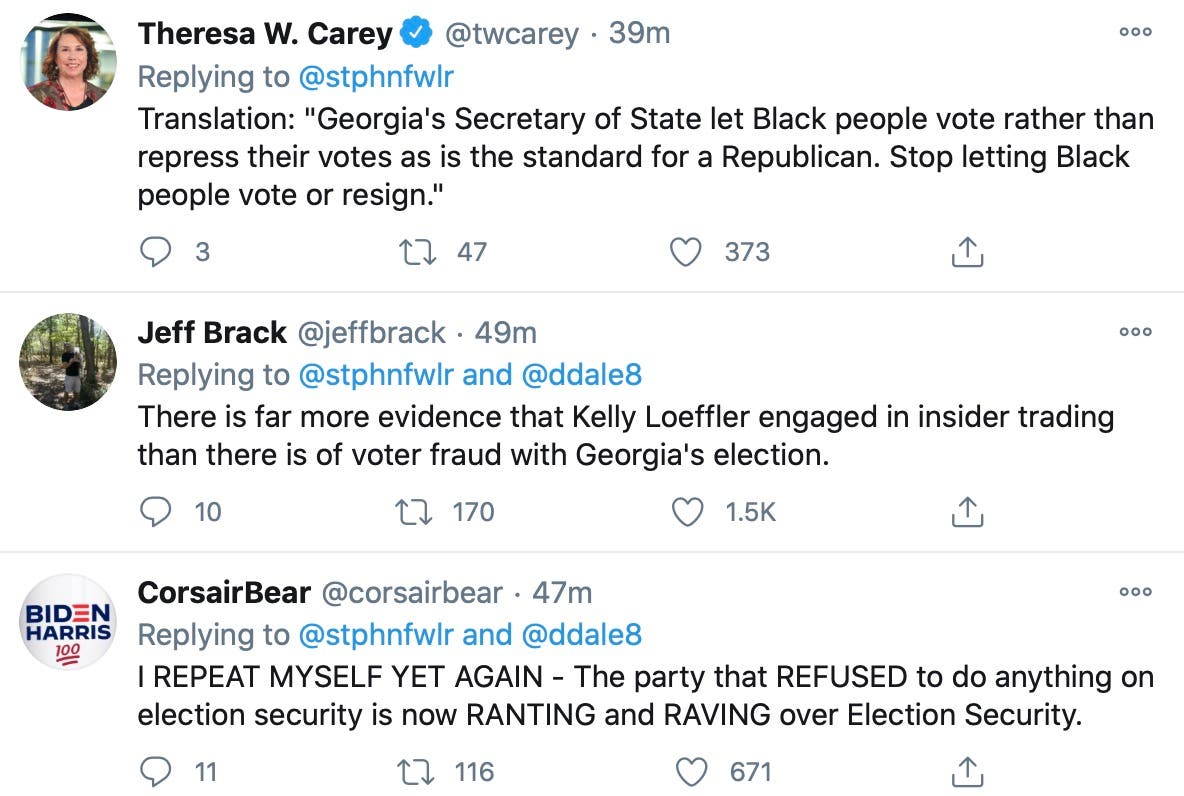 Let’s hope that Georgia voters remember all the reasons neither of the two of the state’s GOP candidates for the U.S. Senate deserves to win another term when the runoff election takes place in January.

You can help the Democrats win control of the Senate and give President-elect Biden the all-blue Congress that he needs to reverse the damage of the Trump era by donating to the two Democratic candidates in the runoffs, Raphael Warnock and Jon Ossoff at this link.

We can ensure that the Senate is flipped and leave the Republicans to fight amongst themselves to ascertain the rightful blame-holders in the aftermath.