Eric Trump is apparently doing his best to live up to the mentally-challenged caricature that he is portrayed as on Saturday Night Live.

RawStory published an account of Donald Trump’s second son’s latest embarrassing blunder, a mishap that will do nothing to counteract the wide-spread image of the executive vice-president of the Trump Organization as not the brightest of bulbs.

At 7:35 AM this morning — exactly one week from the election day that saw his father lose the popular vote by almost 5 million votes — Eric posted a tweet that had some people thinking that perhaps he had been enveloped in some sort of strange mental time warp that had propelled his consciousness a week into the past before the traumatic loss.

“Minnesota get out and vote!!!”, the tweet read, before that is it was quickly deleted. 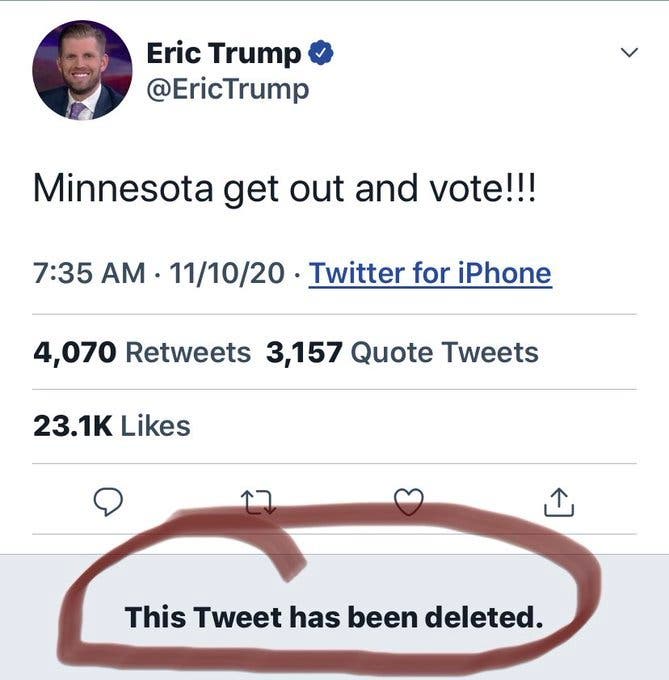 Despite the rapid purging of the tweet, it managed to accumulate sufficient circulation to invite a cascade of ridicule from detractors of Donald Trump and his family, resulting in a torrent of tweets drowning the presidential son in humiliation and derision over his too little, too late campaign message.

He deleted it. But screen captures are forever. pic.twitter.com/i7w66pi0OV

That's what happens when you don't let Barron run tweetdeck.

I’m betting it was a scheduled tweet. That he set up because he didn’t actually know when Election Day was….

As a Minnesotan, I assure you there is not. Though I would happily vote his father out a second time.

As my grandmother used to say
“An empty head rattles the loudest.”

He's referring to the Minnesota Total Landscaping election for Best Back Yard in the Minneapolis/St. Paul region. Big prizes involved. Many people are saying. 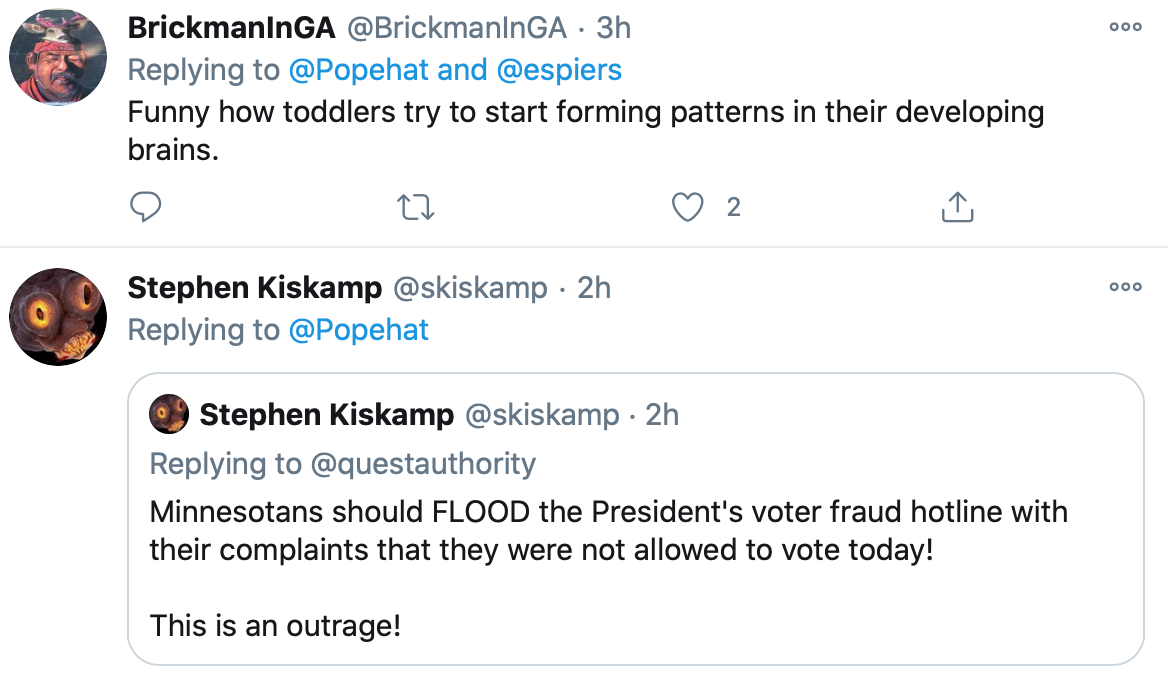 Give the poor man some credit.

At least he had the sense — and the shame — to recognize his mistake and delete the tweet once he did.