Donald Trump announced this afternoon that Attorney General William Barr would be taking his leave from the Trump administration on December 23rd, revealing the news, as is typical for this president, in a Twitter post.

Despite the reassurance that Trump gave that his relationship with Barr “has been a very good one,” the timing of the announcement — which came almost simultaneously with the news that Joe Biden had crossed the 270 electoral vote threshold and was officially the president-elect — and the fawning resignation letter that accompanied the tweet, the departure was not unexpected after Barr refused to confirm Trump’s claims that widespread election fraud led to his defeat.

Indeed, despite the resignation letter, many Twitter commenters asked the question of whether did Barr jump or was he pushed, particularly after Trump denigrated his Attorney General publicly in his social media posts for failing him by not revealing the Hunter Biden FBI investigation until after the election was over?

The replies to Trump’s tweet announcing Barr’s imminent departure ranged from those whose sentiment was essentially goodbye and good riddance to responses that basically taunted the president for his vindictiveness to even his own most servile enablers.

Good riddance to one of the most despicable, nakedly authoritarian and partisan hacks to ever hold the office of AG.

The William Barr resignation letter was clearly written by Trump.

Lesson to others in the Trump orbit – You will be discarded as soon as he has no use for you. Now is the time to stand up for principles and democracy.

Lesson to others in the Trump orbit – You will be discarded as soon as he has no use for you. Now is the time to stand up for principles and democracy.

Did Barr really resign on his own terms or was this a forced “resignation” because Barr refused to go along with Trump’s “election fraud” hoax? The latter seems likely.

Hmmmm, now billy barr has no protections against testifying against Donnie.. Like i keep on saying, Trump continuously fires his staff and makes them prime witnesses against himself.

"We are just leaving early to spend time with our families!" pic.twitter.com/cLx7UMNZVq 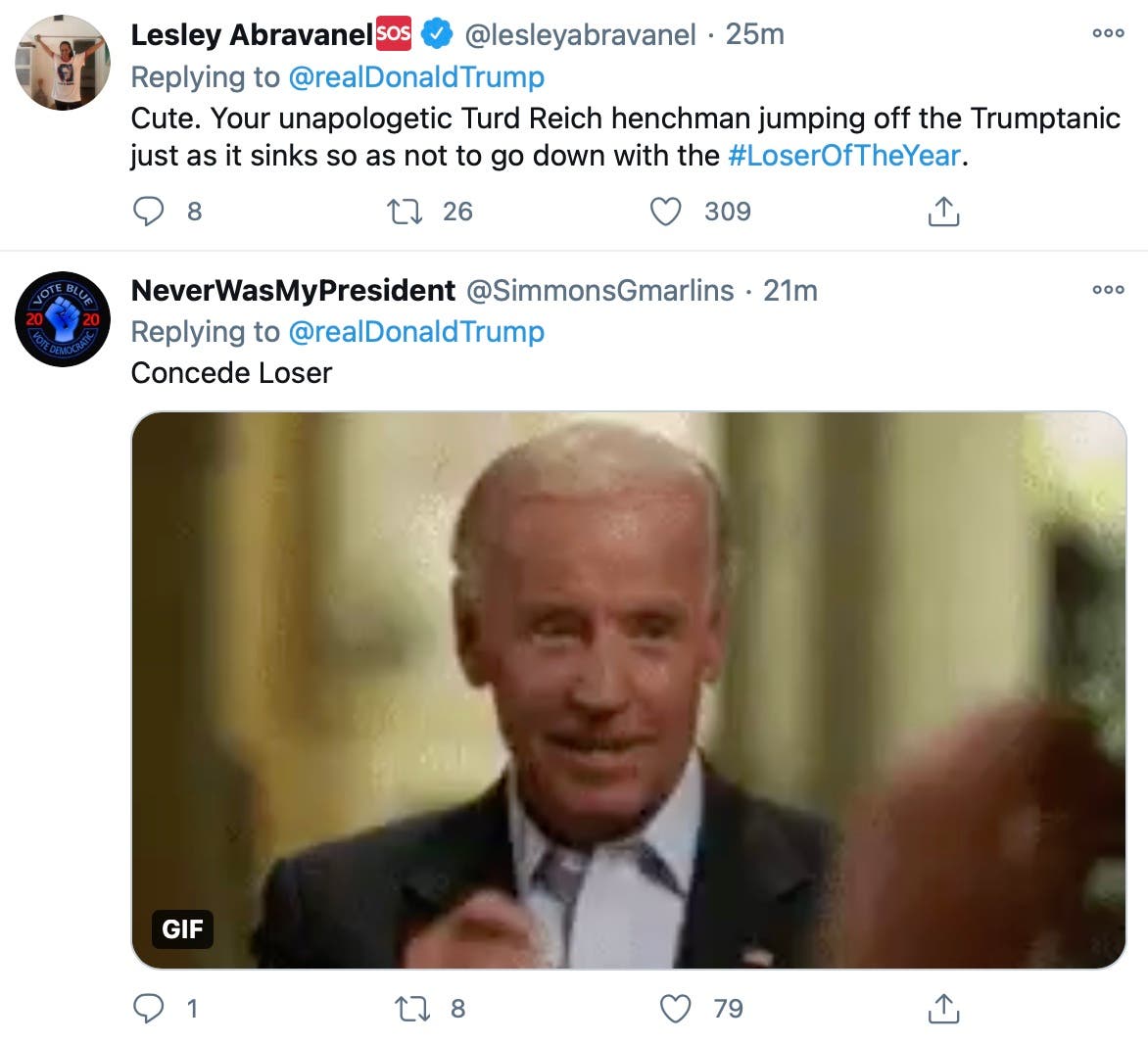 Whether Barr leaves his post right before Christmas or on January 20th when Biden is inaugurated matters little in the end.

What is likely of much greater interest is exactly what Barr is referring to when he says he will be spending the next week “wrapping up a few remaining matters important to the Administration.”

Just like with Trump, many of us won’t trust that Barr is gone and the damage he has done to our society has come to an end until he’s been replaced.

in the meantime, we can celebrate the end of this ignominious chapter in America’s Justice Department, arguably the worst since Richard Nixon’s Attorney General John Mitchell was sent to prison.

It’s not too late for William Barr to follow in his footsteps after the post-Trump investigations begin in earnest.