The COVID-19 vaccine has only been available for one day and Melania Trump is acting like the pandemic is over.

It will take many months before enough Americans are inoculated to make a dent in the virulence of the pandemic, but the First Lady decided that it was now perfectly OK to remove her mask at Washington DC’s Children’s National Hospital while reading a story to the children there.

According to CNN, Melania wore a mask when she first entered the facility and practiced social distancing (likely heavily enforced by the accompanying Secret Service agents) during her visit, but removed her facial covering when she sat down to begin to read aloud from “Oliver the Ornament Meets Marley & Joan and Abbey.”

Melania may have felt — having recuperated from her own bout with COVID-19 and no longer testing positive for the virus — that she posed little risk to the children in her audience.

Or perhaps she felt that the children were already in a hospital so any subsequent illness they may contract could be easily addressed by the attending physicians.

Either way, her risky behavior set an offensively bad example to others and inspired a deluge of recriminations on social media from people who believe that even symbolic gestures are significant, particularly since the First Lady was explicitly violating the Children’s National Hospital’s stated mask policy.

“Everyone must wear a mask at all times while in any Children’s National facility to prevent the spread of COVID-19,” according to the hospital’s policy which includes “wearing a mask when entering any Children’s National building, as mandated by area officials. This includes all public places, such as the hallway and cafeteria,” and “wearing a mask at all times when you are around other individuals.”

Readers of the news of Melania’s maskless reading on Twitter were brutal in their commentary, making an exemption to the Christmas spirit in her case. 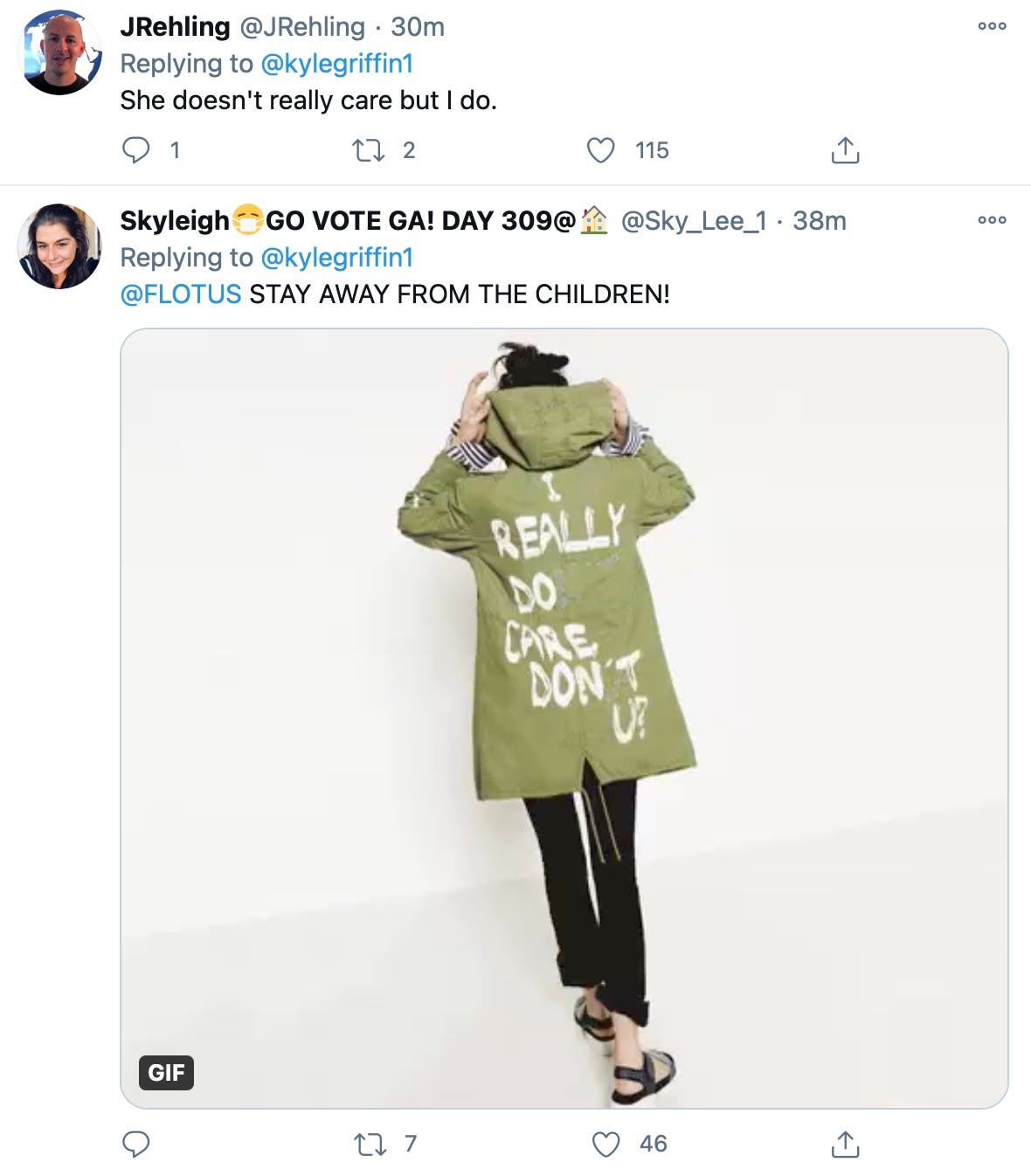 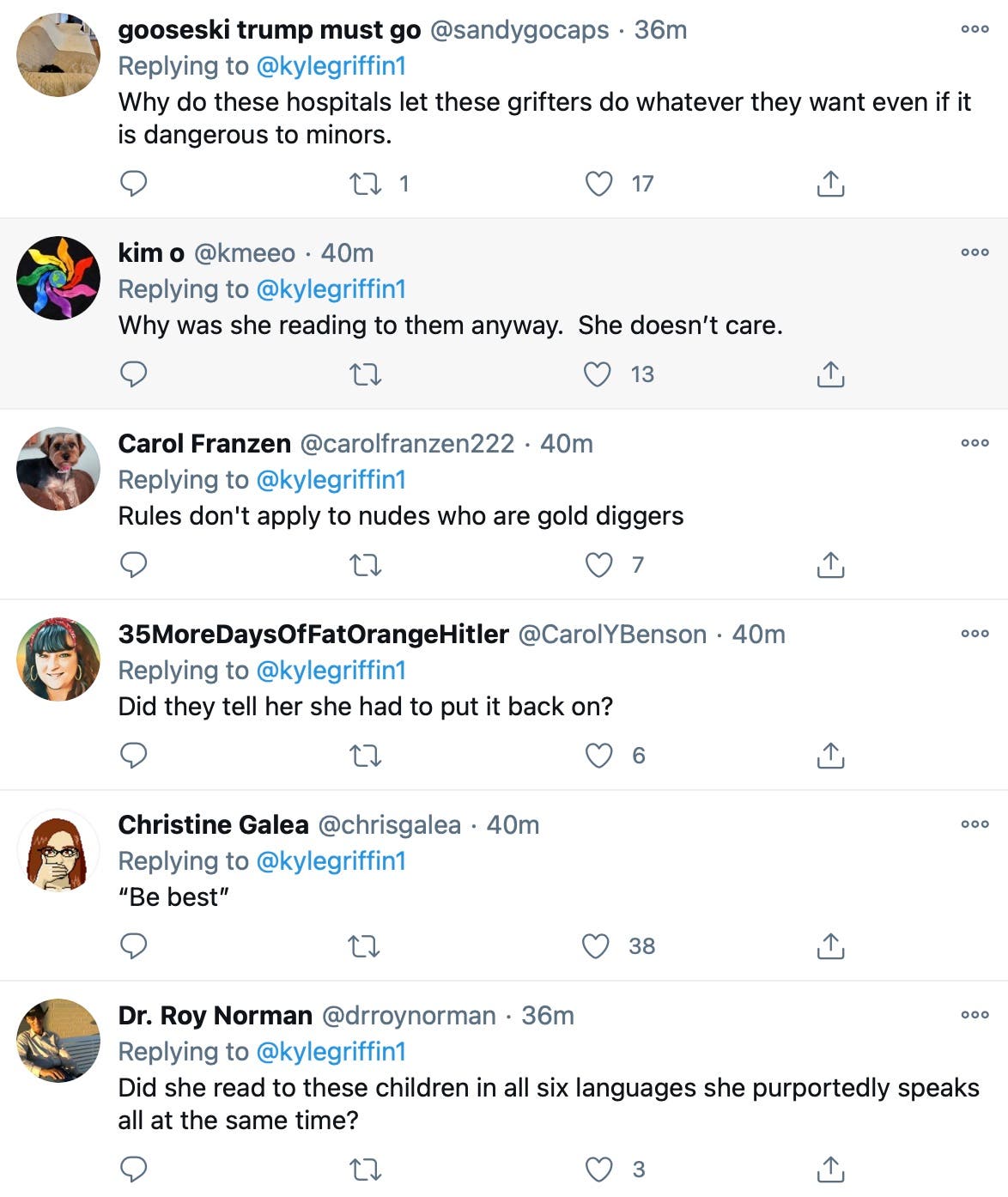 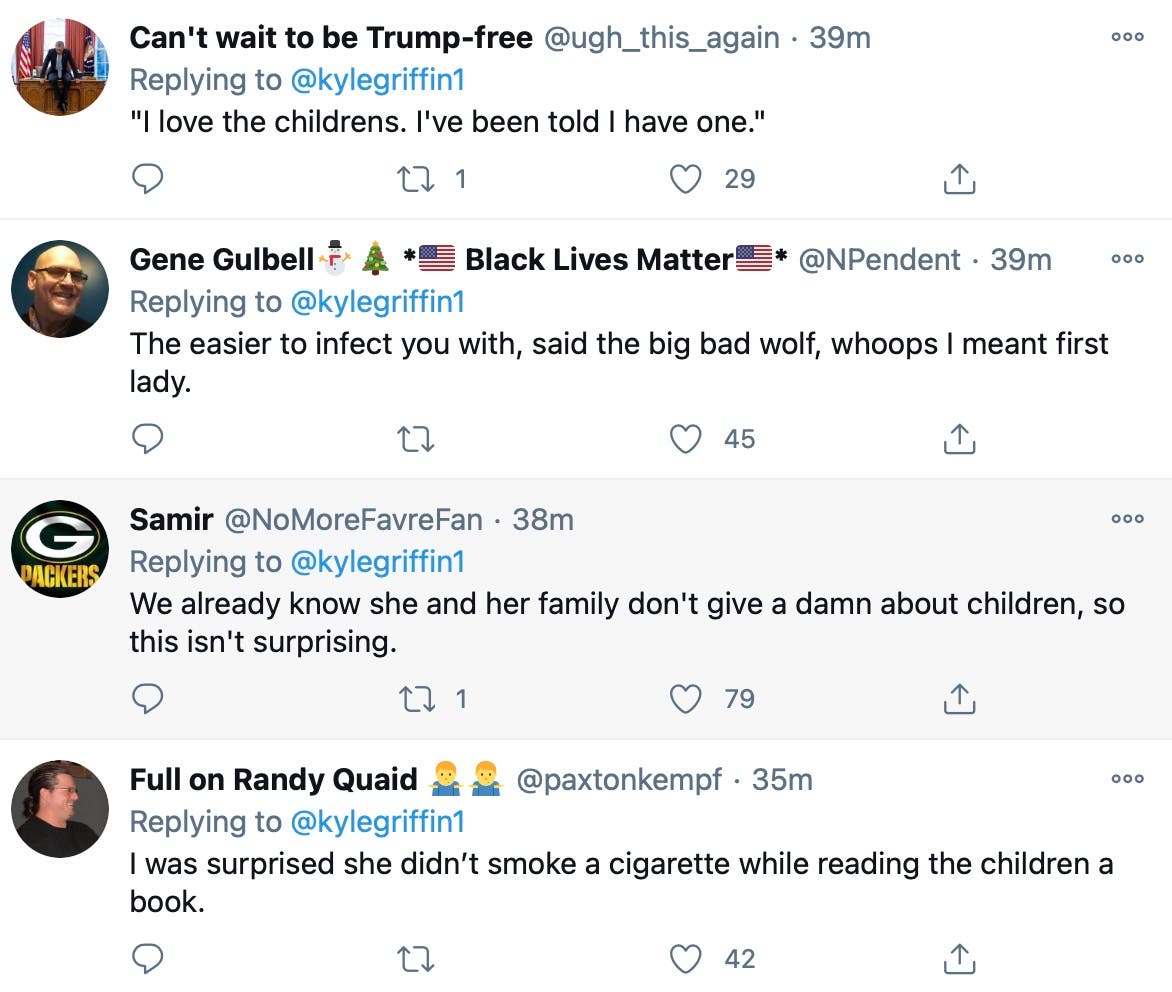 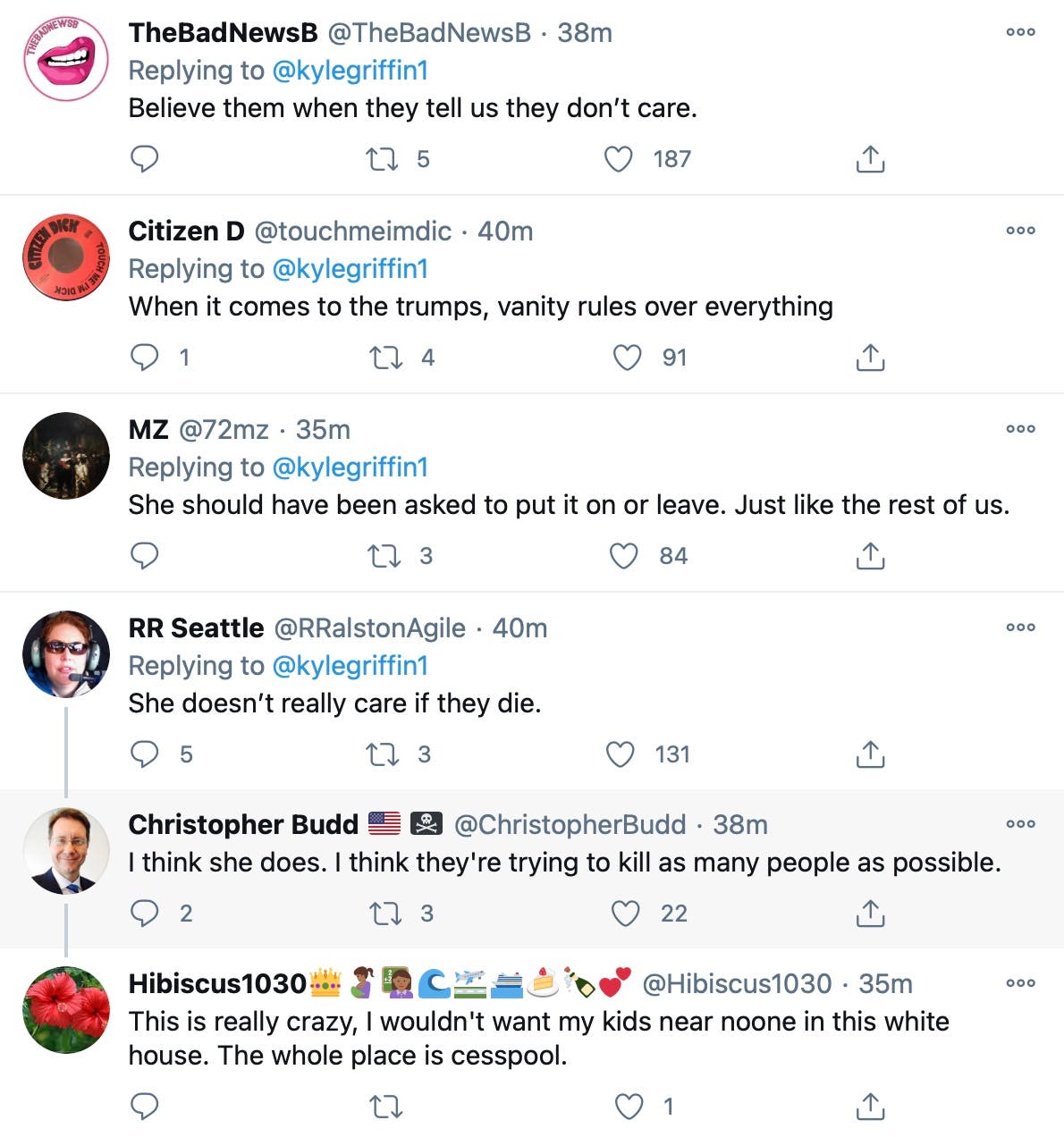 Hopefully, the children who were with the First Lady as she read to them had the prescience to ask Santa for a ventilator for Christmas.

She goes out of her way to pretend to care about Christmas when everybody knows she hates the trappings of the holiday, and all she gets is ridicule and grief.

Good thing she won’t — and we won’t — have to endure this much longer.