How do you say goodbye after months of denying that you actually lost the election, an insurrection attempt, and a second impeachment?

Donald Trump is set to show us how in his farewell address to be delivered at the Air Force’s Joint Base Andrews in the wee hours of an inauguration day morning that’s turning out quite differently than his twisted mind might have imagined.

The Washington Post’s White House reporter Seun Min Kim got a glance at the remarks that Trump is preparing for his sendoff tomorrow as released by his aides, and it shows a defeated exiting president still clinging to delusions of future grandeur and success.

Excerpt from Trump's farewell speech, as released by the White House:

"Now, as I prepare to hand power over to a new administration at Noon on Wednesday, I want you to know that the movement we started is only just beginning."

While the full text of the planned speech has yet to be posted on the whitehouse.gov web repository, even this brief excerpt of Trump’s intended farewell epistle garnered substantial blowback among those who saw the journalist’s post on social media.

Trump isn’t handing over anything, he lost an election by quite a bit. His term is over at noon tomorrow, thanks to him we didn’t have a peaceful transfer of power for the first time in decades. Hopefully he will be too busy in court defending himself to be a force in politics.

Tell: any written words, and not complete nonsensical word salad.

We need to guard vs Dem electorate complacency & expect that like with Obama, there will be a right-wing backlash/reflexive opposition (McConnell’s famous quote) and insurrectionists/racists/supremacists will try every method to get their power back in elections or extra-legally

That will require a yuge amount of flushing…

Without a doubt. It is a threat. 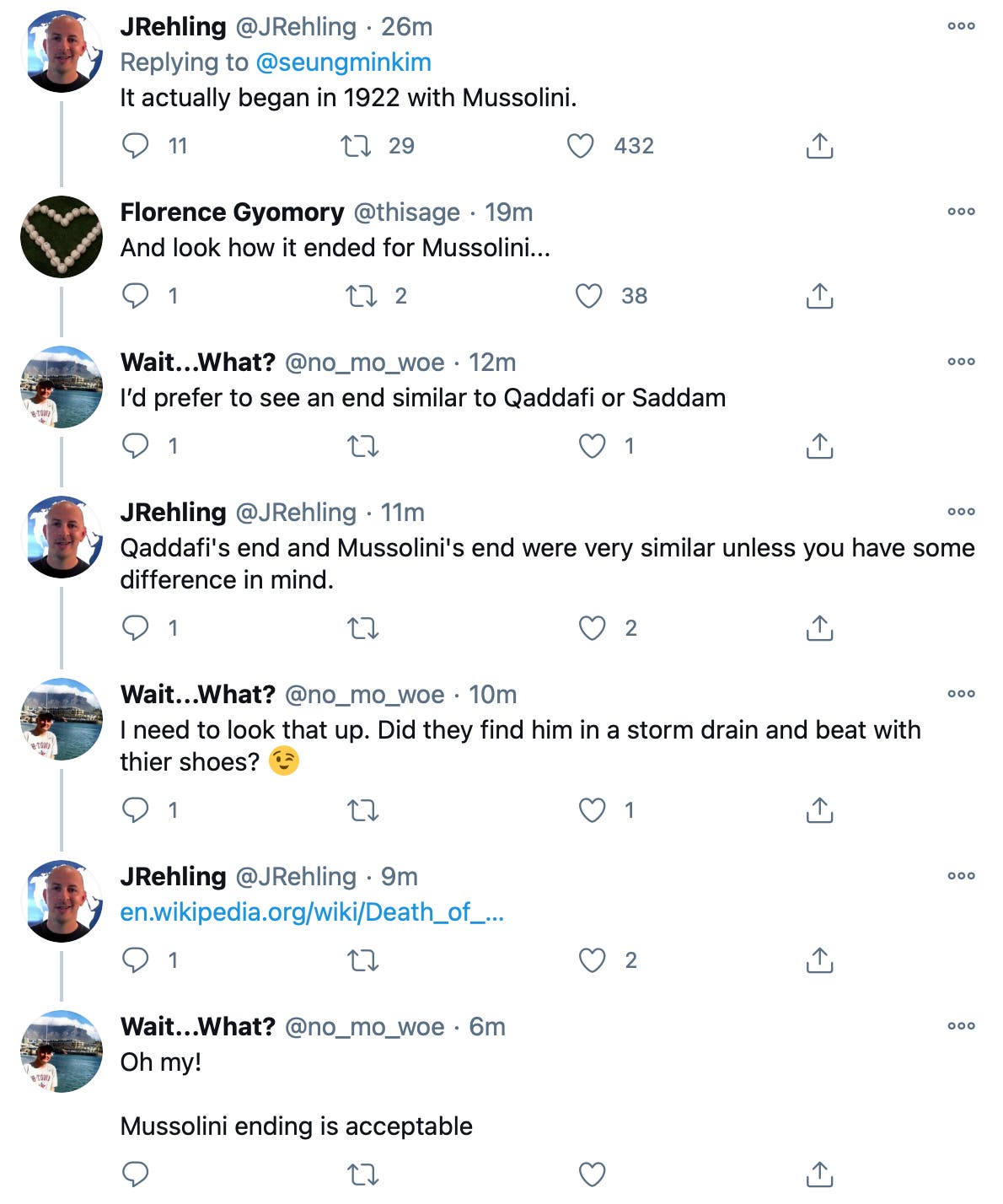 "Now, as I prepare to hand power over to a new administration at Noon on Wednesday, I want you to know that the [INSURRECTIONIST SEDITIONIST] movement [ENGAGED IN DOMESTIC TERRORISM] we started is only just beginning [TO BE CRUSHED BY A NEW SHERIFF IN TOWN]." Fixed it.

Whatever else Trump may add to his farewell speech, his legacy of failure, bigotry, and hatred will follow him the rest of his life, the majority of the remainder of which he will likely spend in courtrooms and the prison system.

That’s the movement we want to see: Trump’s removal from a life of liberty and freedom and into the incarceration that will finally provide accountability for his criminal presidency.

UPDATE: Trump just posted a video of his farewell speech on YouTube. Sharing on the video seems to be disabled, but you can watch it at this link.