Within hours of President Joe Biden being inaugurated, the architect of the Trump administration’s most horrifying policies piped up on Twitter to talk trash.

Stephen Miller’s long-dormant Twitter account flared to life this afternoon, its first-ever post containing an avalanche of the same kind of absolutely heinous white supremacist dog-whistles and misinformation we saw coming from the Trump White House on a daily basis.

Miller must have taken it personally to see President Joe Biden’s day one revocation of most of the skull-faced ghoul’s personal racism agenda, especially the ending of the Muslim travel ban which Miller had attempted to institute early in Trump’s presidency.

Today, @POTUS pledged to be a president for all Americans. It’s unclear how all Americans are served by opening travel from terror hot spots, proposing a giant amnesty, or halting the installation of security barriers along the Southwest border.

In case you need a little refresher on what Stephen Miller is responsible for:

Perhaps Miller’s ambitions in the Republican Party extend further than to be just the puppeteer behind a stupid and lazy fascist. If he’s trying to use the Twitter lessons he learned from Trump, however, he’s going to have to think again.

Social media users immediately bombarded the devious little freak with all the hate mail he deserves, racking up over 11,000 furious responses in a little over an hour. 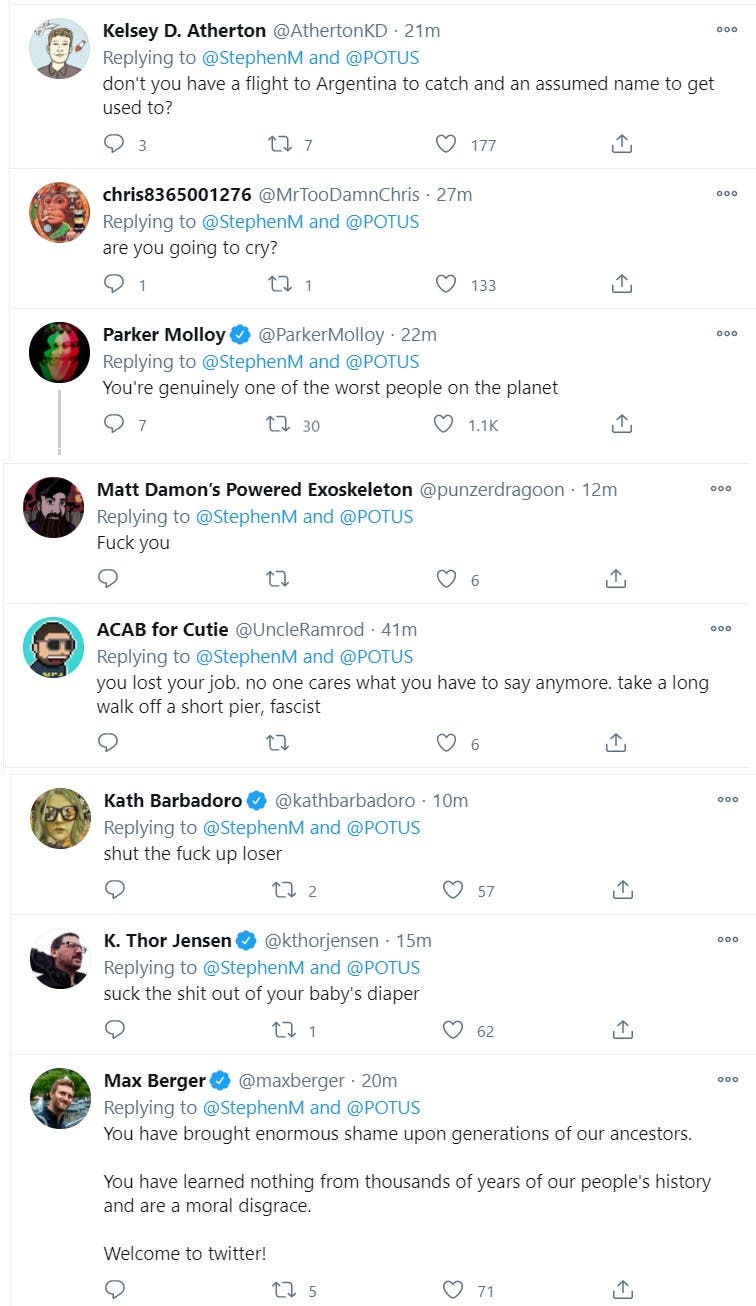 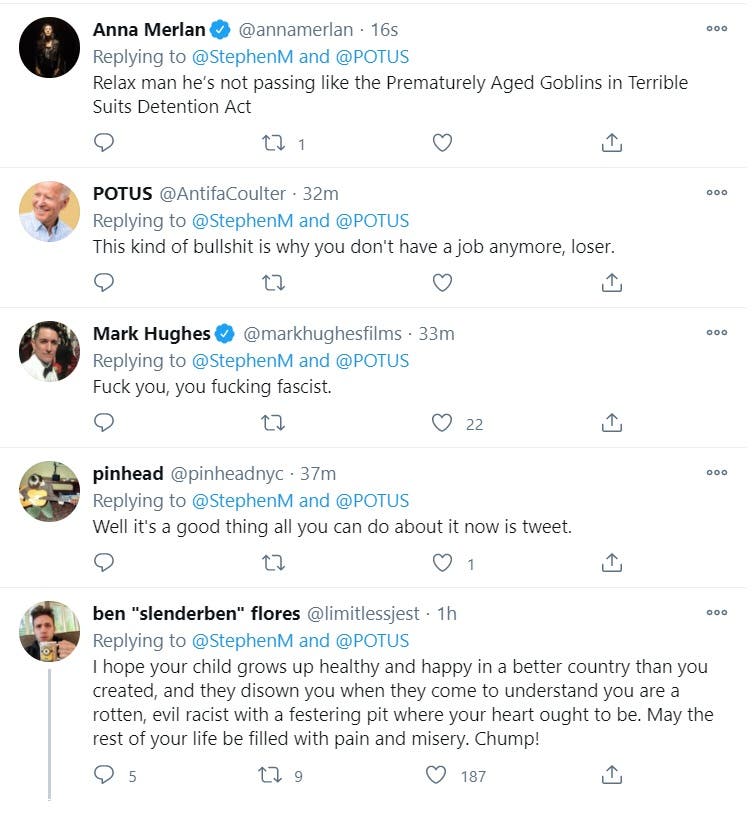 This public pillorying is only the least of what Miller deserves. If the Biden administration truly wants to see justice, Miller will see a trial for crimes against humanity.