One would think that it’s National Transphobia Day judging from the level of bigotry displayed by some Republicans on Capitol Hill.

First, there was the petulant exhibition of hateful prejudice made by Congresswoman Marjorie Taylor Greene (R-GA) when she countered a transgender flag placed in the hallway across from her office by Rep. Marie Newman (D-IL) — a Democratic colleague who has a transgender child — with a spectacularly ignorant and untruthful sign declaring that there are only two genders, male and female, and to “trust the science,” despite the fact that science says nothing of the sort.

Then came Senator Rand Paul’s (R-KY) appalling comments during the confirmation hearings for Dr. Rachel Levine, a trans woman nominated by President Biden to become assistant secretary of health who would become the nation’s first openly transgender federal official if she is confirmed by the U.S. Senate.

When it was Senator Paul’s turn to question Dr. Levine in the confirmation hearing, he launched into a leading question that had as its basic premise that any form of transition surgery conducted to help a person have their body conform to their gender identity is equivalent to the genital mutilation inflicted on biological females to control their sexual behavior by some regressive cultures.

Obviously, such a characterization as Senator Paul made about gender reassignment surgery today is deeply offensive to those in the transgender community who have struggled with discrimination, bigotry, and bullying for so many decades until recent efforts at providing equal rights and job protections for LGBTQ people.

The responses on social media to Paul’s disrespectful interrogatory to Dr. Levine were suitably derisive for the severity of the insult his words were likely intended as. 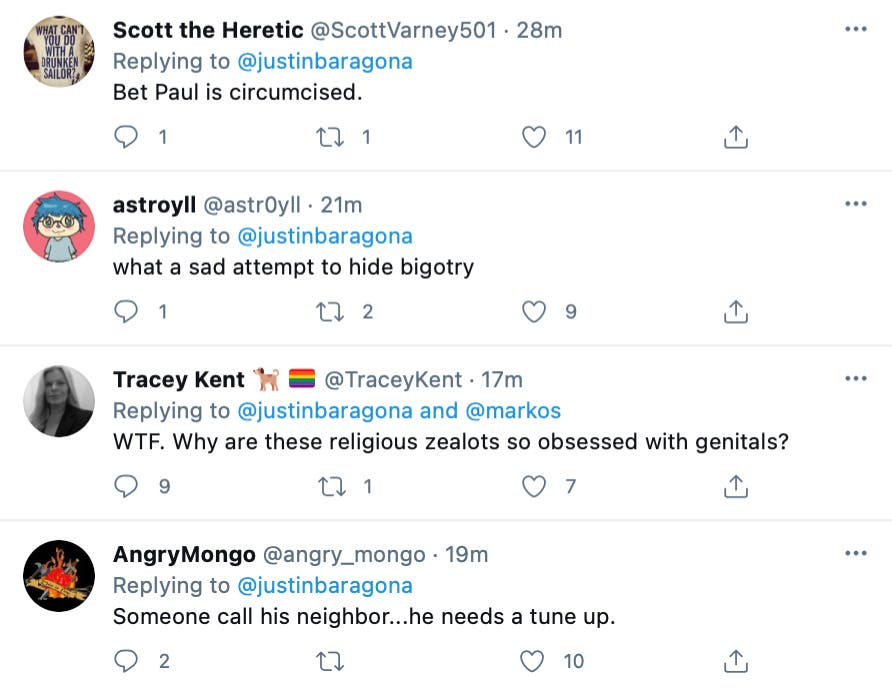 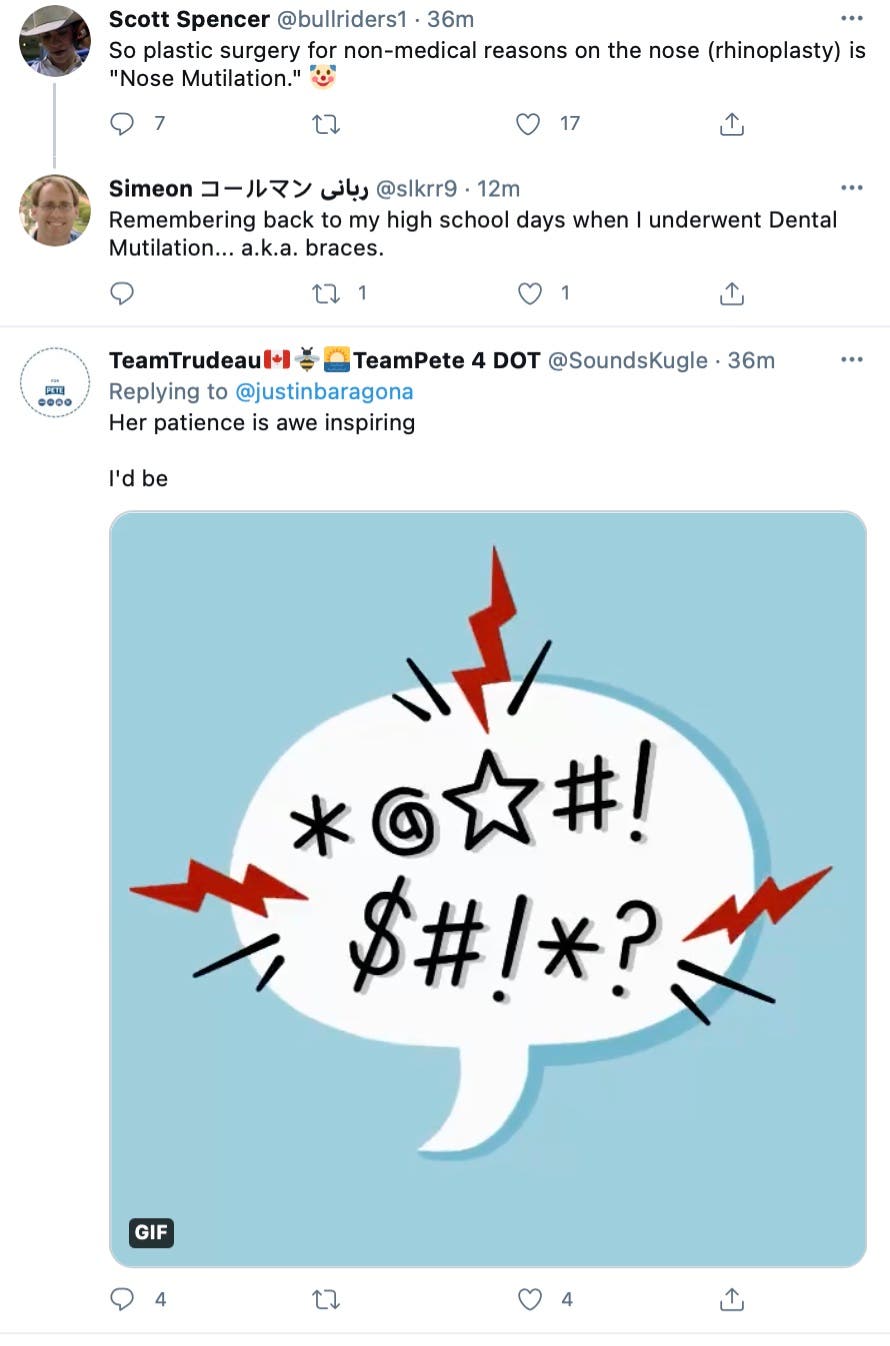 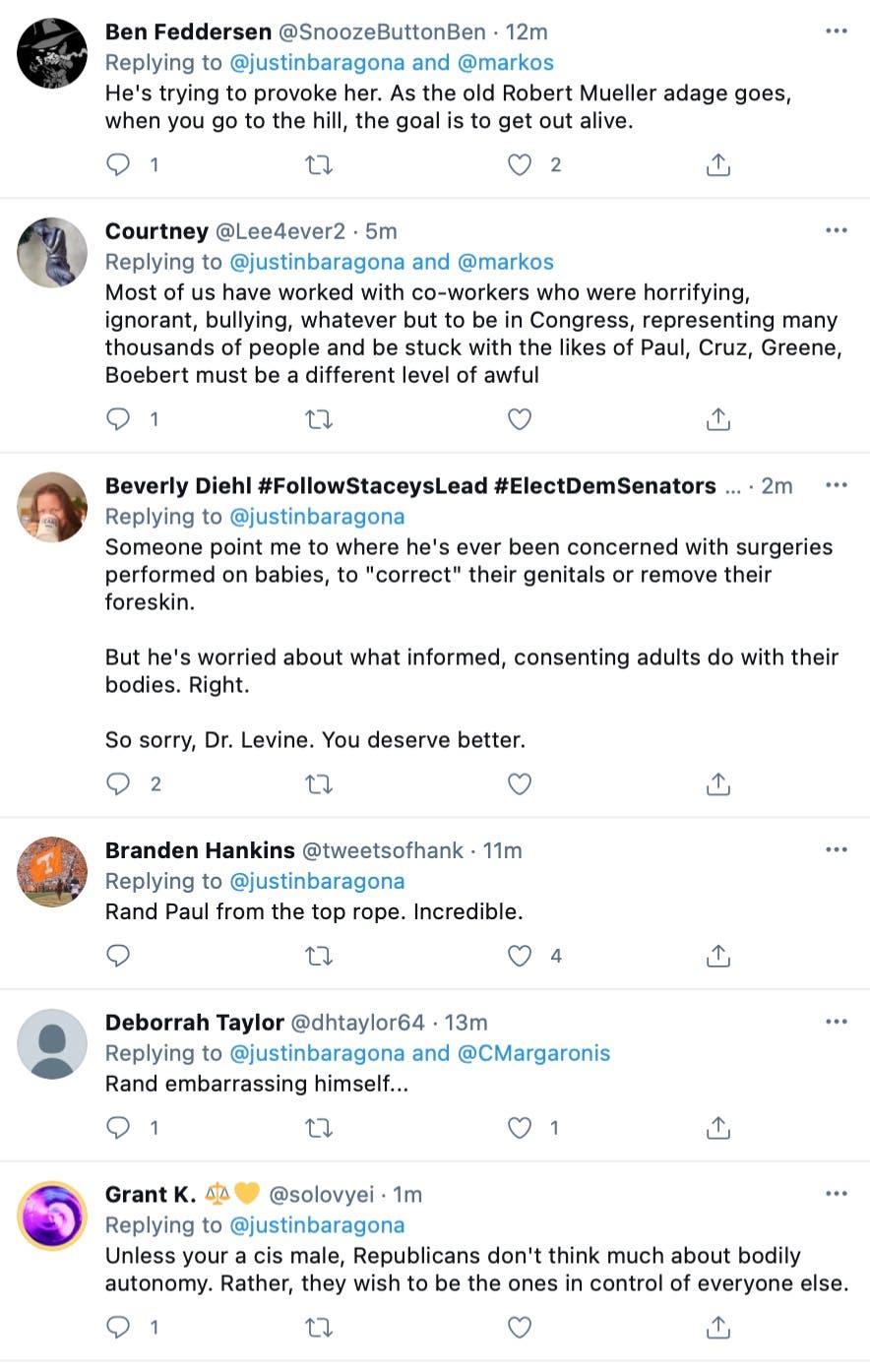 While there is no word on where Senator Paul stands on the circumcision of young boys without their consent, one would expect that such a practice, as regularly conducted in U.S. hospitals, would fall under his description of genital mutilation as well.

Perhaps his obsession with this subject is some lingering resentment on the part of the Kentucky senator for his own childhood fate.

Either way, that such bigotry persists in the 21st century simply demonstrates how far our society still has to go to achieve true equality of treatment among all genders, races, and creeds.