After managing to successfully derail President Biden’s pick for the head of the White House Office of Management and Budget, Neera Tanden, over the issue of her mean tweets, Republicans are now looking to repeat that tactic with another of the new administration’s nominees.

Tanden — whose indelicate social media posts paled in comparison to the online bullying of the former president and political leader of the GOP — withdrew her nomination from consideration after facing harsh questioning from Republican senators at her confirmation hearing and learning that at least one Democratic Senator, the conservative Joe Manchin (D-WV), would vote against her, a death knell in the evenly divided Senate.

Now, the Republican opponents of the Biden Administration are aiming their sights at Colin Kahl, who has been nominated for undersecretary of defense for policy.

The GOP senators were already opposed to supporting Kahl’s appointment to the position due to his strong advocacy for the Iran nuclear deal, his opposition to sanctions on Iran, and his accused involvement in having a statement affirming Jerusalem as Israel’s capital removed from the 2012 Democratic Party platform.

It is Kahl’s social media posts, however, that provided a convenient hook for the GOP senators to attack his nomination.

His propensity to send out highly partisan — if devastatingly accurate — tweets attacking the Republican Party as “the party of ethnic cleansing” and “a clown show,” as well as posting deadly missives targeting individual senators, provided the GOP with a bountiful supply of hypocritical ammunition to oppose his confirmation.

Take a look at a few of the posts that sent Republican senator’s blood pressure boiling as if they had never read a tweet from Donald Trump. 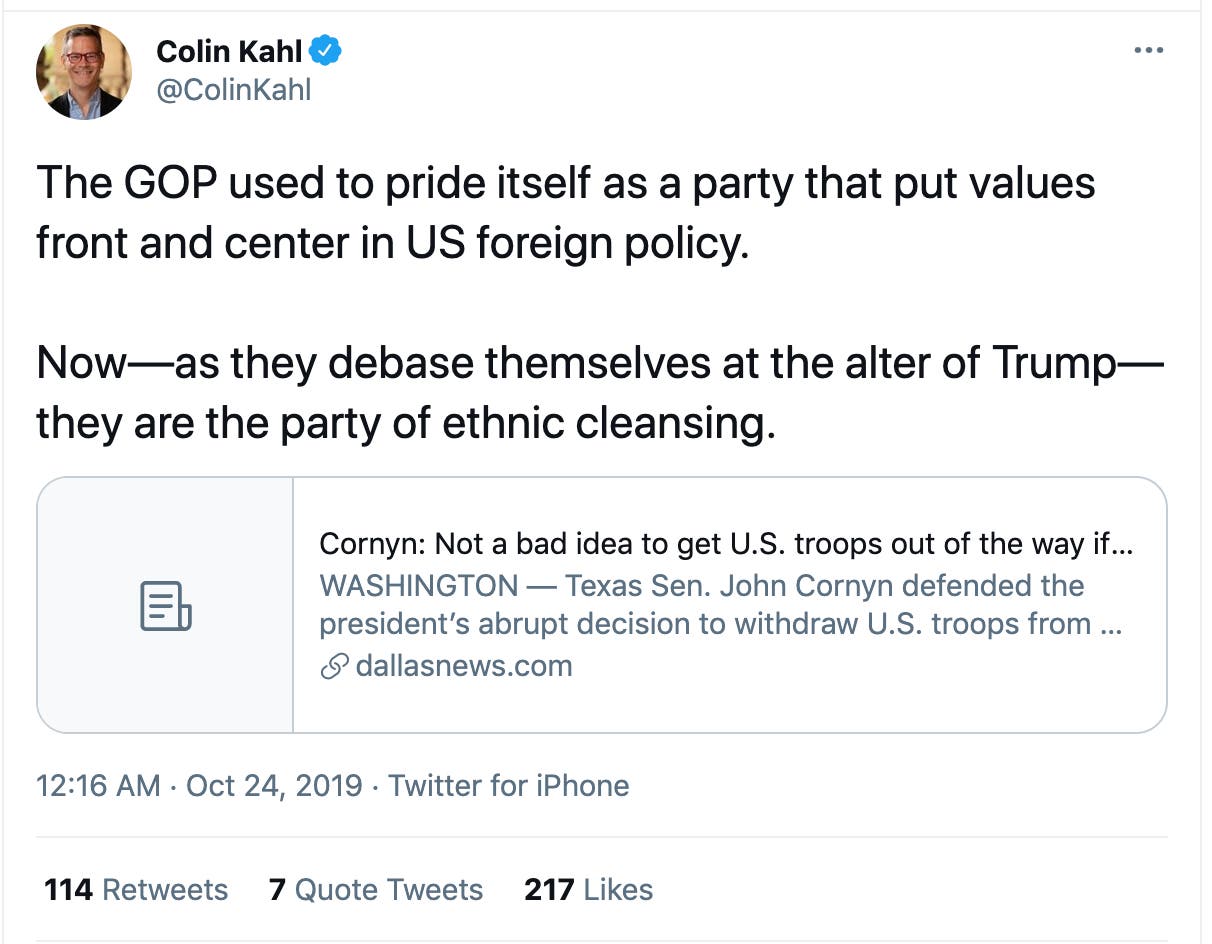 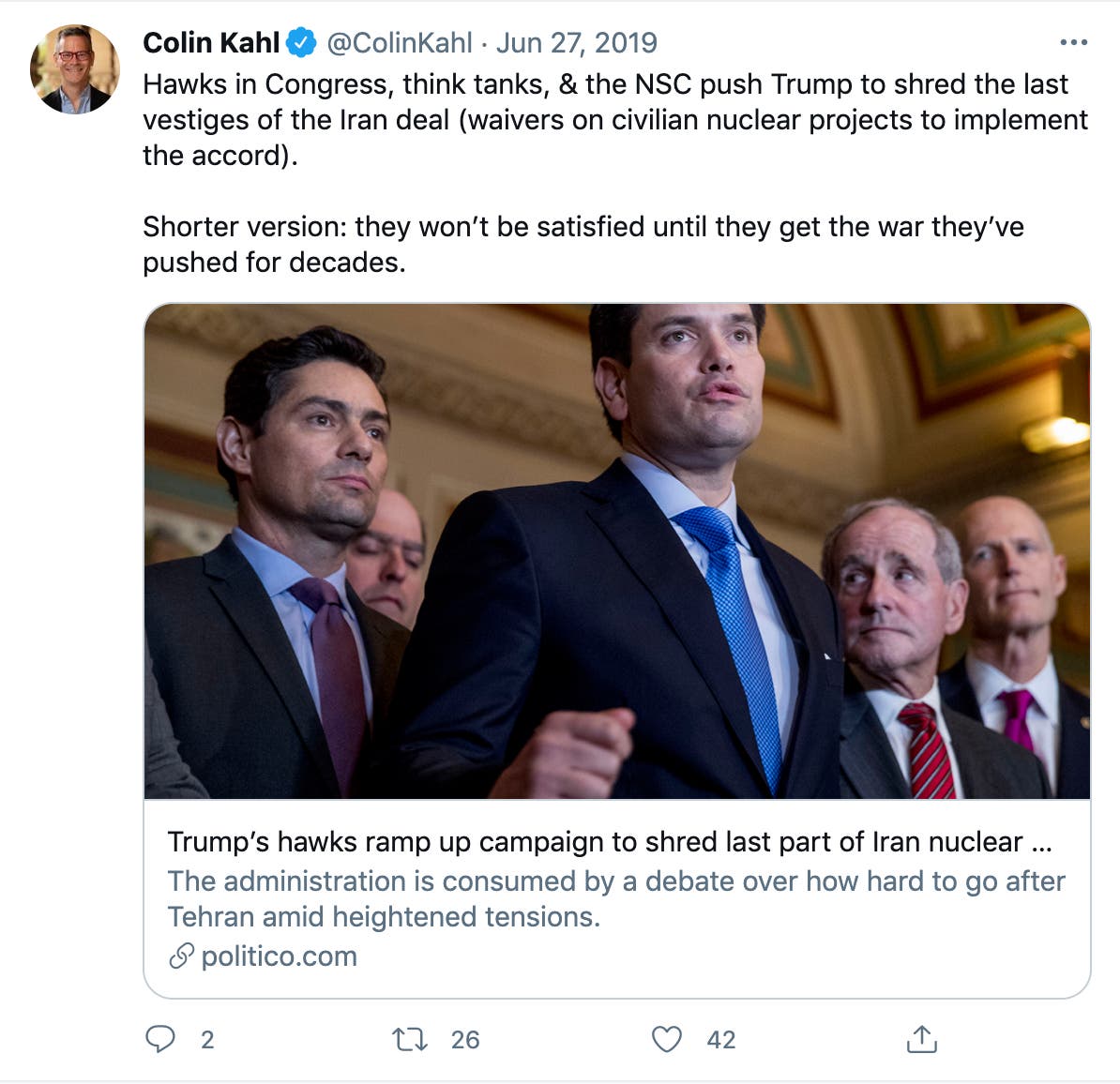 It seems quite clear from his posts that Kahl is a Democrat who has said nothing more than what countless politicians of his party have repeated over and over again during the Trump years.

While attacking President Biden for not following through on his promises of a bipartisan approach to governing, the Republicans are flashing their blood-drenched partisan fangs as they prepare to try to prevent another one of the president’s nominee from taking office, based entirely on their reactions to tweets that have not a shred of falsity in them.

“Sen. Marsha Blackburn (R., Tenn.) announced this week that she would oppose Kahl’s nomination due to serious policy disagreements. Other Republicans have also privately expressed concerns about Kahl’s views and held a closed-door meeting to discuss the nomination on Wednesday,” according to the Washington Free Beacon.

With Neera Tanden’s nomination already shot down, it remains to be seen if the Biden administration will fight forcefully for its choice for the next undersecretary of defense for policy.

More importantly, how will the conservative Democrats like Joe Manchin react to Kahl’s social media presence?

Stay tuned for the denouement of this latest political warfare.

Original reporting by Alana Goodman at The Washington Free Beacon.