Ted Cruz has a lot of nerve.

The Texas Senator is barely a month removed from the fallout of his cowardly attempt to fly to Cancun while his constituents huddled in the freezing darkness of an unprecedented ice storm, and he has the gall to criticize Vice-President Harris about her priorities?

Last night, Cruz continued cultivating his new persona as an immature, excessively online shitposter by quote-tweeting a hyperbolic story from right-wing rag RedState about how Vice-President Kamala visited a bakery during a trip to Chicago.

Vice-President Harris has been delegated the Biden administration’s “border czar” in response to a sharp uptick in asylum-seekers at the border and has quickly become a whipping boy for the rabid right-wing propaganda machine as they try to spin the arrival of hurricane victims into a xenophobic scandal.

In their twisted eyes, Kamala Harris should be spending every day standing at the border and personally telling each terrified migrant family that they’re not wanted here, and anything less means that she’s not doing her job properly. It doesn’t suit their hateful, hyperpartisan narrative to acknowledge the fact that policy and governance are not done through performative cosplay stunts — like when Ted Cruz himself recently went to the border and to film himself looking scared — but by the tireless and unacknowledge behind-the-scenes that doesn’t make for snappy cable news clips.

Ted Cruz is a United States Senator. If he’s really so concerned about the arrival of immigrants at the border, then maybe he should get to work and write some laws instead of posting snarky tweets and dressing up like a cheeseburger cowboy for a desert photoshoot.

Social media immediately unloaded on Cruz for his infuriating post:

This asshole is so shameless that Kamala could literally go to Cancun and he’d still smugly tweet “priorities.”

And what exactly was your priority when you flew out to Cancun with your family while the people in your state were freezing to death and had no power or water because of a winter storm? 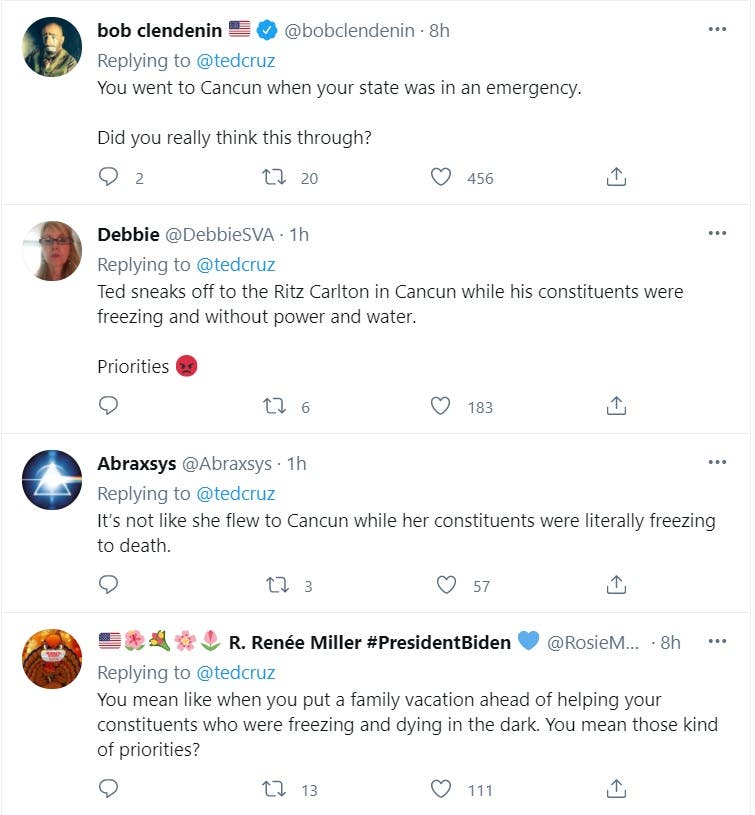 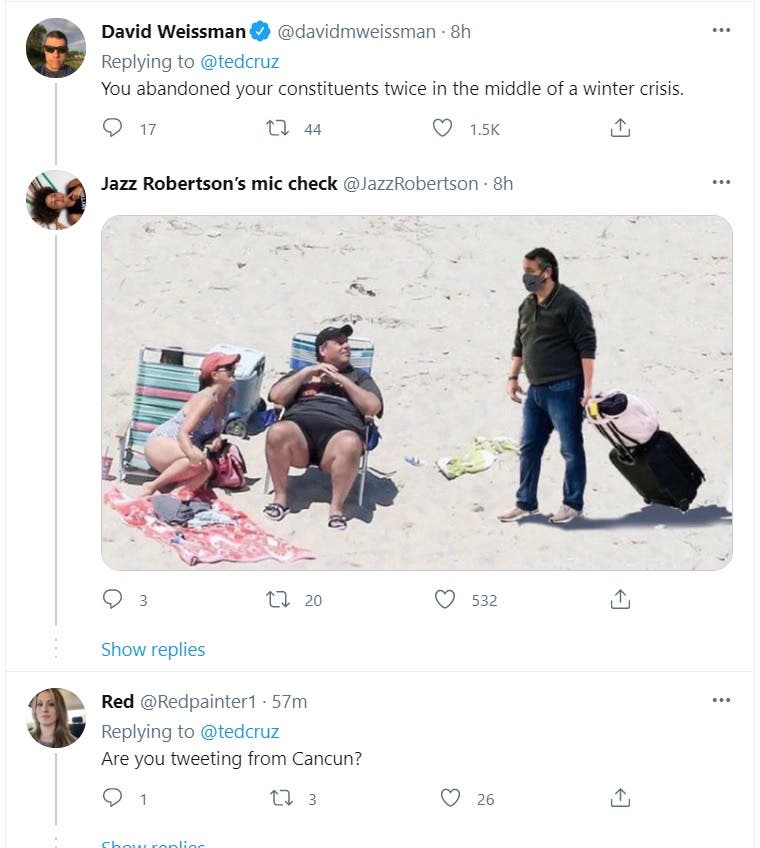