As people across the nation celebrated the historic guilty verdict in the trial of police officer Derek Chauvin for the murder of George Floyd, the QAnon-devotee Congresswoman Marjorie Taylor Greene (R-GA) was having another reaction entirely.

With her statement that Black Lives Matters protestors are “the strongest terrorist threats in our county,” the co-founder of the failed America First Caucus, displays her white supremacist ideology as overtly as ever — while simultaneously revealing her sloppiness and stupidity by typing “county’ instead of “country” — while ignoring the obvious fact that it is the extremist right-wing militias like the Oath Keepers, Proud Boys, and Three Percenters (whom she counts among her core supporters and friends) who actually pose the most serious threat to our nation’s peace and stability.

Even worse than Congresswoman Greene’s misattribution of the greatest threat facing America is her complete distortion of the facts on the ground in Washington DC as she projects her own paranoia upon the federally unrepresented citizens of our nation’s capital, stoking fear and animosity in the hearts and minds of her gullible followers.

Those DC residents, who were supposedly cowering their homes, emerged on social media after Greene posted her tweet to paint a very different picture of the atmosphere in the city on the day of the much-anticipated verdict.

Nice work, Marge. You've shown us you're a kooky liar yet again.

BTW, if you're wondering, here's the Capitol 6 hours after Trump's "Save America" rally on 1/6

the Capitol 6 hours after the Chauvin guilty verdicts.

I think she means "her kind of people" weren't out there. The angry, vitriolic white supremacists stayed in, and little Marjie is unhappy about that. It says a lot.

It's a lie. I'm in DC. There's not a single true word. I was out amongst lots of other people because it was a beautiful 72 degree spring evening.

Is that a building… or a train stop for the Q-Rube Money train?

Plus she's lying! DC was busy, no riots, no police! Plus she's inciting her white supremacist buddies by saying black lives matter activists are terrorists. Where's @GOPLeader with his motion to censure now?? 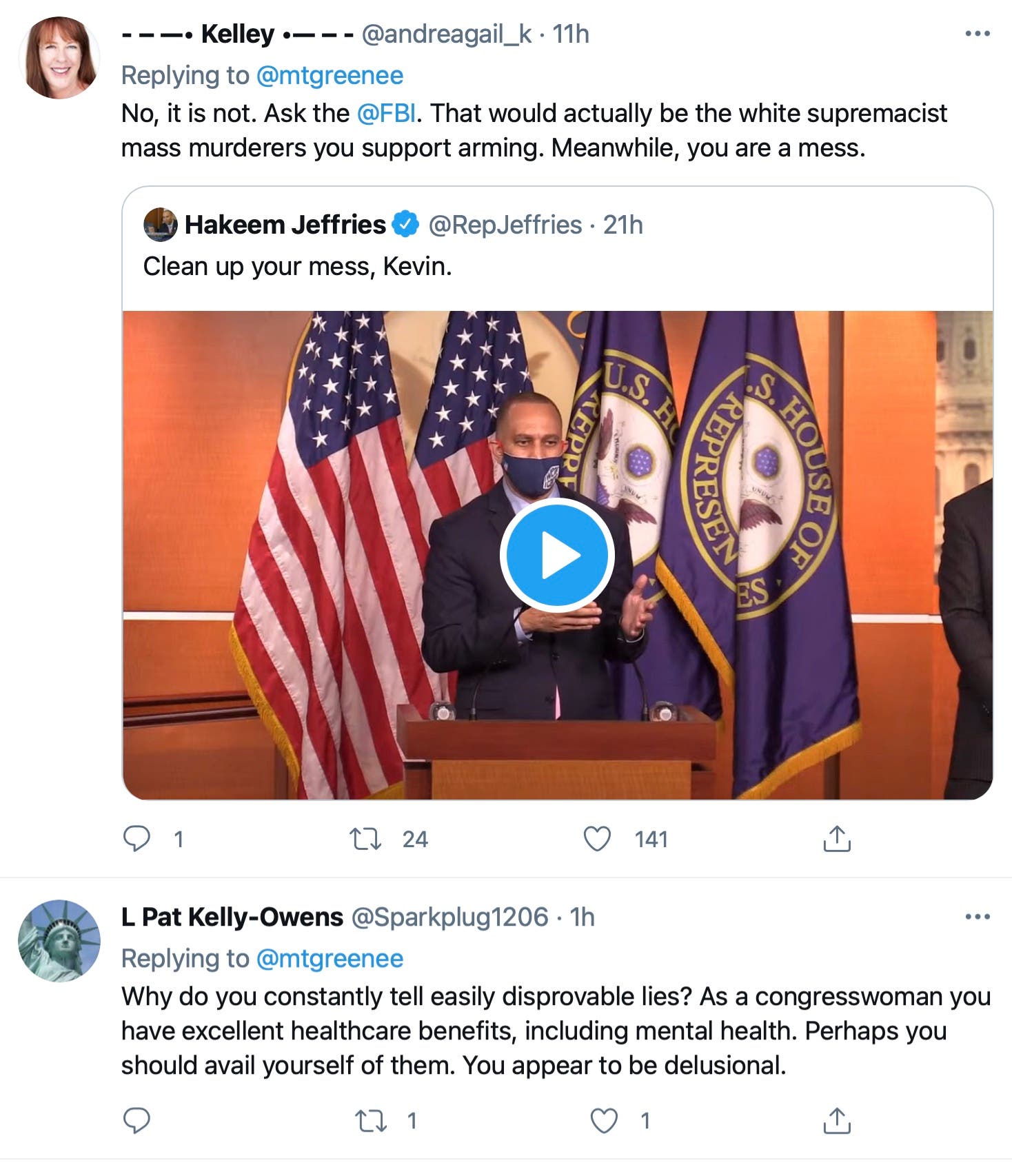 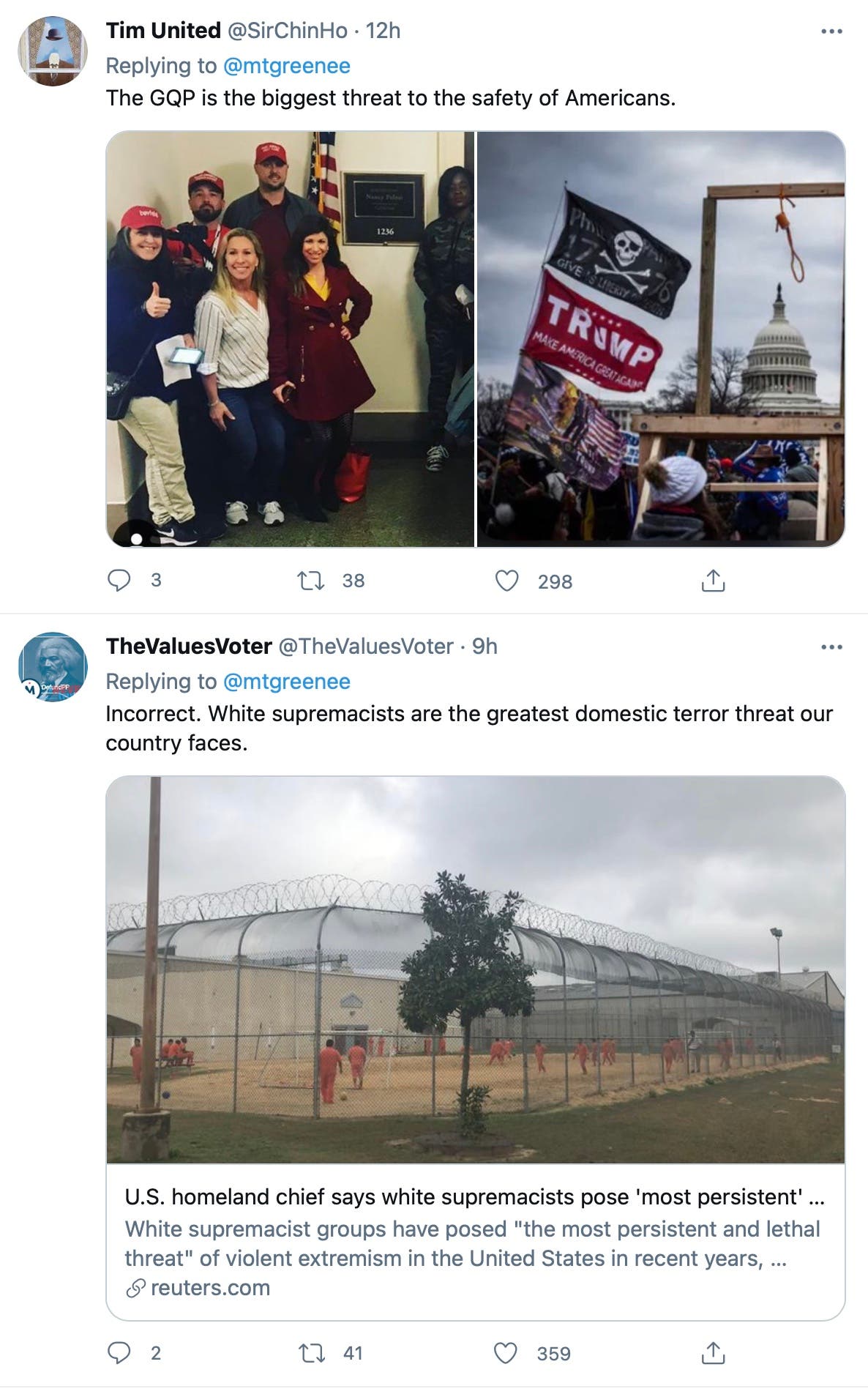 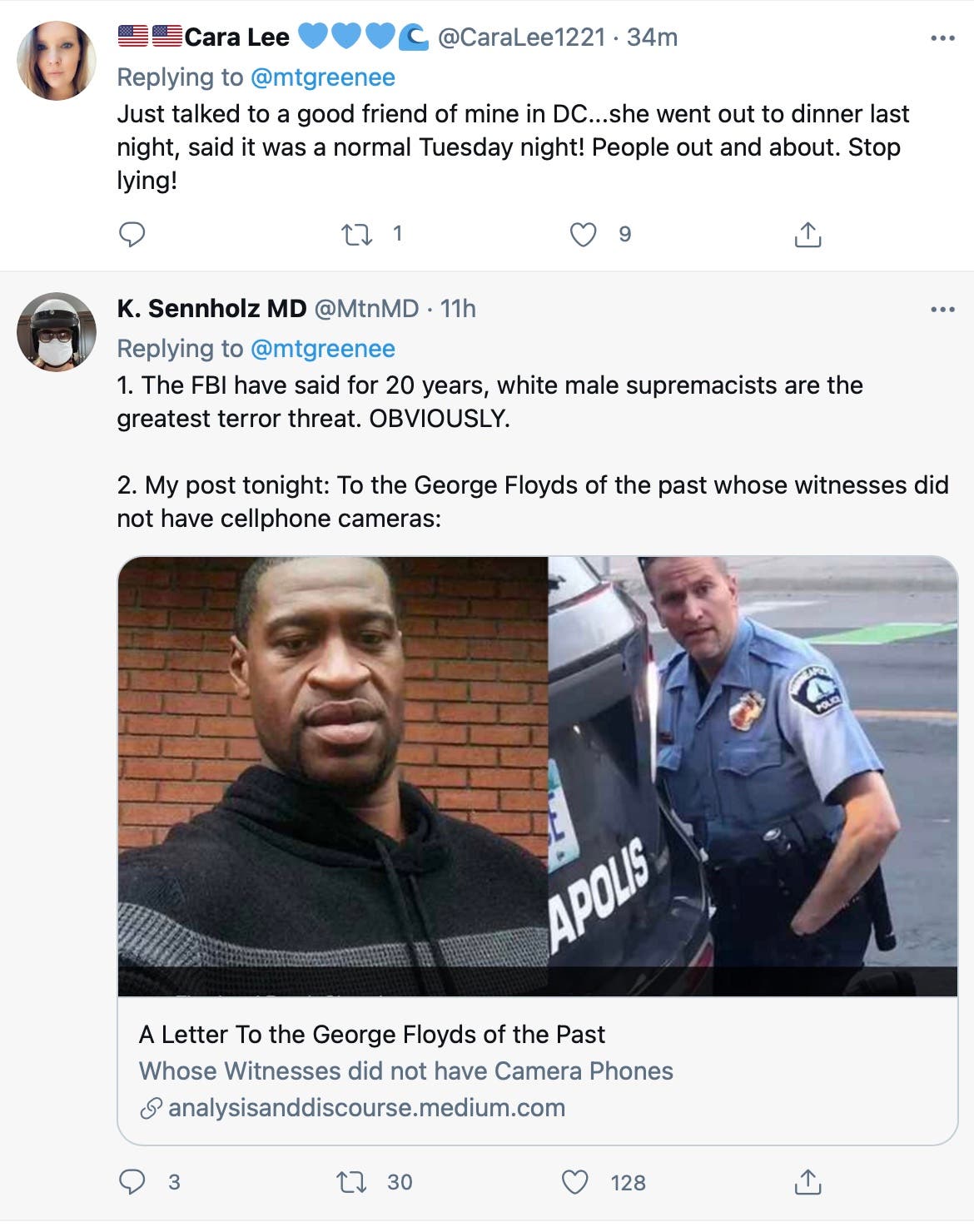 It’s obvious that Congresswoman Marjorie Taylor Greene has no “Qualms” about spreading false and paranoid lies to purvey her own brand of “nativist” white nationalism as far as she can.

Luckily, it’s also obvious that ordinary, intelligent Americans will speak up to refute and condemn those lies whenever she attempts to emerge from her fear-filled bunker.

That fact, in addition to the jury’s verdict ion the Chauvin trial yesterday, points to a hopeful future ahead for America, once Marjorie Taylor Greene’s hateful ideology is fully repudiated.