How are you meant to take it when one of the most ardent gun advocates in the U.S. Congress ominously intones “Facebook will pay the price. Mark my words.”?

If that sounds like a threat to you, you’re not alone.

In fact, many of the users of another social media platform — Twitter — erupted in outrage when gun-toting Congresswoman Lauren Boebert (R-CO), owner of the Shooters Grill in Rifle, Colorado, posted her furious tweet bemoaning the extension of Facebook’s ban on posts from Donald Trump this morning. 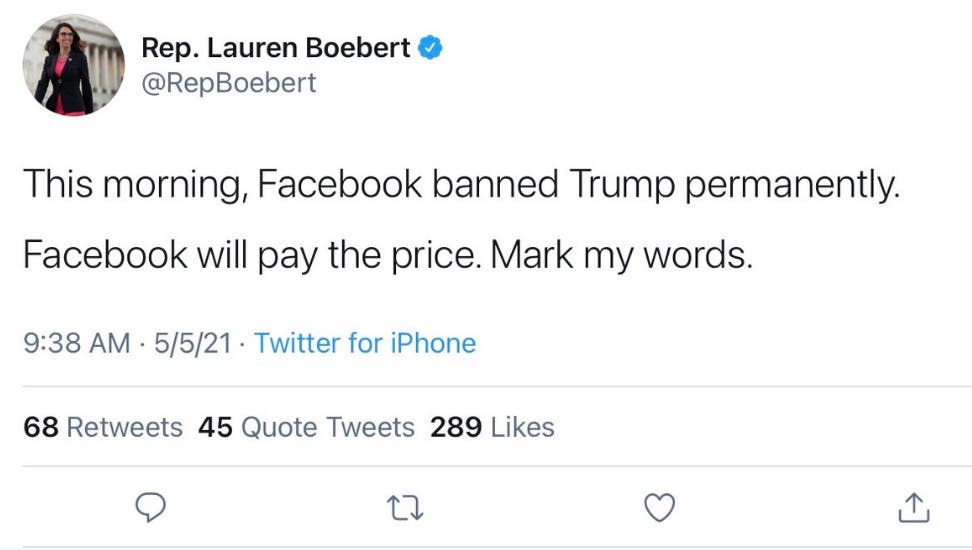 Even Boebert must have eventually realized the violent tone and implications of her post since she quickly deleted the post in favor of a less overtly actionable threat that didn’t explicitly mischaracterize the decision made by the independent board to which the social media giant outsourced its most heated controversy which actually recommended that Facebook revisit the decision to ban Trump in six months.

Despite the attempts at erasing her earlier post, Boebert’s original tweet was up long enough for people to give the trigger-happy Colorado lawmaker a piece of their minds.

Maybe she’d offer them food at her restaurant.

Does this mean she's shutting down her only fans account?

She must have been watching Faux Spews.https://t.co/4XV4S9XzNQ 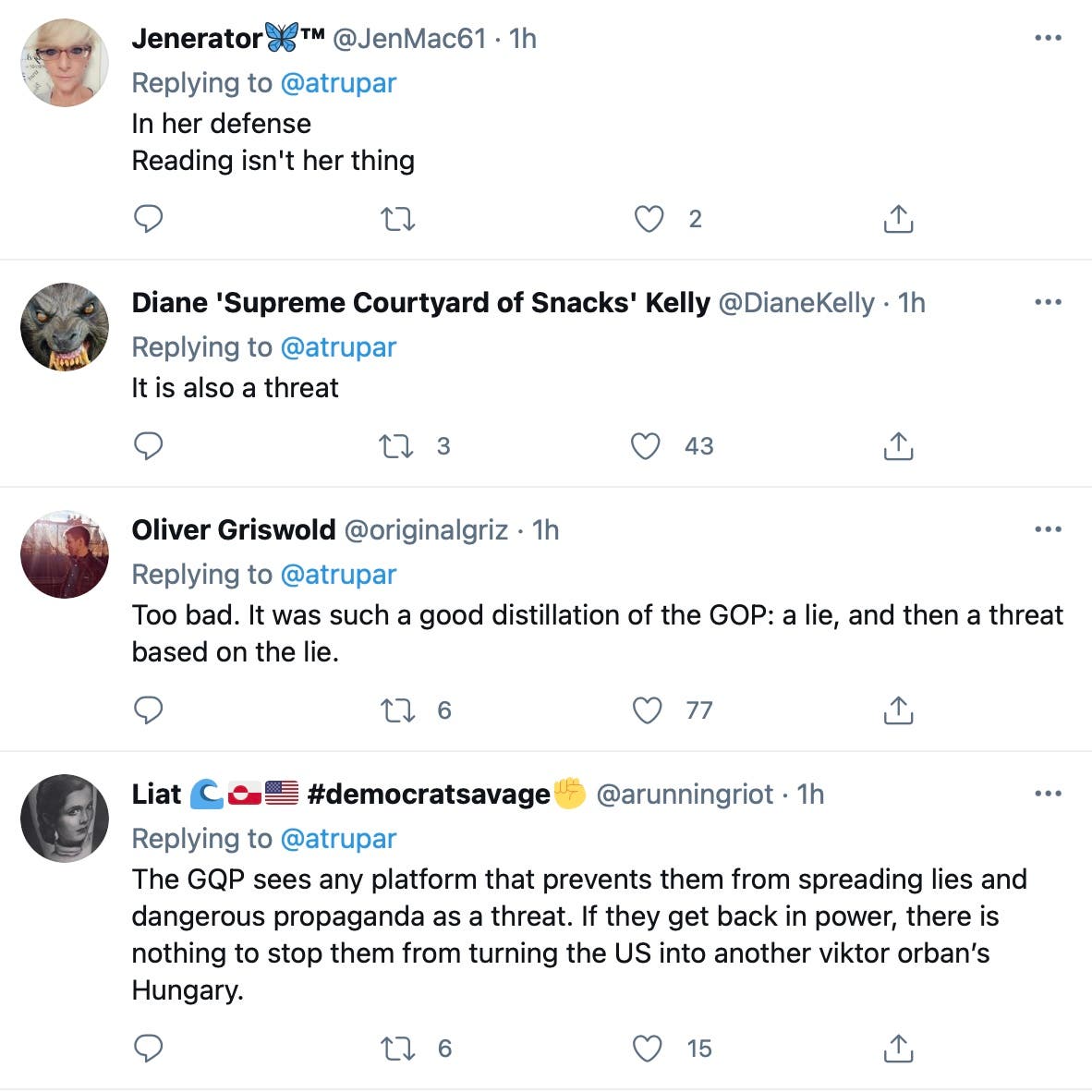 Meanwhile, as right-wing provocateurs like Rep. Boebert complain about how Facebook is biased against conservative viewpoints, a quick review of the most engaged posts on the social media platform proves that their accusations are not only totally groundless but that the platform if anything actually displays a marked bias towards right-wing publishers.

Unfortunately. mere facts won’t dissuade armed militia-supporting extremist agents like Congresswoman Boebert from bleating endlessly about how they are being mistreated by social and other forms of media.

This is exactly why the decision to continue Donald Trump’s Facebook exile was the right one for the company to make.

Perhaps social media companies can consider whether some of Trump’s most consistently deplorable allies should also be banished from their platforms for continuing to support the big lie of an illegitimate, stolen election.