The vision of America as a hellish landscape, a vision that Donald Trump has purveyed since first launching his bid for the presidency while promising that he alone could save the nation, seems at face value to be a marketing proposition that violates all political strategists’ instincts that the best way to win elections is to make people feel good about themselves.

Yet, having improbably won the presidency using that counter-intuitive world view — along with a heavy assist from Vladimir Putin — Trump is sticking with it as he rabble-rouses from the sidelines of irrelevancy.

With his social media bans relegating the disgraced ex-president to posting his screeds on a blog he’s labeled as his own social media platform (without the interactivity of a comments sections), Trump has taken on the role of a social critic, trumpeting out his every brain fart as if it were a gem of wisdom to be divided as communion among his motley crew of ill-informed followers.

The latest target of Trump’s general misanthropy that he’s shared with his cult is not even human. It’s a horse.

In a blog post he issued this morning, Trump called Medina Spirit, the dark bay colt whose Kentucky Derby win last week has been put in jeopardy of a disqualification after the horse failed a post-race drug test, a “junky,” using a rare variant of a word usually spelled as “junkie.” 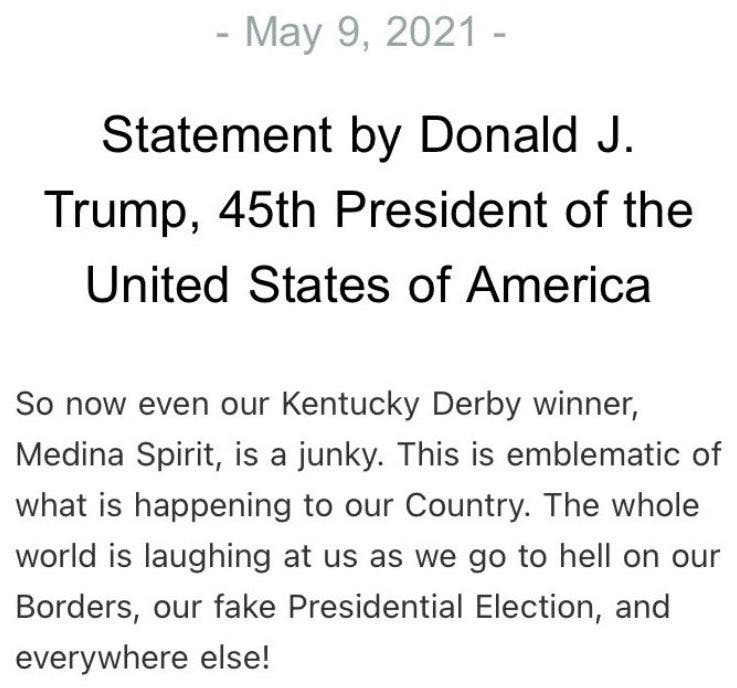 Even worse than libeling an innocent thoroughbred by blaming it for the actions of its trainers, the outraged former president tries to turn the doping scandal into a metaphor for America, comparing the level of cheating in the iconic horse race to the claims of electoral malfeasance that he continues to obsessively press despite the complete lack of evidence of anything dastardly having occurred.

Perhaps he was put off by the horse’s name with its connections to one of Islam’s holiest pilgrimage sites.

While the world may have been laughing at America while Trump still was ensconced in the White House — when they weren’t regarding our country with abject pity — in reality, since Joe Biden replaced the orange menace, most other nations have been breathing sighs of relief that a competent and rational person has regained the reins of state. 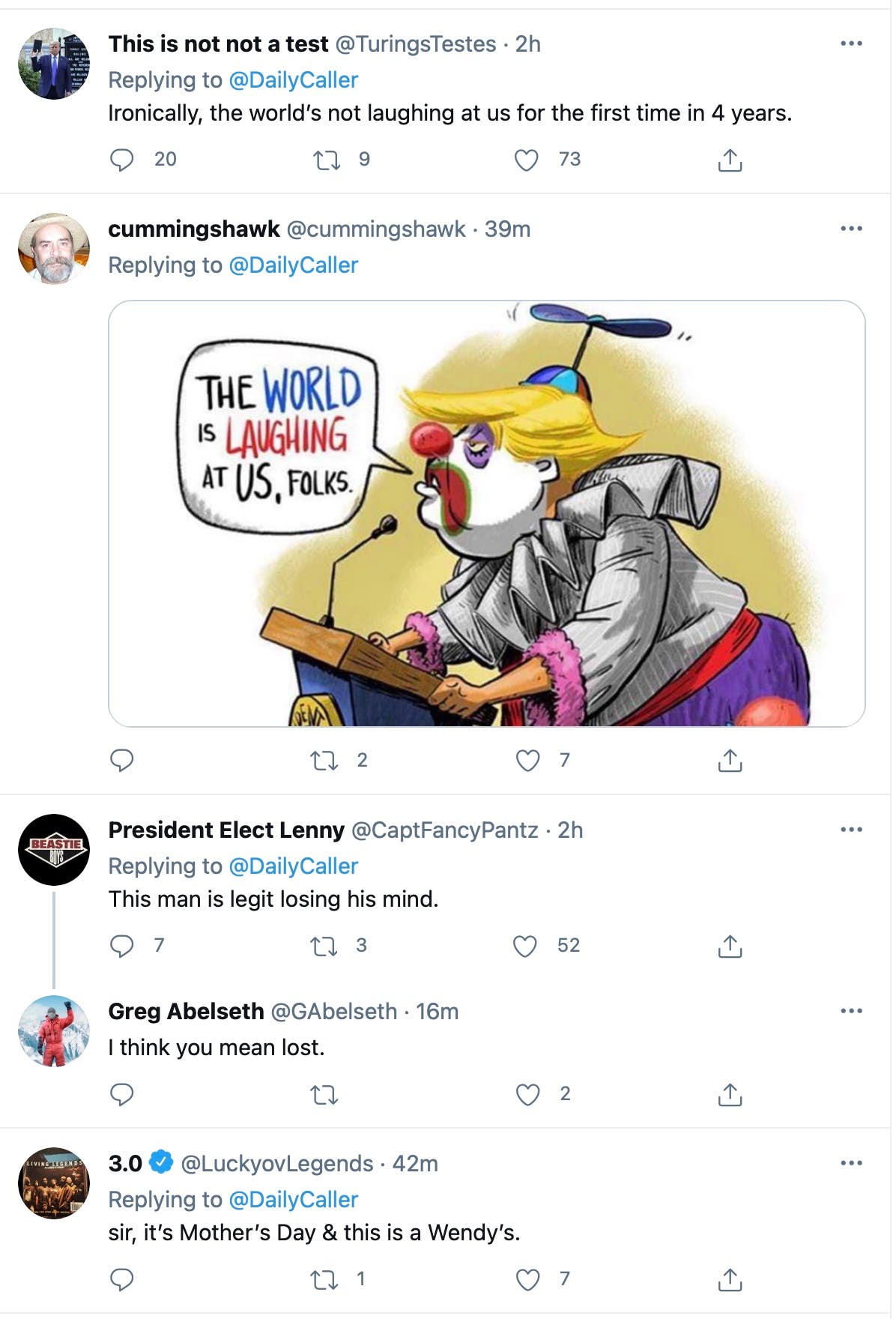 While many people oppose publishing anything that the incorrigible former president issues from his bunker, until he is put into prison for his crimes, it’s important to keep tabs on what Donald Trump is doing and saying on a regular basis to prevent being taken by surprise by his attempts to regain power.