Congresswoman Marjorie Taylor Greene (R-GA) is a strong contender for the title of the most anti-science lawmaker in Congress, with perhaps only Senator Rand Paul (R-KY) coming close to her level of deliberately ignorant takes on medicine during the global pandemic that has derailed society.

Now, Representative Greene, who has little else to do besides tending to her social media following since being stripped of her committee assignments for her bad behavior in the wake of the January 6th insurrection, is revealing the potential source of her scientific antipathy in one of her latest tweets.

One look at the post — which ludicrously accuses Dr. Anthony Fauci, the chief medical advisor to President Biden and one of the nation’s top infectious disease specialists, of having paid for the development of the COVID-19 virus in a laboratory with public funds as a man-made biological weapon — and one becomes convinced that Congresswoman Greene read too many comic books as a child (or, given her anti-intellectual predilections, more likely watched too many superhero movies) and became convinced that all scientists were evil geniuses, intent on ruling the world through their malevolent inventions.

The level of paranoia and insanity that could come up with this theory is not unexpected from Congress’s most infamous member of the QAnon cult.

Few others in Congress, even among the looniest fringes of the GQP, would have introduced a bill to fire a dedicated public health professional like Dr. Fauci.

The reaction among social media pundits to Rep. Greene’s tweet was swift since responding to a post this off the wall was like shooting fish in a barrel.

I truly do not know how that bitch sleeps at night 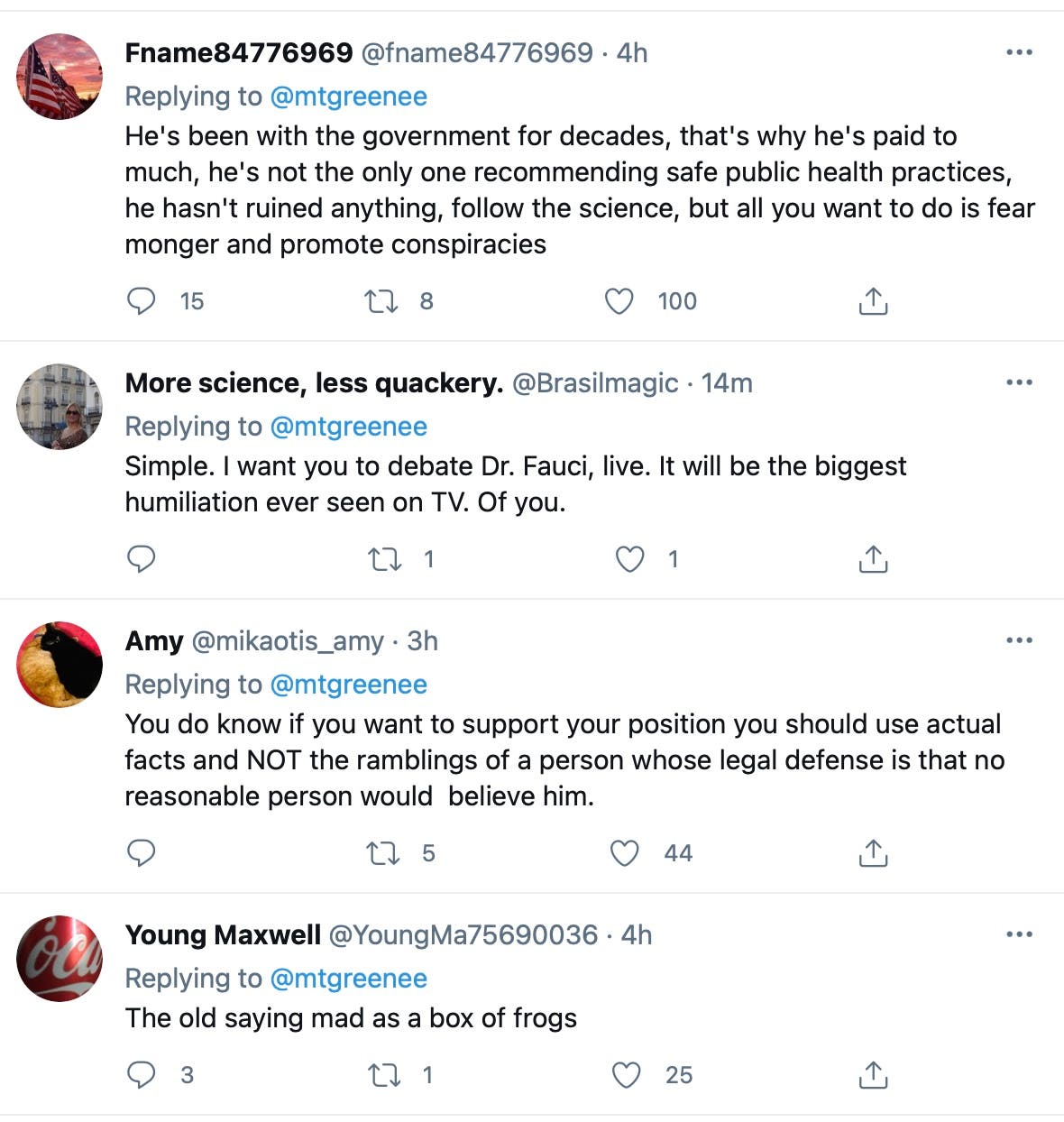 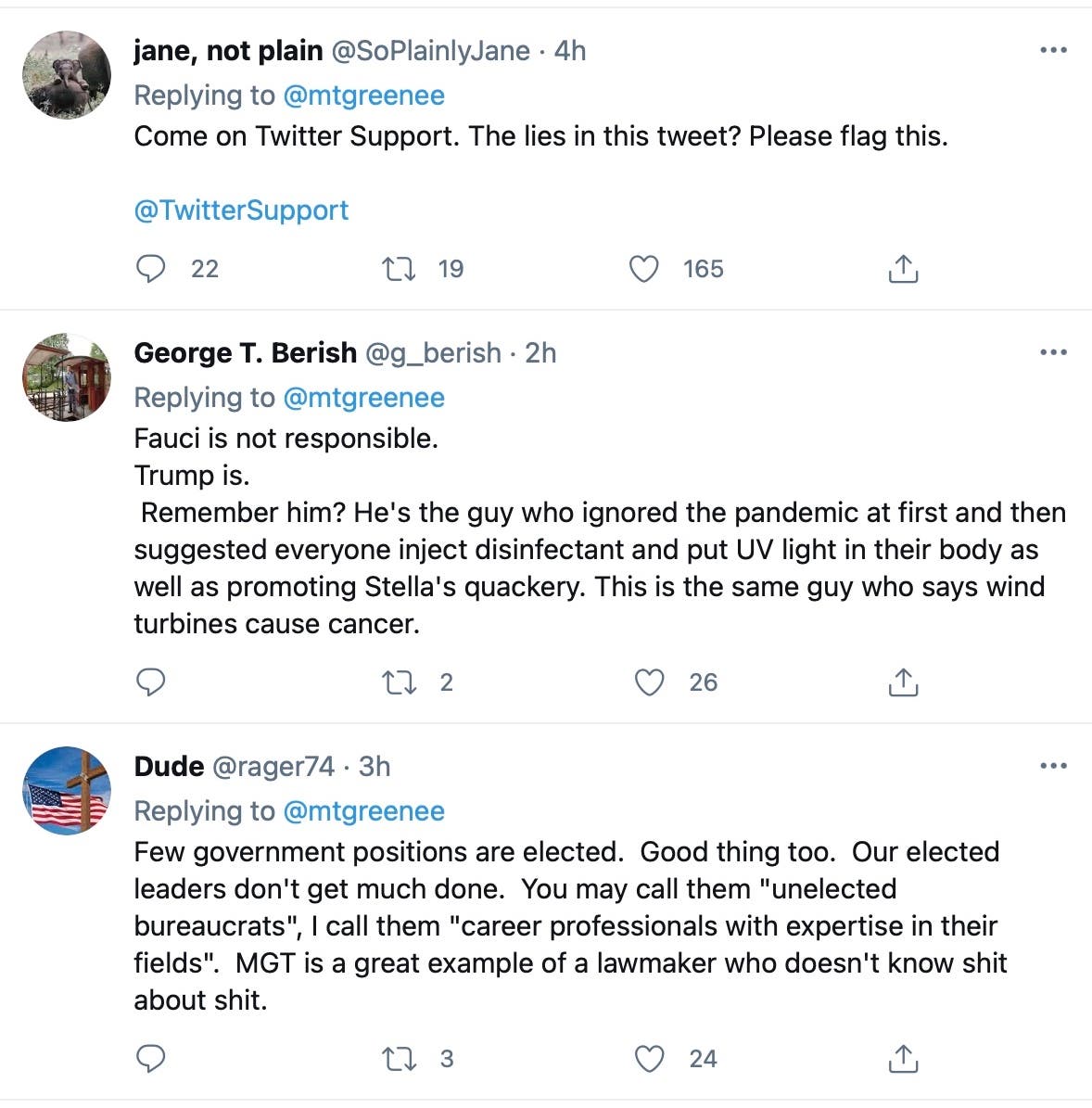 It’s difficult to understand why Congresswoman Greene is writing such gobsmacking tweets since judging from the lack of positive responses to her post, her words seem to be primarily consumed by the people who love to condemn and ridicule her the most, rather than the lunatic fringe who may agree with her delusional propositions.

It’s far past the time for Marjorie Taylor Greene to be expelled from Congress where she has little to do besides acting as a major disruptor and media clown.

This congresswoman is a joke whose punchline is simply no longer funny anymore.

GRUDGE MATCH: Donald Trump is STILL suing Twitter, despite being reinstated to the site