Congresswoman Marjorie Taylor Greene’s (R-GA) harassment of her Democratic colleague Congresswoman Alexandria Ocasio-Cortez (D-NY) is turning into a major point of contention between the QAnon believer and those on the other side of the aisle.

Late yesterday afternoon Representative Greene chased after AOC as she was leaving the House chambers and loudly accused the progressive lawmaker of being a “radical socialist” who supports terrorist organizations as the Georgia legislator ignorantly refers to Antifa and Black Lives Matter.

Rep. Ocasio Cortez wisely ignored her and later issued a statement urging House leadership and the Sergeant at Arms to “take real steps to make Congress a safe, civil place for all Members and staff” after being verbally assaulted by the deranged Greene.

The Q-obsessed representative’s behavior was condemned by House leadership with Democratic Caucus Chair Hakeem Jeffries (D-NY) stating that Greene should be referred to the House Ethics Committee for “stalking” her progressive fellow congresswoman.

That sentiment was soon seconded by House Speaker Nancy Pelosi (D-CA) who agreed that the Ethics Committee should “probably” look into MTG’s “verbal assault” and “abuse” of AOC yesterday.

Faced with such vehement pushback from Democrats for her unacceptable behavior, the pugnacious Rep. Greene struck back in a tit for tat post on Twitter that accused Ocasio-Cortez of destroying the livelihoods of seditious Republicans by holding them accountable for their treasonous support of Donald Trump’s enormous delusion that the 2020 presidential election was somehow stolen from him.

It was difficult to find any supportive responses to Congressman Greene’s defensive riposte.

Most of the replies were more along this vein. 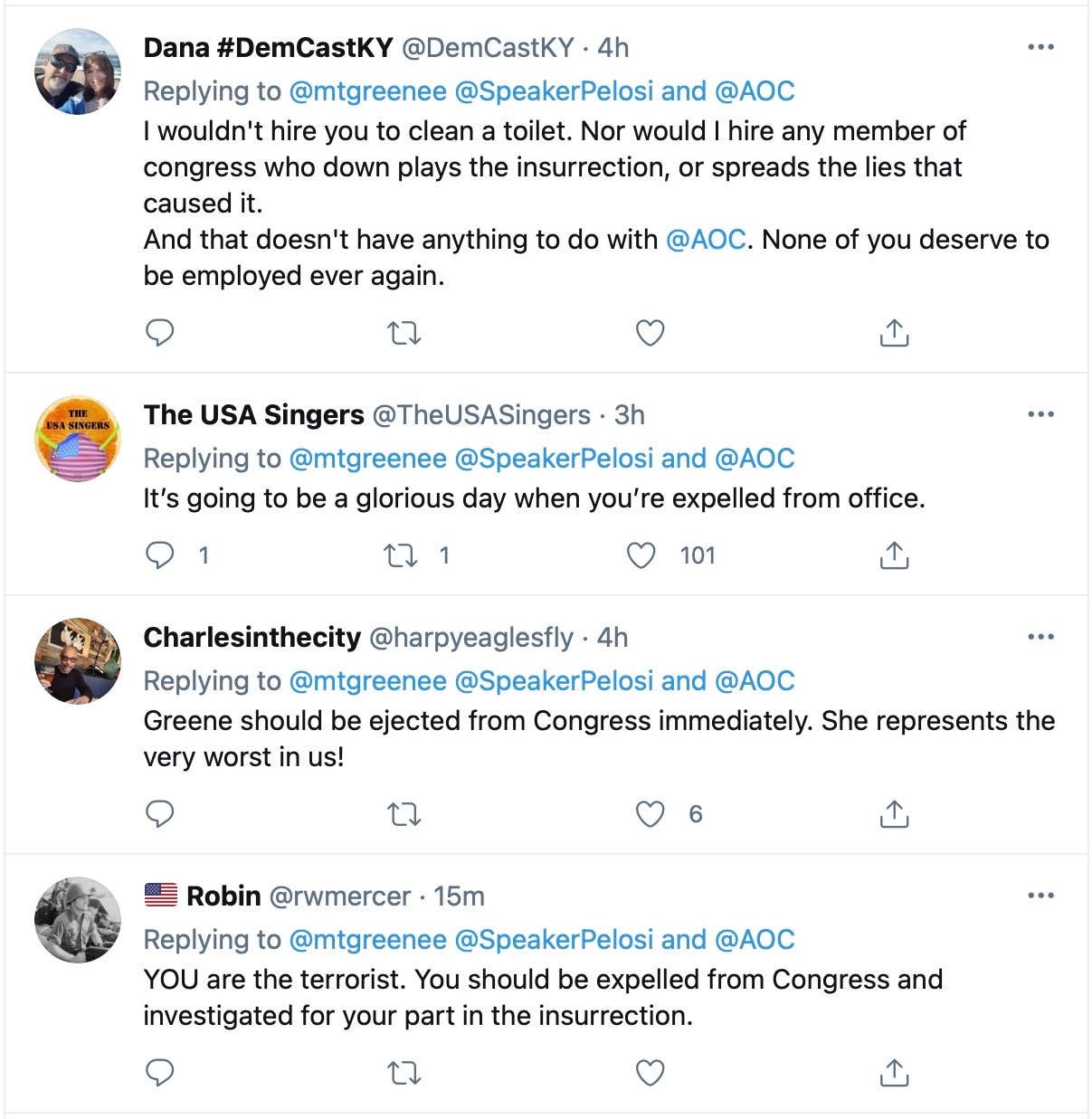 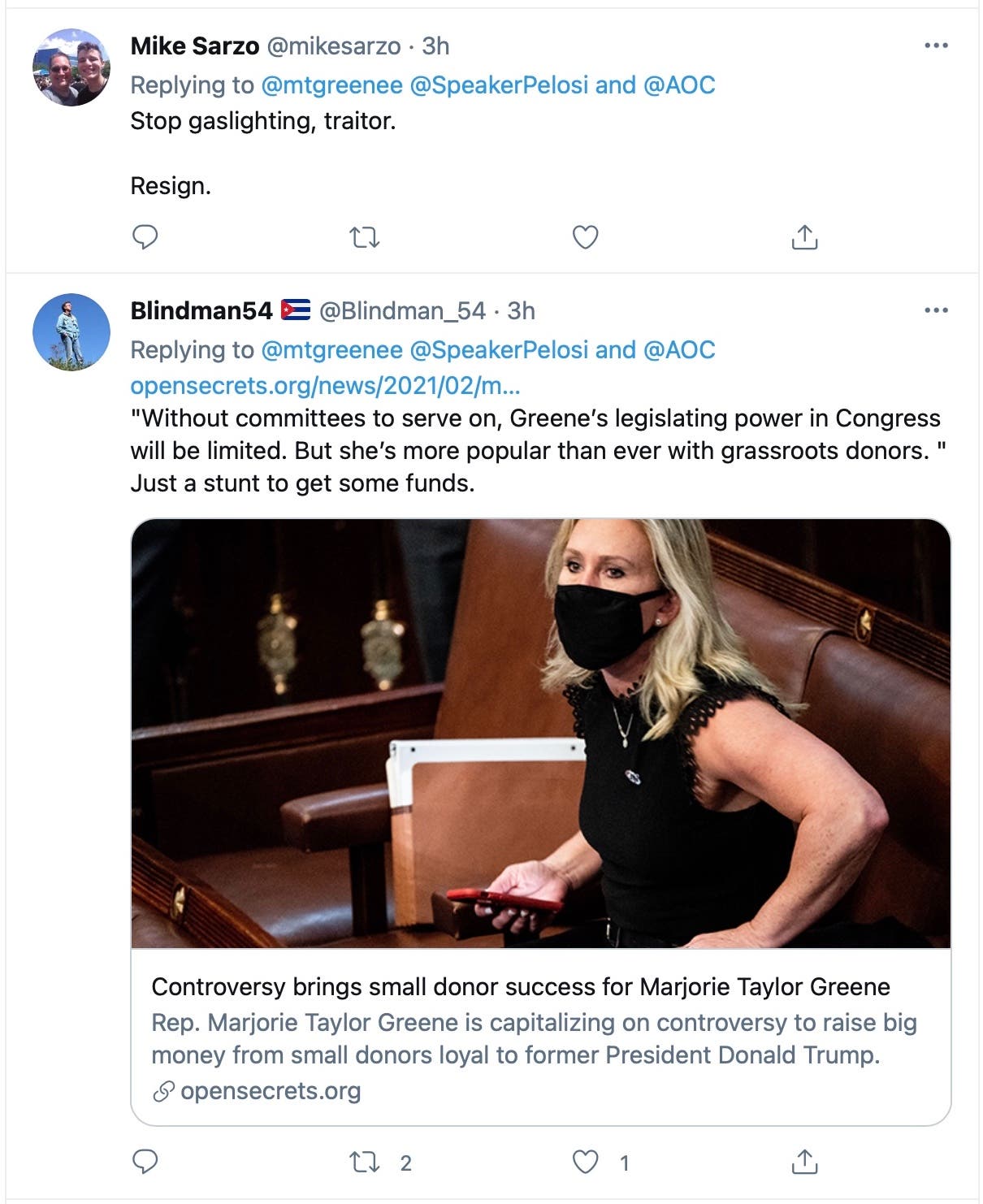 Make MG use her government twitter account. She doesnt go crazy on that one .stop her personal Twitter account where she does all the hate speech cause she doesnt dare put it on her govt.acct.

Jealous is what I keep saying. Alexandria actually cares about the people in her district!

It seems like MTG has exhausted the patience of the folks on Twitter with her insane ranting.

Hopefully, the patience of a majority of the members of the House of Representatives will be exhausted soon enough and they will quickly and permanently expel this supporter of the overthrow of our legitimately elected government from their membership.

We’ve had enough of this circus sideshow. Marjorie Taylor Greene must go.

BURN EVERYTHING: Trump calls for DITCHING the Constitution to reinstall himself as president