If you want to encounter just about everything that is wrong with America nowadays in one convenient place, all you have to do is attend one of the semi-annual Conservative Political Action Conference (CPAC) gatherings to find all the right-wing extremist ideology that one might care to find.

After meeting in Florida for the last CPAC event back in February, the conference moved to the equally red state of Texas for its summer extravaganza this year, and it was as full of extravagantly wrong-headed takes on the state of our nation and the right path forward as one might expect from a room of rabid Donald Trump fans.

Noted for hosting Trump spawn Don Jr. for a spectacularly unhinged speech, CPAC’s Friday night program also featured a much-maligned appearance by one of Congress’ most reactionary members, Representative Mo Brooks (R-AL) that echoed the fiery sentiment that he used when addressing the January 6th Stop the Steal rally with rhetoric that fired up the crowd that eventually stormed the Capitol in a surge of violence and anger.

Rep.Brooks’ CPAC speech last night was not any less incendiary than his seditious remarks back in January, repeating the type of falsely patriotic battle cry that resulted in such a condemnable result the last time around, with a harkening back to the Revolutionary War soldiers at Valley Forge.

How different in tone are his latest remarks compared to what he shouted from the stage while inciting the attendees of Trump’s Stop the Steal rally? Not very much at all.

“Today is the day American patriots start taking down names and kicking ass,” was Congressman Brooks’ most famous line from the ill-fated january 6th event.

The response on social media to Brooks’ bellicose pandering to the CPAC crowd was predominantly harsh, with many people focusing on Congressman Brooks’ poor absorption of his high school history lessons. 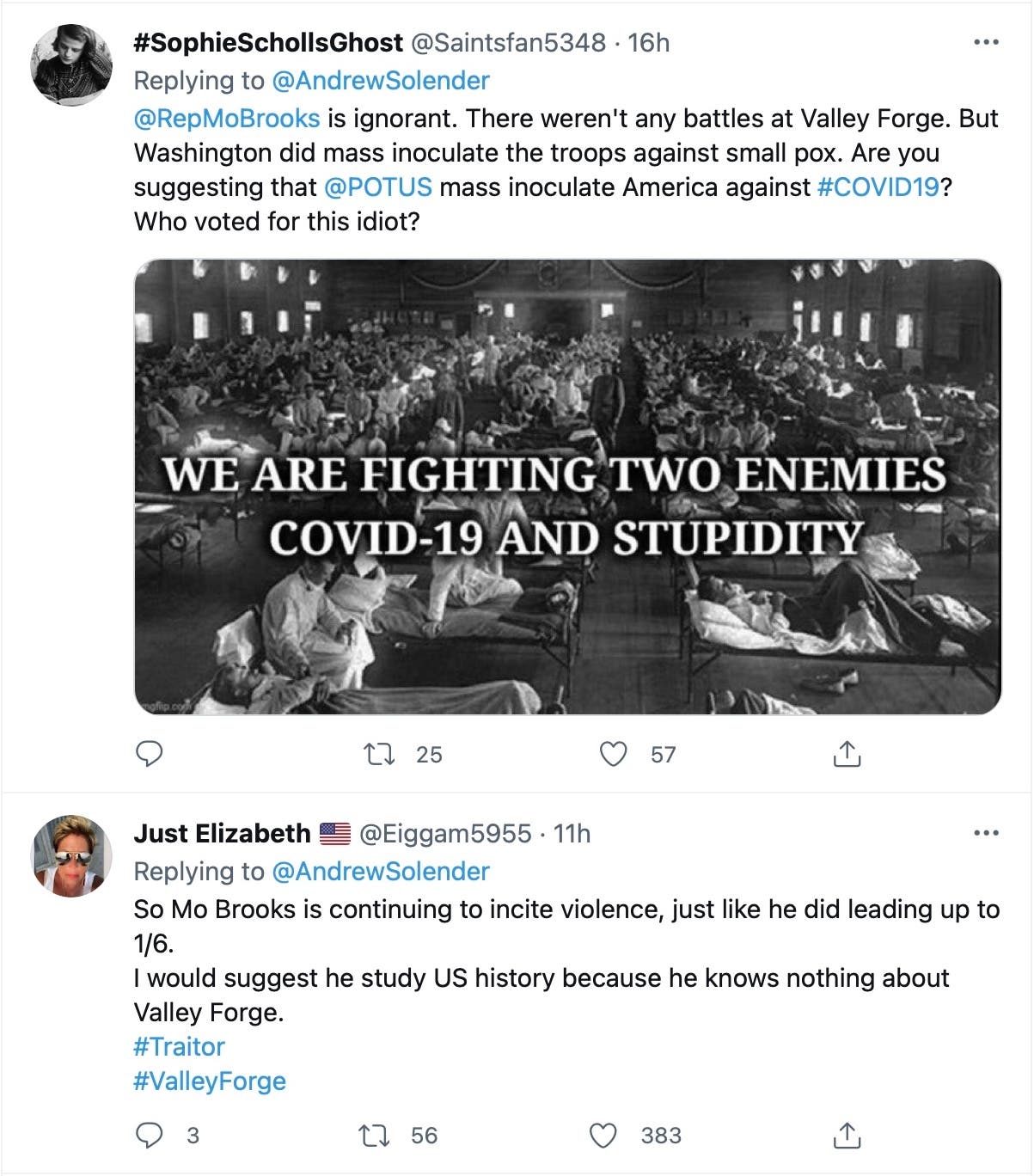 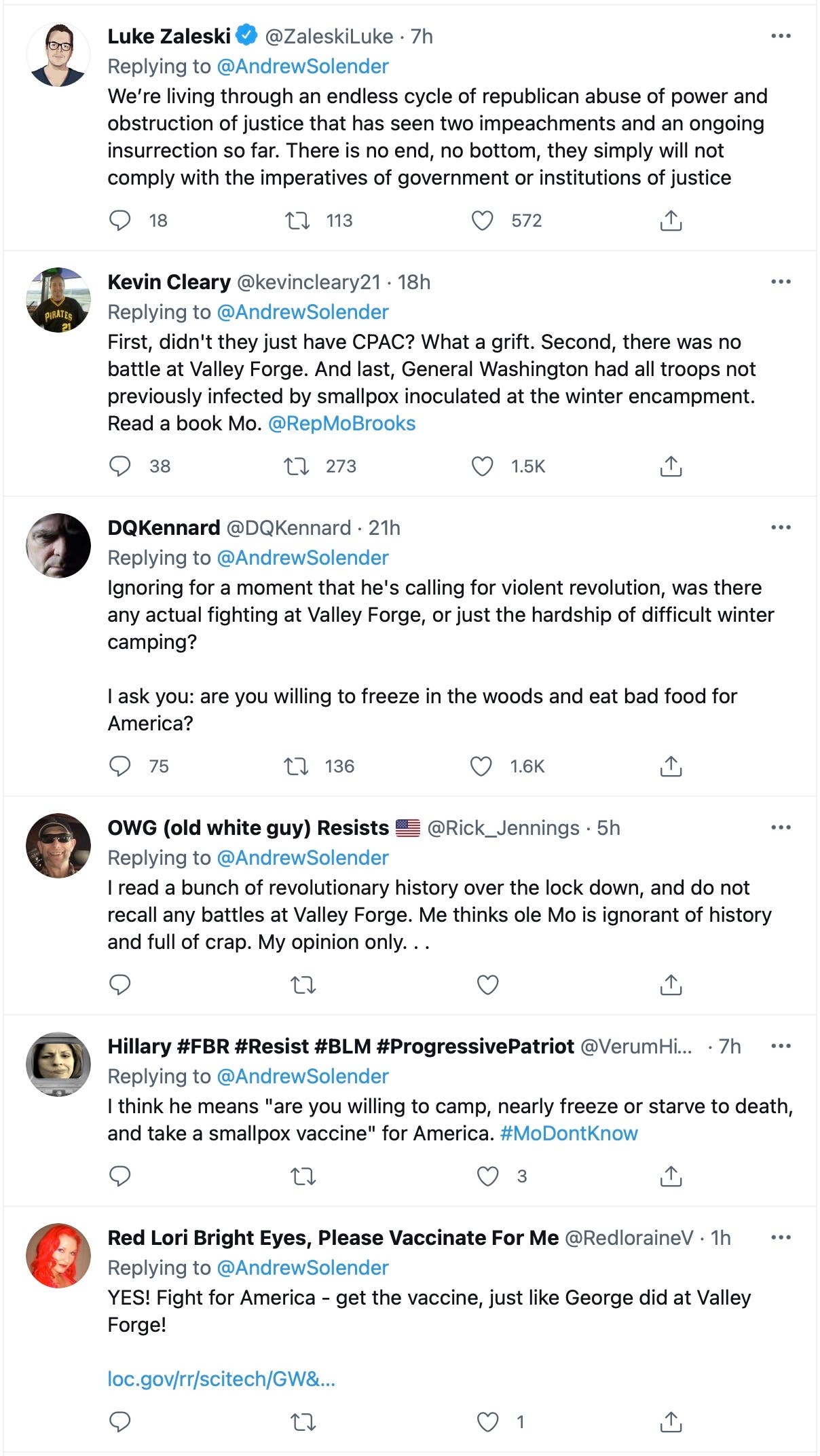 I wonder if this is a conscious effort by Brooks to normalize his 1/6 speech. So when he's held to account for that, either via Swalwell's suit or House investigation, he can plausibly take the position: "But everyone knows I always talk like that! Look at my other speeches."

Mo Brooks and all of the other seditious Republican politicians who incited the January 6th insurrection need to be expelled from Congress now as Section Three of the 14th Amendment requires!

It’s far past the time to move forward with their expulsion. Rid Congress of these traitorous people and put America back on the right path.