It’s difficult to deny that Senator Ted Cruz (R-TX) is a shameless hypocrite.

After all, the mucilaginous Texas senator keeps offering new proof on an almost daily basis.

Senator Cruz’s latest demonstration of his uncanny ability to blithely condemn others for behavior that he freely engages in himself comes in the form of a tweet he posted late yesterday concerning the House select committee tasked with investigating the circumstances surrounding the January 6th insurrection and violent invasion of the Capitol Building.

Cruz may have thought that his cutesy Disney meme might obscure the fact any complaints he may have about the lack of bipartisanship should be rendered moot by the fact that he had the opportunity to vote to establish a truly bipartisan commission and chose to reject that chance.

Social media respondents to his post, however, have longer memories than Senator Cruz may have expected. They rained scorn upon the hapless insurrection instigator in the comments section following his post. 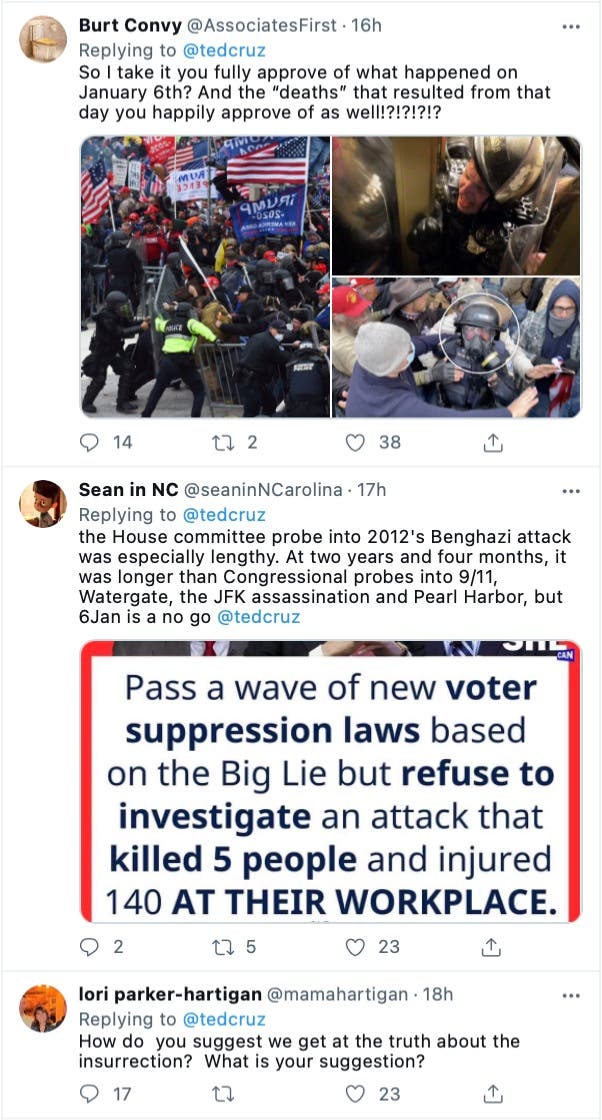 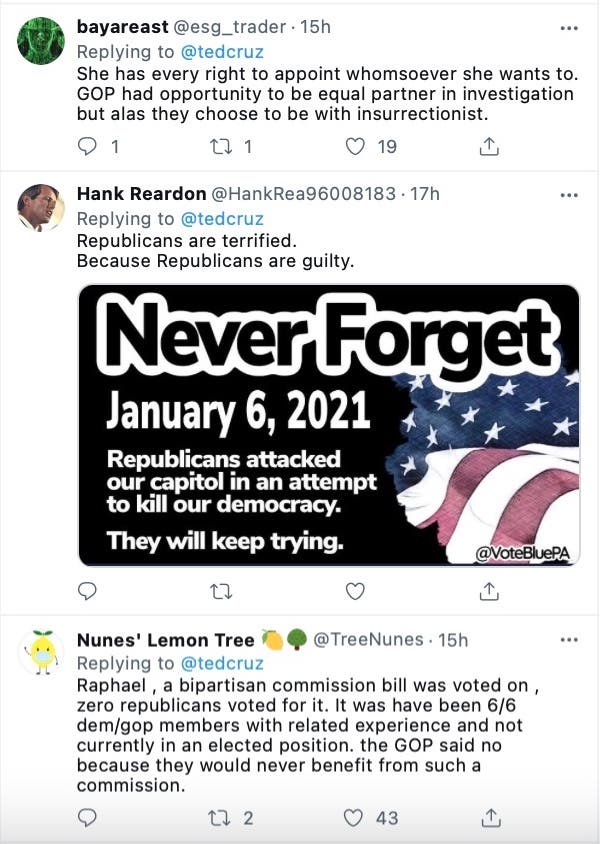 Of course he did, look who he tried to get on there! Jim Jordan? Jim Banks? Really?Neither of those guys are interested in the truth. Nor are they honest. All they want to do is sabotage the commission, that is Kevin McCarthy's goal. He doesn't want an honest investigation.

It is a mystery as to how Ted Cruz has flourished as a politician given his inability to transcend his smarmiest impulses.

Hopefully, his career will end with the next Texas senatorial election.