These are not civilized people, these Trump-supporting, gun-loving, anti-vax MAGA maniacs who bristle at the thought of protecting their own health and the safety of others by using a face mask to protect against the highly infectious Delta variant of the COVID-19 virus.

In a strong suggestion that she somehow bypassed the typical socialization process that enables empathy and social responsibility, Congresswoman Lauren Boebert (R-CO) today expressed her disdain for House Speaker Nancy Pelosi’s reinstatement of a mask mandate on the floor of the House of Representatives by violently flinging a proffered mask offered by a Democratic floor staffer back into his face.

POLITICO‘s Sarah Ferris reported the incident in a tweet that detailed an eyewitness account of the tantrum.

Wow. GOP Rep. Lauren Boebert just threw a mask in the face of a floor staffer when she came to the floor not wearing one, per someone watching the exchange.

Ferris’ reporting was confirmed by ABC News‘ Ben Seigel who added the likely motivation for the impromptu display of pique.

Rep. Lauren Boebert just threw a mask back at a Democratic floor staffer who tried to give her one, per source on the House floor who saw it happen.

As of last night, the latest House guidance requires mask wearing on the floor and in most group meetings/spaces.

Congresswoman Boebert belongs to that confounding extremist faction of the GOP that believes that their right to go maskless and spread disease somehow trumps the right of everyone else to remain healthy at a time of newly increasing COVID rates due to the Delta variant and a slowdown in vaccination rates among the Fox News-brainwashed public.

Rep. Boebert followed up her visceral display of anti-mask anger with a profane post to Twitter that described exactly how she felt about Pelosi’s science-derived reinstatement of the congressional health mandate, using words straight from the lips of her ideological idol, Donald Trump.

Boebert’s petulant and childish tantrum attracted much criticism in the comments section of her post.

I think "totalitarianism" was skipped on the GED test. 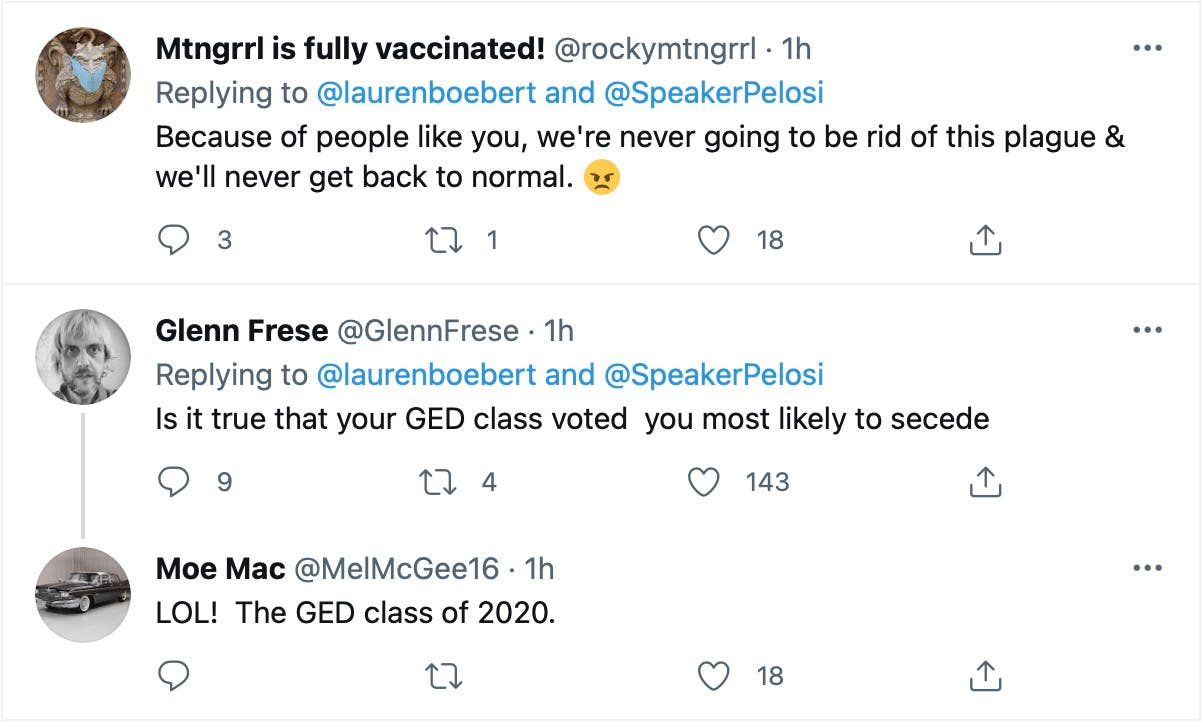 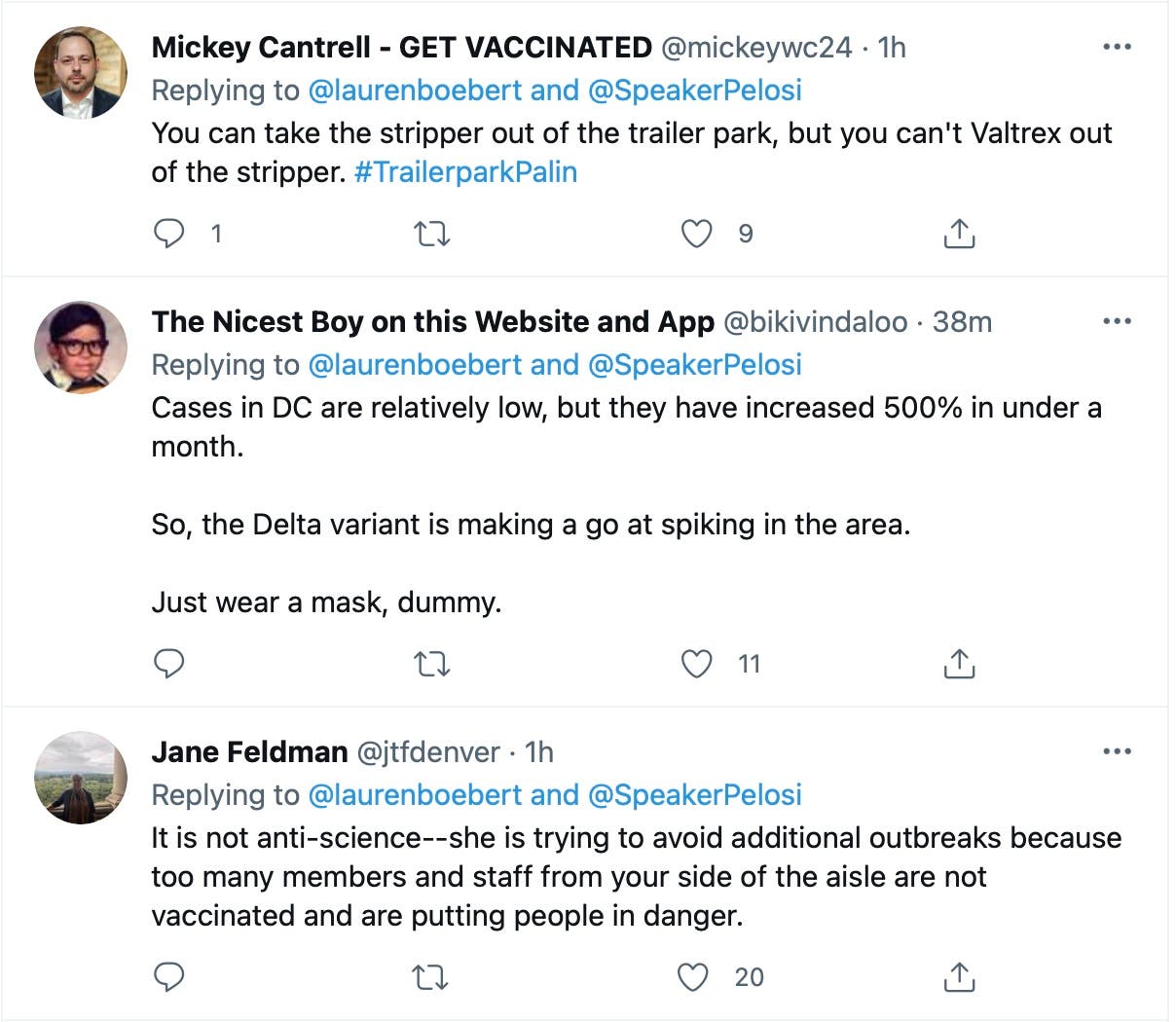 Are food safety regulations "totalitarian" Bobo? Asking for a country – and your customers at Shooter's Grill.https://t.co/2bhD093UT1

Congresswoman Boerbert’s anti-mask tantrums are just one of the many reasons that she and the other members of the QAnon wing of the Republican Party need to be removed from Congress as soon as possible.

It’s an embarrassment to the American political system that someone as deluded, ill-informed, and cynically manipulative as Boerbert is still in Congress.