Donald Trump decidedly does not like the torrent of negative press that rains down upon him in the wake of every tell-all book published by the shell-shocked former members of his administration that cashes in on their traumatic experiences with alarming tales of the disgraced former president’s deviant behavior.

Now he is striking out at one of those former staffers, Stephanie Grisham, who served both as a short-tenured White House press secretary and as Melania Trump’s chief of staff.

Grisham has penned a new tome detailing her own experiences in the Trump administration — I’ll Take Your Questions Now: What I Saw at the Trump White House, due for official publication next Tuesday — that is chock full of embarrassing anecdotes about both the former president and his first lady, from Trump’s paranoid, anesthesia-free colonoscopy to his entreaties to publicly defend his penis size after it was ridiculed by Stormy Daniels.

Rather than suffer in silence the indignities of his behind-the-scenes actions and proclivities being aired in public, Trump lashed out at Grisham today, issuing a statement through his social media intermediary, Liz Harrington, that viciously attacked Grisham’s credibility in extremely personal terms.

"Stephanie didn’t have what it takes and that was obvious from the beginning. She became very angry and bitter after her break up and as time went on she was seldom relied upon, or even thought about. She had big problems and we felt…

"We and the MAGA movement are totally used to it. And someday in the not too distant future we will have our voice back and be treated fairly by the press."

While it’s easy to dismiss Trump’s attacks as the bitter response of a conman whose devious subterfuge has been exposed, the true lunacy in his reply to Grisham’s revelations is demonstrated by his characterization of  her book as being published by “a radical left-leaning publisher.”

I’ll Take Your Questions Now: What I Saw at the Trump White House is actually being published by Harper Collins, considered one of the top five publishers in the English language and responsible for the issuing of numerous masterworks from Mark Twain, Agatha Christie, H.G. Wells, J. R. R. Tolkien as well as many award-winning non-fiction titles.

Even more ludicrous is Trump’s laughable reference to his voice being silenced even as he evades his permanent ban from Twitter’s social media platform by having his every utterance reposted there by Ms. Harrington.

The response to Harrington’s dutiful transmission of Donald Trump’s latest tantrum on Twitter was as devastating as one would expect. 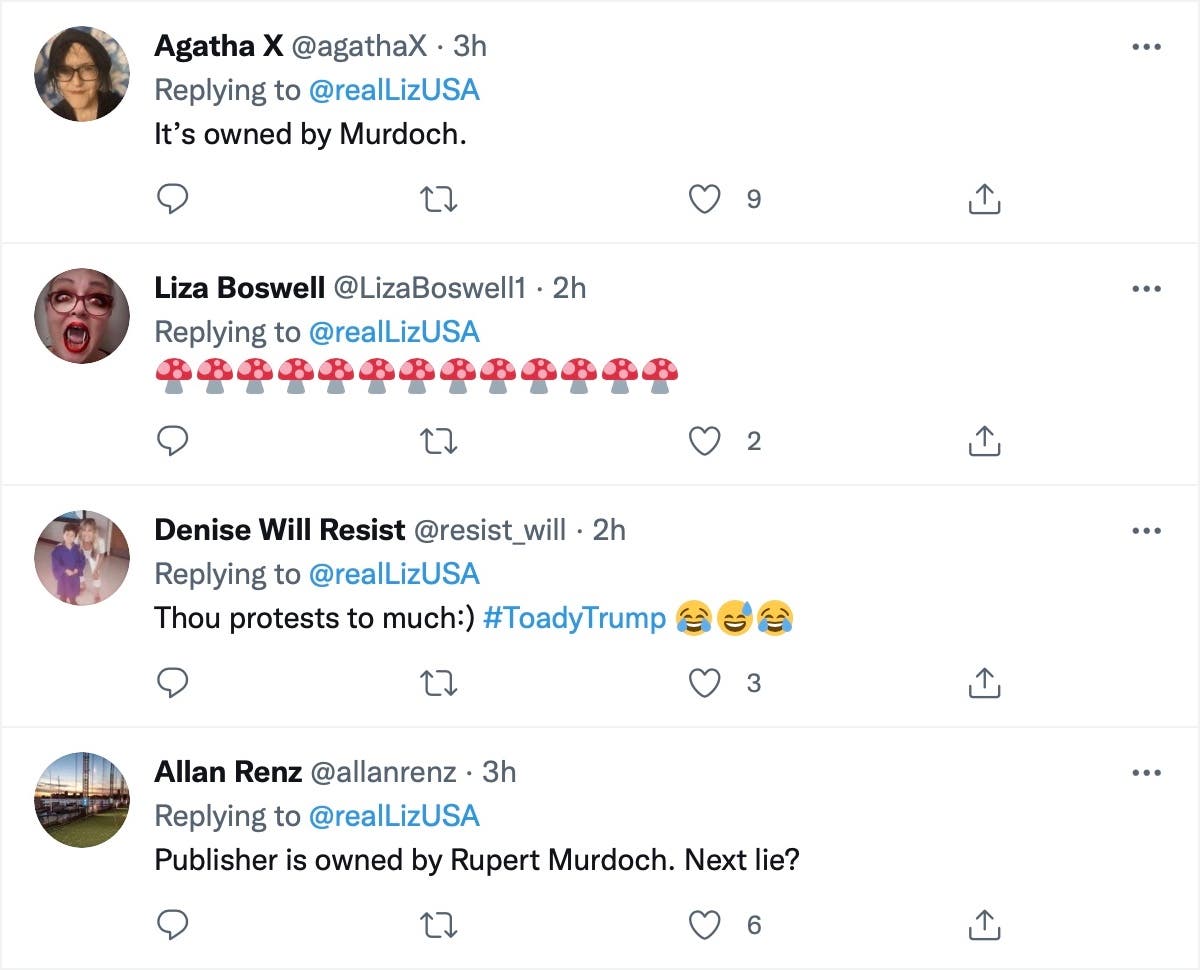 BURN EVERYTHING: Trump calls for DITCHING the Constitution to reinstall himself as president