Graham busted for freeloading off of Trump at Mar-a-Lago

Almost five years after the inaugural Women’s March took place with hundreds of thousands of people converging on Washington D.C. and cities across the nation and the globe the day after Donald Trump was inaugurated, the 2021 edition of the March attracted considerably less media attention than that first event.

Anyone else notice the MSM’s lack of coverage of the 2021 Women’s March? Anyone?

Perusing the front page of The New York Times today, one could find nary a mention of the either the main Women’s March in the nation’s capital, the local events in the New York area, or any of the more than 600 “sister marches” were held in cities throughout the nation.

The Washington Post featured a small story focusing on the demonstrations in Orlando and Miami, Florida demanding “don’t Texas my Florida” in response to that state’s new draconian anti-abortion law, but barely mentioned the main event in its hometown.

While this year’s Women’s March was admittedly not as well attended as past demonstrations — perhaps because, with Trump out of the White House, some women in more progressive states feel that the threat level for abortion restrictions aren’t as immediate with a Democratic-controlled federal government — the prospect of the Supreme Court’s decision in Roe v. Wade being reversed is more imminent than ever.

While the somewhat smaller crowds of demonstrators could explain the lack of media attention compared to the first Women’s March, the  passion and enthusiasm of those thousands of women who did attend this time was just as fervent as past events.

Luckily, social media provided plenty of coverage of the events across the country as participants posted photos of the crowds in their local versions of the main March.

Here are a few of their posts to showcase the commitment of pro-choice activists to preserving women’s reproductive rights.

650 rallies around the country.

Don’t let them tell you women didn’t show up.

The Washington DC Women’s March is well underway on Freedom Plaza. They’ll be marching down Pennsylvania Ave towards the Supreme Court. pic.twitter.com/zogbdMbiWp 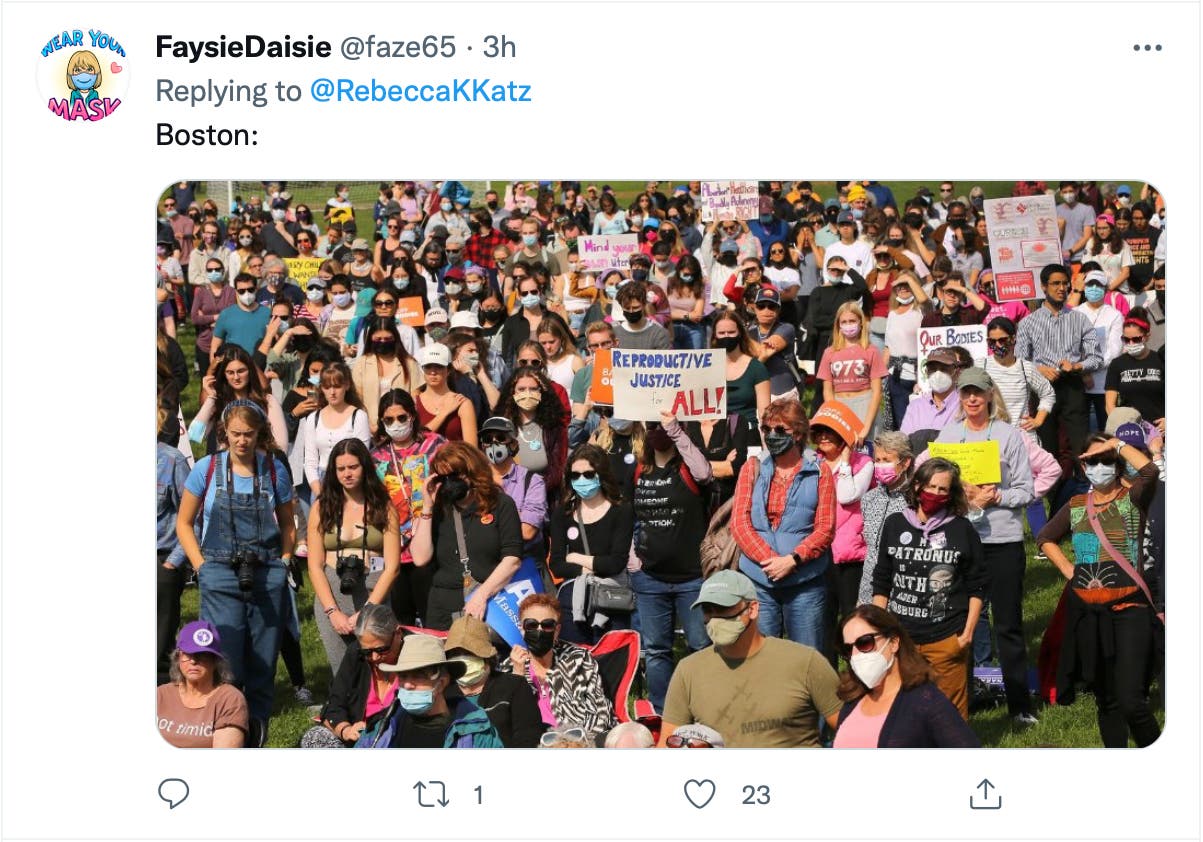 Let’s hope that the lack of media coverage of this year’s Women’s March doesn’t mean that Democrats in Congress won’t press legislation enshrining women’s rights to determine what happens to their own bodies — making any potential dilution of Roe v Wade a moot point.

Make sure you bypass the media and share all the posts about the March to your friends and family to help keep women’s issues at the forefront despite the suppression of coverage in the mainstream.