As if you didn’t already have sufficient motivation to hold Congresswoman Marjorie Taylor Greene in complete contempt for her extremist right-wing ideology and poster-child status for all manner of tin-hat anti-science advocates, racists, and gun nuts, one of her latest social media posts offers just the impetus to push you over the edge.

Apparently, Rep. Greene isn’t intelligent enough to have noticed that the call by progressive forces last year to “defund the police” massively backfired, as the poorly-named campaign to reform police practices was weaponized by Republican political operatives into a sign that Democrats were soft on crime.

In a post on Twitter this morning, the Georgia legislator called on the GOP to support a similar defunding effort against not the police, but the Occupational Safety and Health Administration (OSHA), the federal agency whose mission is to “assure safe and healthy working conditions for working men and women by setting and enforcing standards and by providing training, outreach, education, and assistance,” as well as enforcing many whistleblower regulations.

Greene ignores all of the valuable efforts and protections that OSHA offers American workers and urges that all of them be thrown away because she thinks that the agency’s enforcement of COVID vaccine mandates is part of the Biden Administration’s “communist tactics.”

Whatever your stance on the legality of vaccine mandates — which the Supreme Court has already decided are a legitimate constitutional power of the federal government to utilize in its common fight to preserve public health — Congresswoman Greene’s suggestion of throwing the OSHA baby out with the bathwater seems particularly stupid.

The people who reacted to Greene’s post on Twitter seemed to agree that the Georgia representative was out of her intellectual depth by several fathoms. 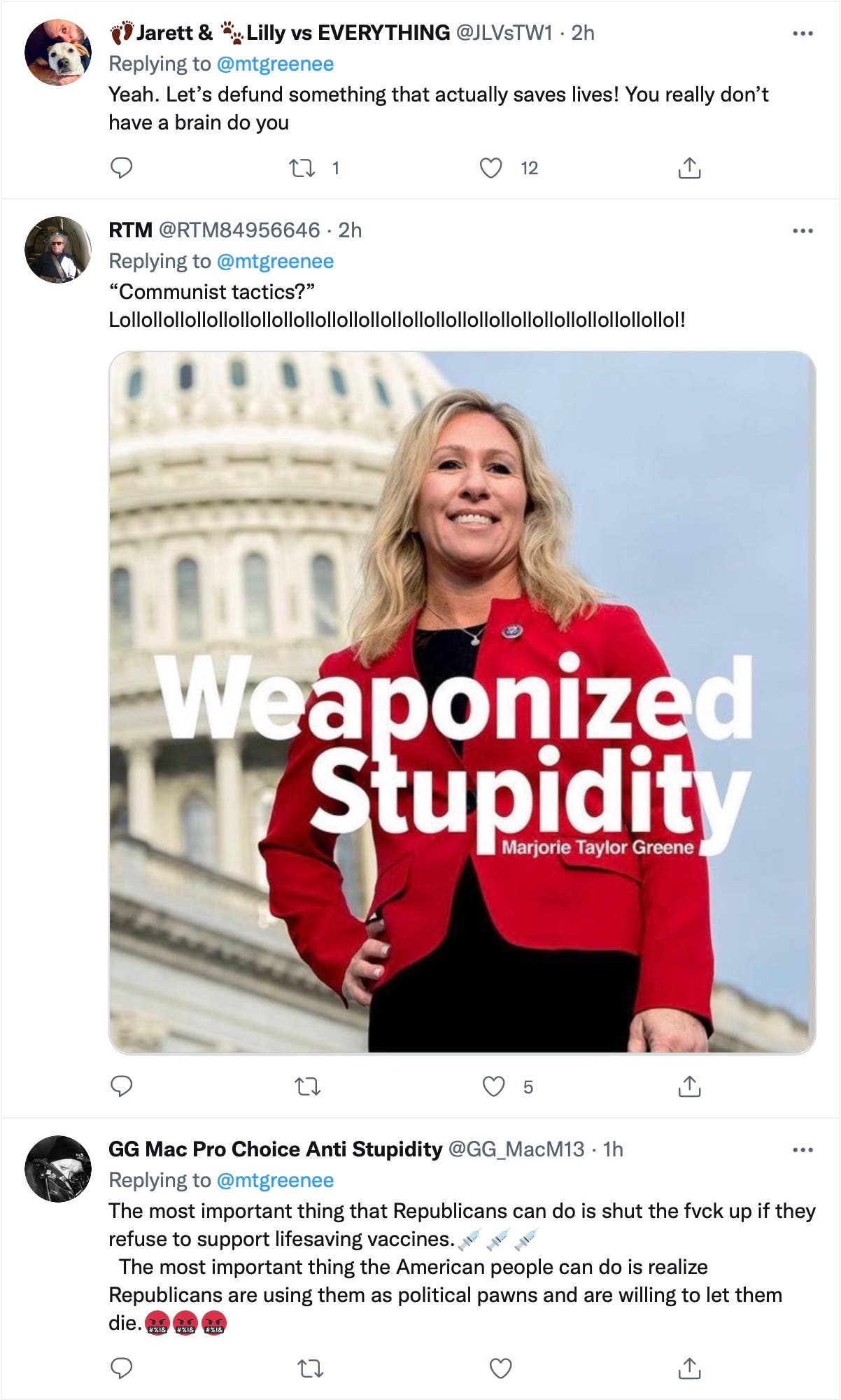 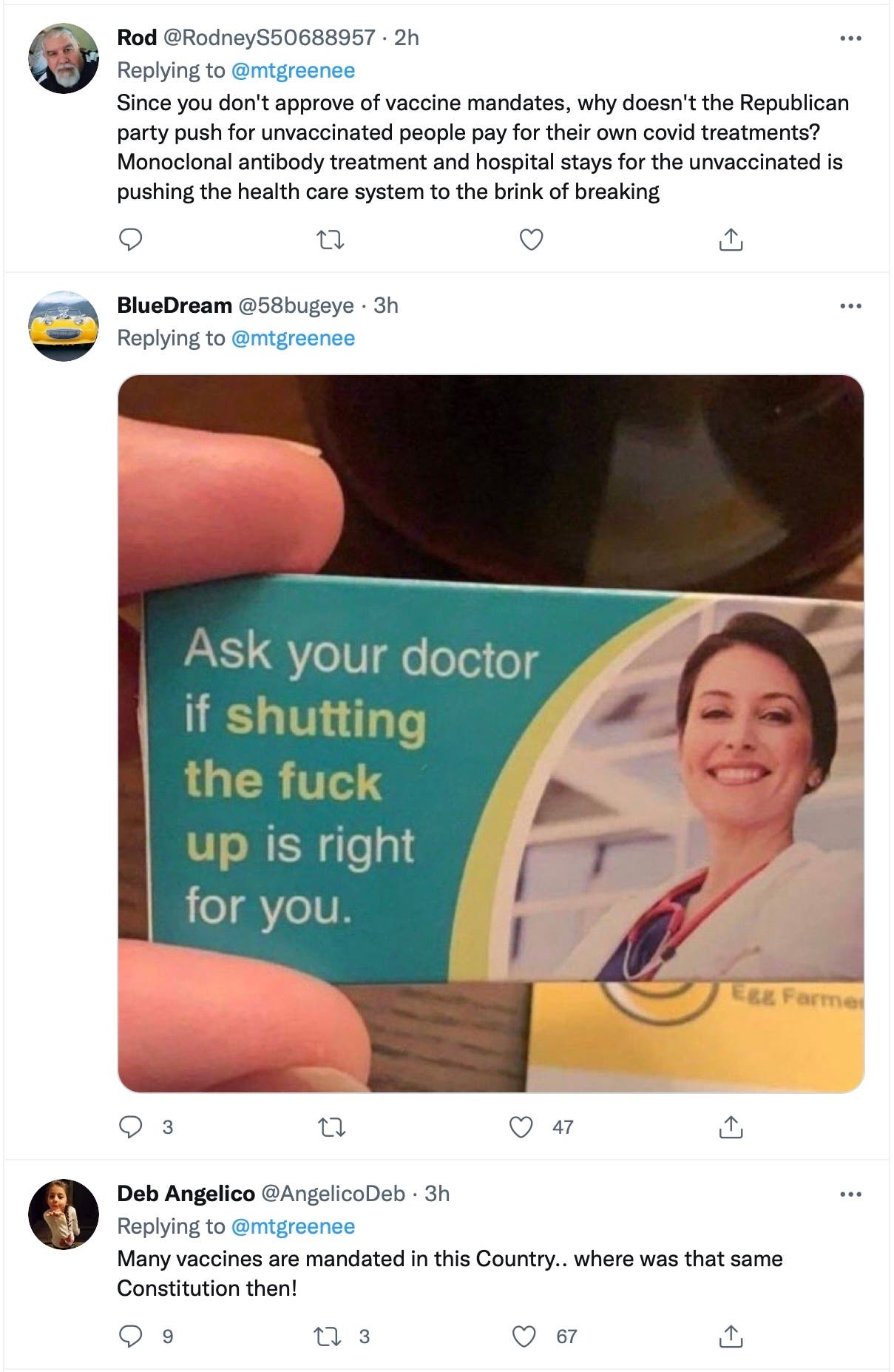 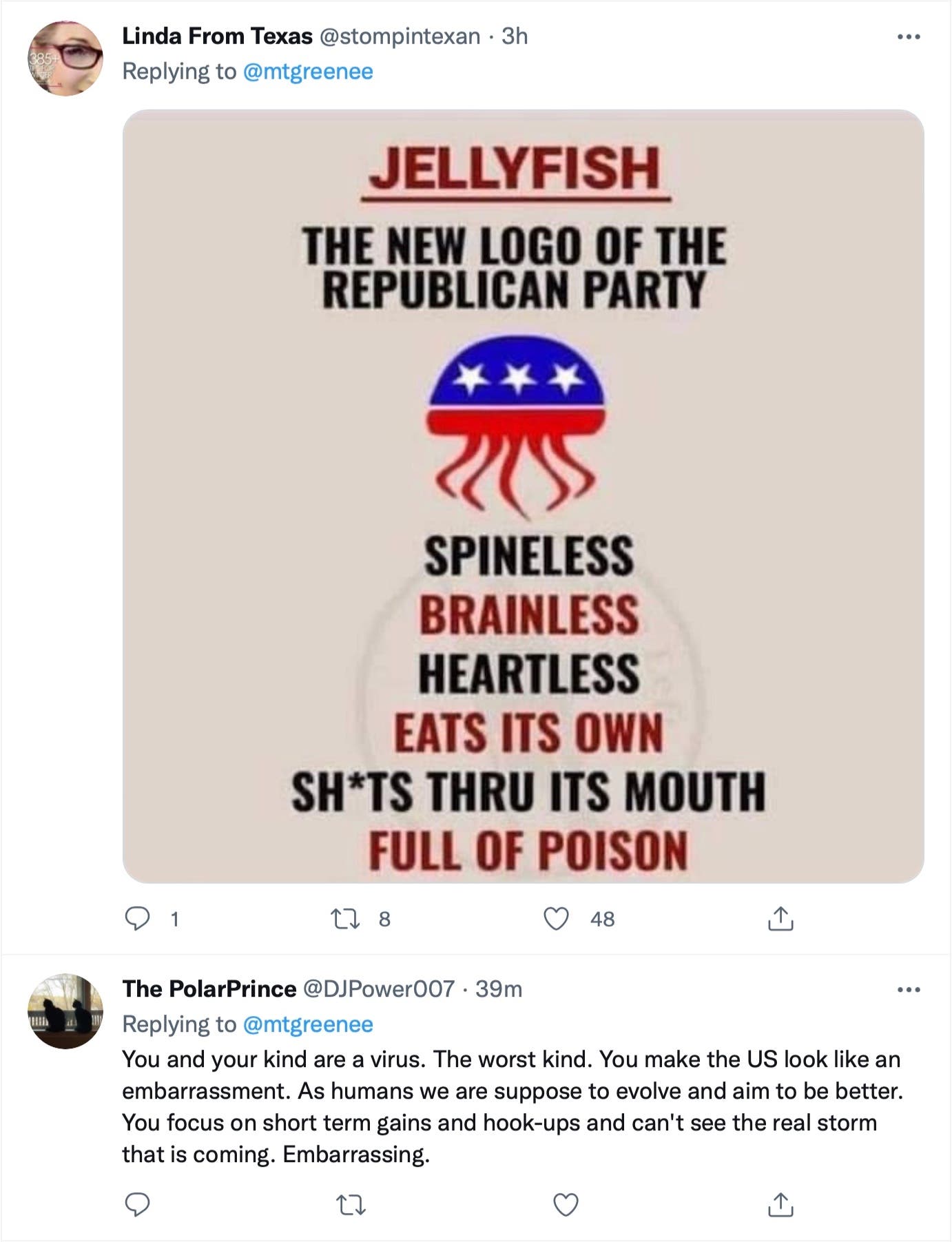 Society based on the rule that each one is a law unto himself would soon be confronted with disorder and anarchy.” Supreme Court Jacobson decision 1904. 2/2 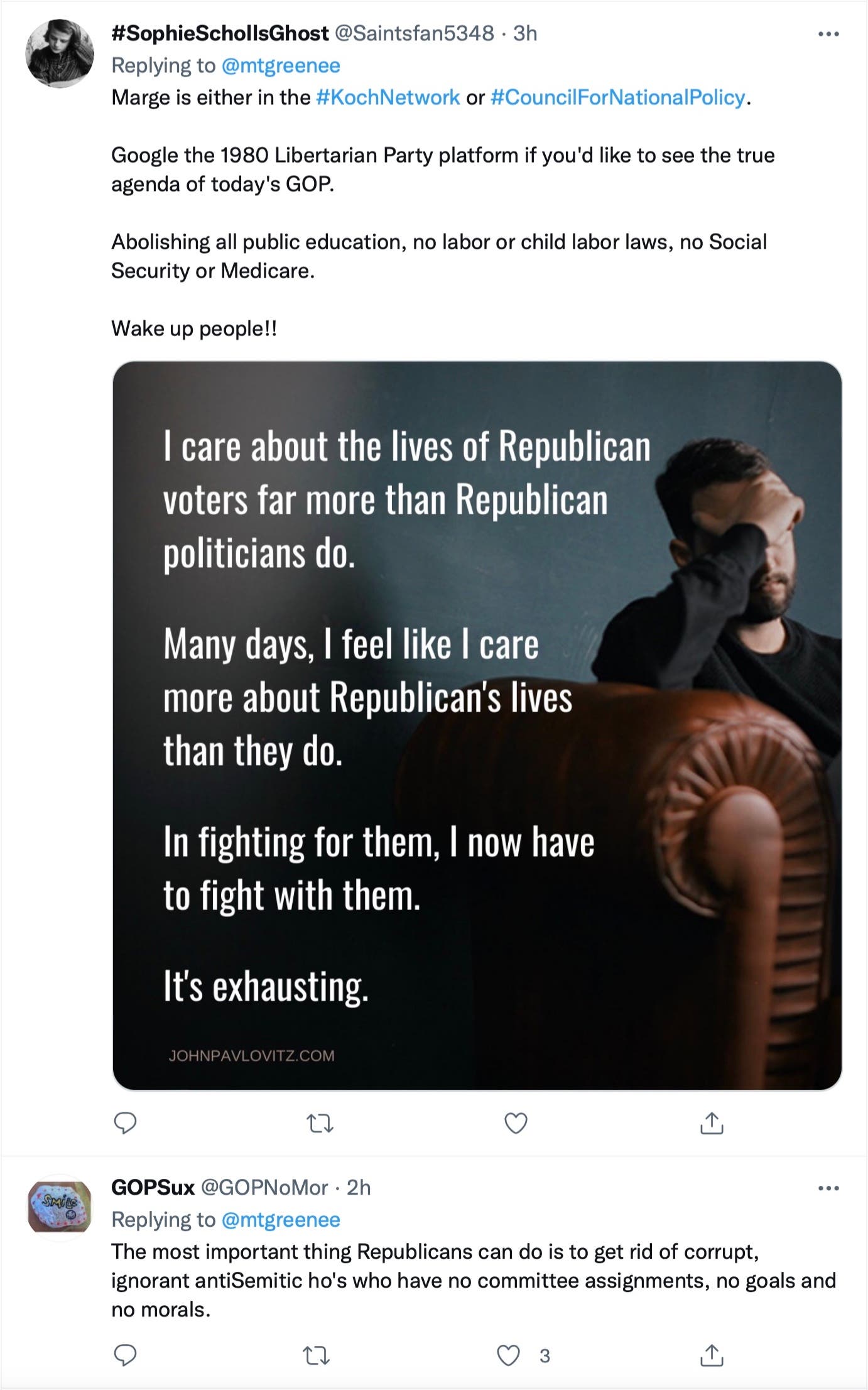 It’s a travesty that Marjorie Taylor Greene remains in Congress, even bereft of the committee assignments of which she was stripped shortly after being sworn into office.

The incendiary idea of defunding an agency that protects the safety and health of American workers — as its very name states — is an insult to the intelligence of our citizens and the strenuous efforts of those people who fought the battles to finally receive those protections.

The people of Georgia — and of America — deserve so much better.