Nobody ever claimed that Donald Trump isn’t completely shameless. One would have to be in order to issue the kind of statement that Trump issued in a press release this morning giving himself full credit for the continued existence of NATO in the face of Vladimir Putin’s reckless invasion of Ukraine.

Yes, the man who nearly tore asunder the European-American security alliance during his tenure as president of the United States with his faithless attacks on our long-standing allies and his bitching about the unequal burden of the costs of running NATO is now desperately seeking attention again by trying to make the story of the newly revitalized coalition standing up to Russian aggression all about himself.

Trump goes out of his way to remind the world that he was the one who pressured “delinquent NATO members” to catch up on the dues owed to the alliance with the implicit threat that he would unilaterally withdraw the U.S. from its treaty-bound obligations to NATO.

The tarnished former president was seemingly seeking an ego boost with his historical legacy on his mind as he sought credit for sending arms — including Javelin anti-tank missiles — to Ukraine, conveniently forgetting the extortionist phone calls he made to that country’s President Volodymyr Zelensky seeking to trade U.S. military aid for a politically-motivated investigation into then-presidential rival Joe Biden. 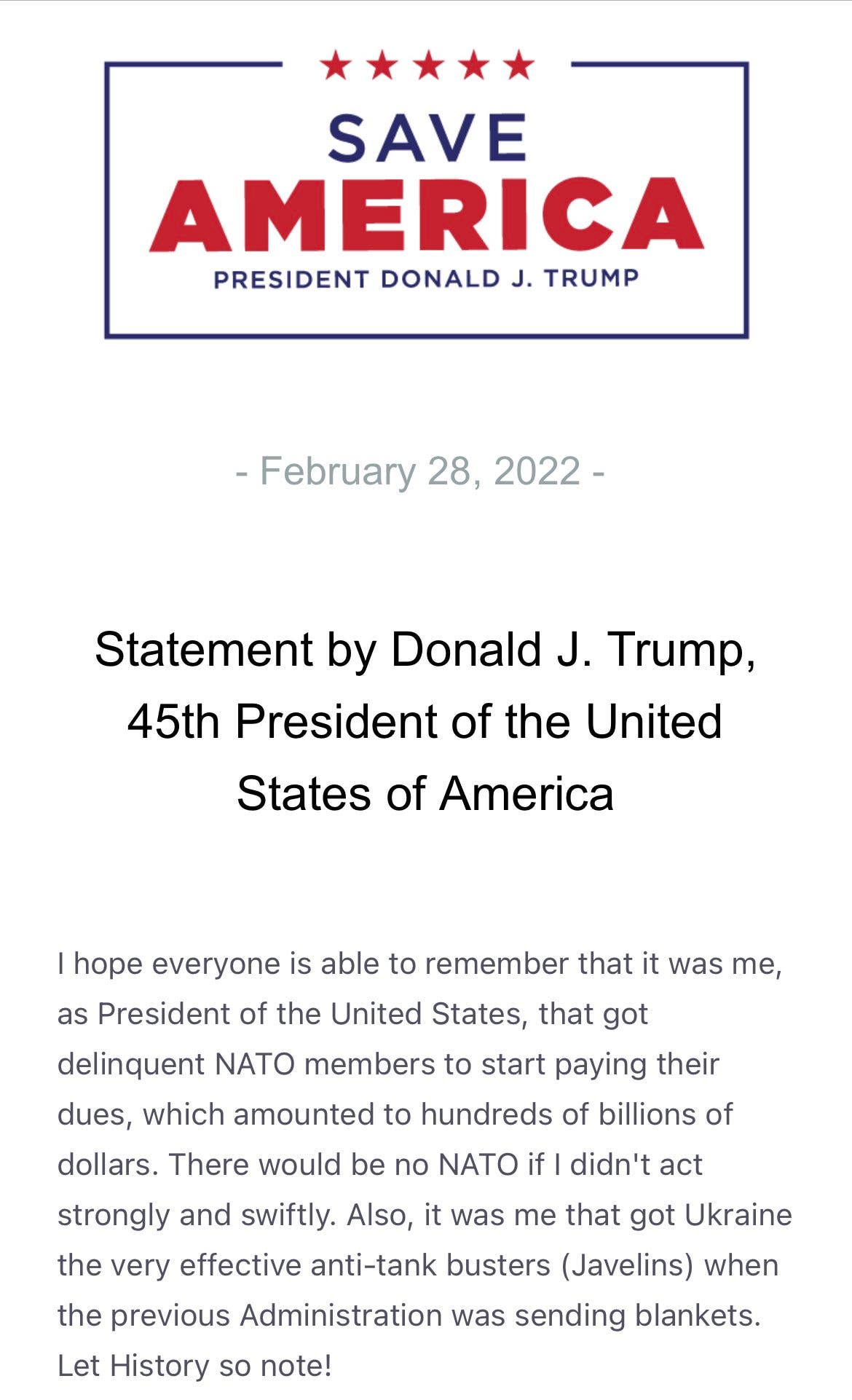 Social media users who saw Trump’s press release were not as forgetful as the hubris-filled ex-president.

They lambasted him in the comments section with forceful reminders of the role he played in enabling Putin’s illegal war of aggression against its neighbor. 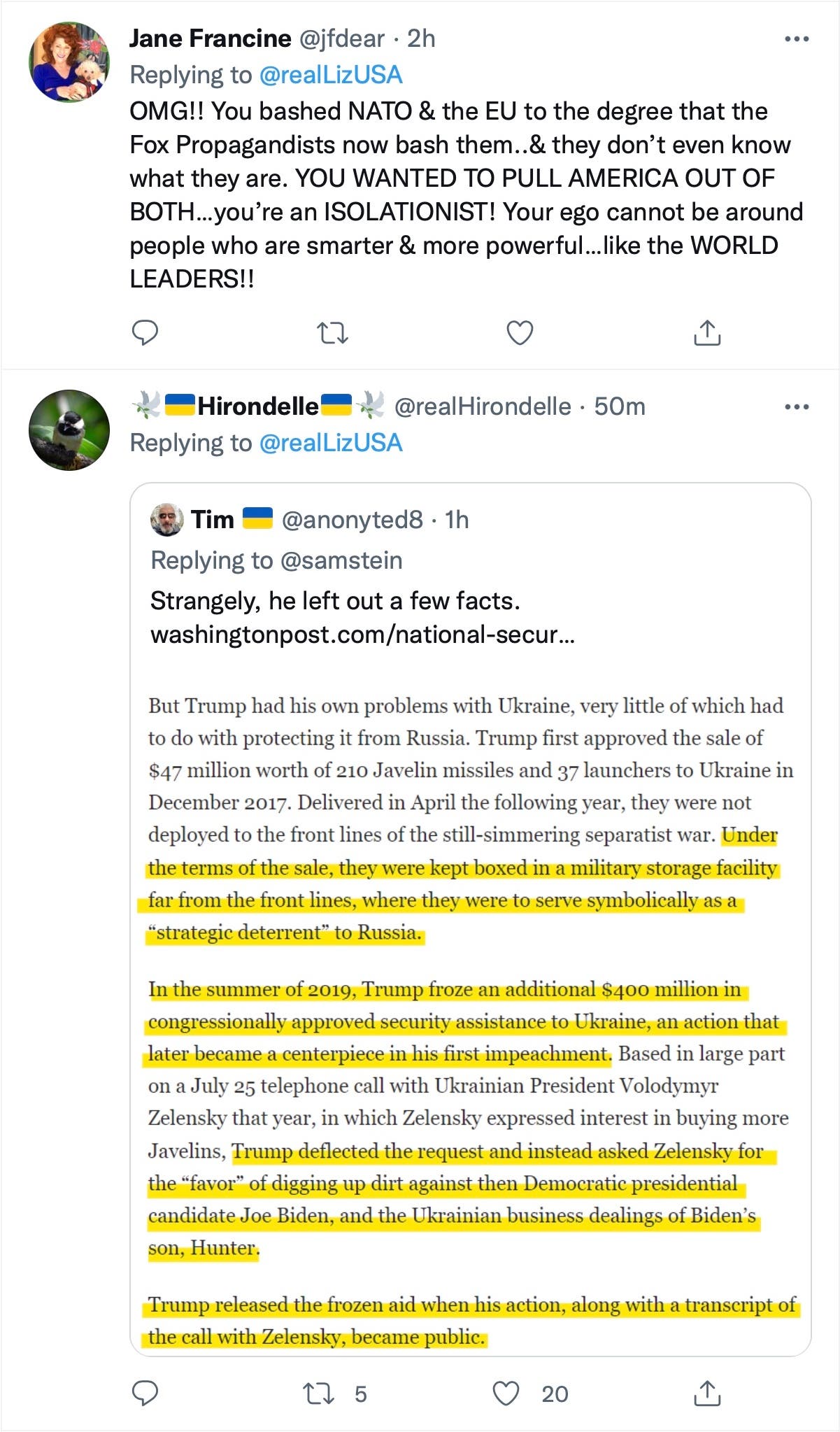 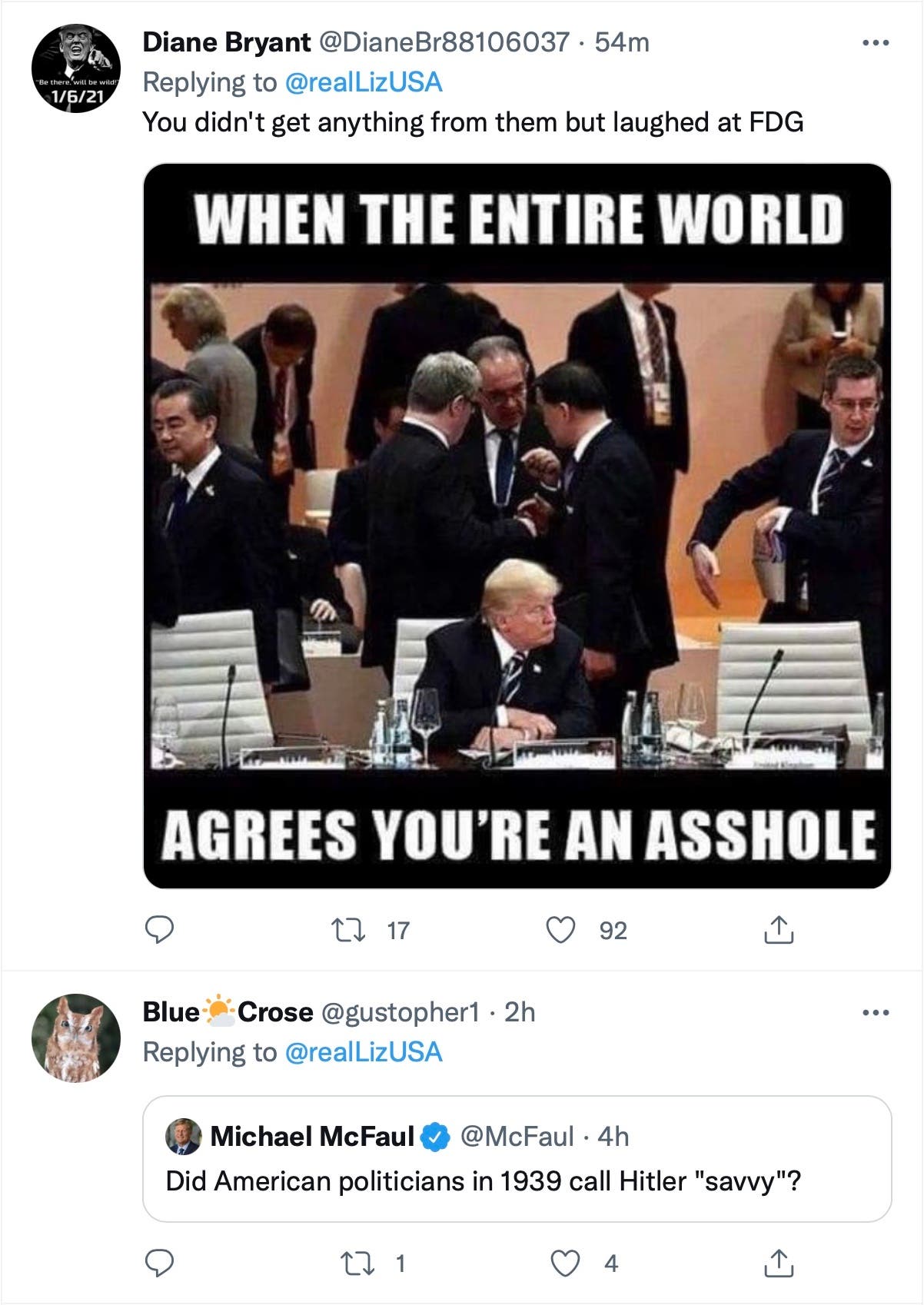 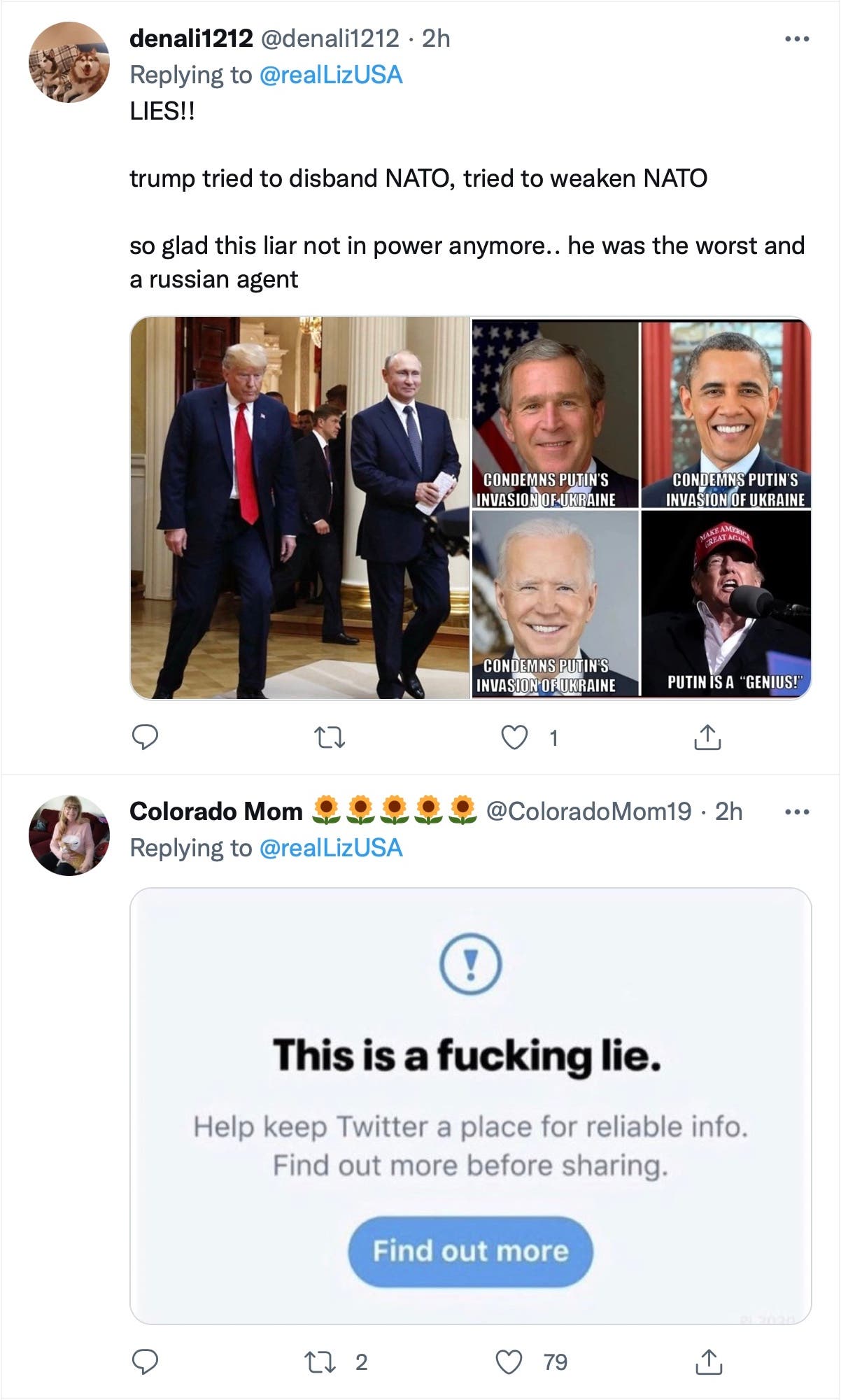 You denigrated our allies & threatened to withdraw from NATO which led the House of Representatives in 2019 to pass the NATO Support Act (H.R. 676) confirming Congress' support for the organization & prohibiting the Trump Administration from potentially withdrawing from it. pic.twitter.com/CUeLU1mJB9

Nobody was looking to the US for leadership during trump.With good reason

While there were plenty more comments in a similar vein, one could hardly find a single post responding to Trump’s NATO press release that supported his arrogant assertions.

Perhaps Trump’s supporters have all left Twitter to join him on his new Truth Social platform?

Or perhaps they have grown tired of defending the indefensible and are growing as weary of his egomaniacal outbursts as the rest of us have been for years already.

Either way, Trump would be best served in the historical record that he is apparently so belatedly concerned about by simply keeping his mouth firmly shut, particularly when it comes to NATO. Let the testimony in his hopefully upcoming criminal trials serve as the record of his presidency and his legacy.

Add your name to call on prosecutors to ARREST DONALD TRUMP for his crimes!Advertisements
Tags
NATO Putin russia Trump Ukraine