After being accused of sexual abuse by three of his former female students, Tennessee GOP House Representative David “Coach” Byrd (R-Waynesboro) will finally see his political career end in 2022. In 2018, Christi Rice was the first of the women to come forward. She was a 15 yr old high school freshman when Byrd, her high school basketball coach, began his advance, stating that “Basketball was my safe place, and he destroyed that.”

In an interview with Mother Jones, Rice says she can’t remember the first time he touched her, but she did say:

“It was more that he talked about it. He wanted to see me naked, that when he had sex with his wife, he was thinking about me.”

According to Rice, Byrd – Coach, as he was called – began leaving her IOUs. As in “owing” him for sex. He even wrote in her yearbook: 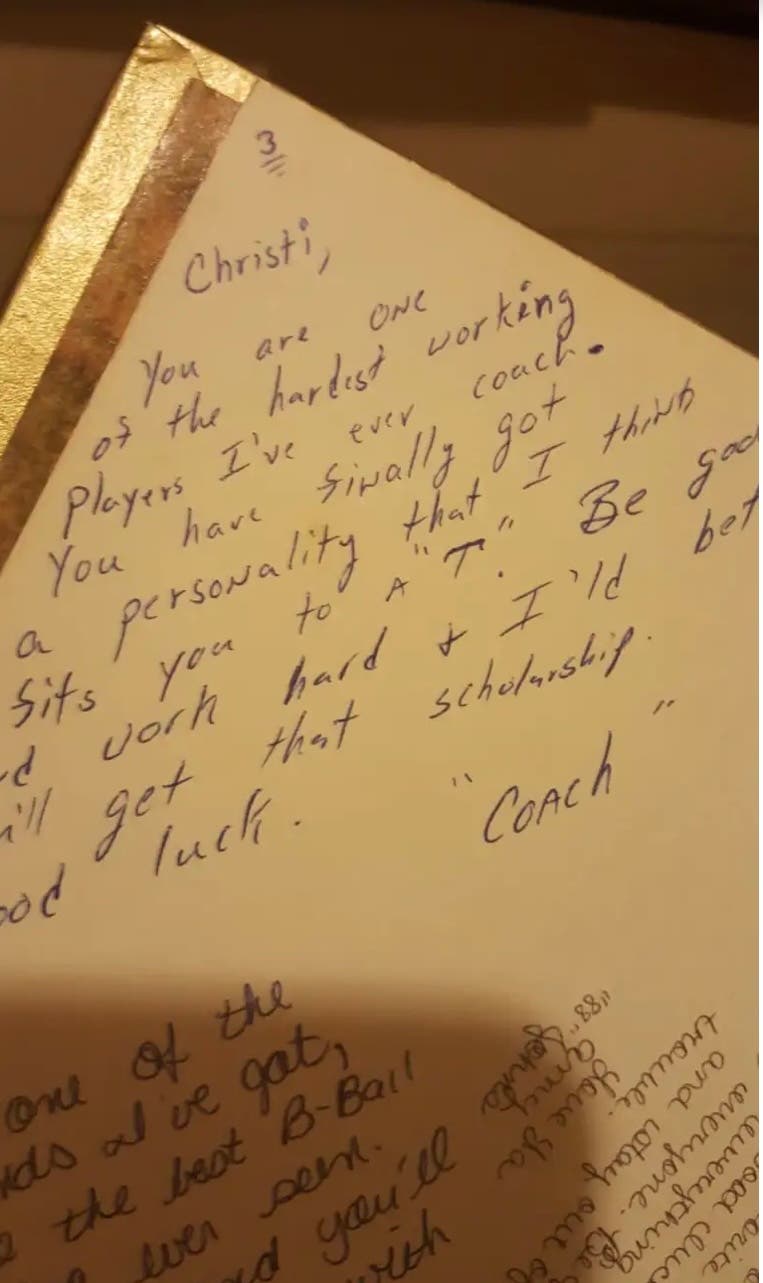 Byrd is accused of inappropriate touching by the women — touching them over their clothes, and attempting to get them to touch him. A 16- year old said that he touched her in his hotel room, and a 15-year-old said that he tried to touch her private areas while in a pool on a school trip.

Rep. David “Coach” Byrd was the girls’ basketball coach of Wayne County High School for 24 years. He also spent eight years as the school’s principal. When the three girls – who were ages 15 and 16 when the abuse occurred –spoke out in 2018, he had overwhelming support from the state’s GOP, despite a few dissenters. He was even appointed as the chair of the House K-12 Education Committee by the TN state House Speaker, Glen Casada, who publicly said he’d move if he was a victim of rape. Former Congressional candidate Justin Kanew, of the TN Holler, tweeted:

Our first video was @Kanew asking then-speaker, now-retiring @GlenCasada about his support for Rep. Byrd, who apologized for abusing high school girls.

Casada made him chair of an education subcommittee. 😳 #GoodbyeGlen pic.twitter.com/rWHg68Eatm

It was Byrd’s condemnation of the University of Tennessee’s hiring of Greg Schiano that prompted Rice to come forward. Schiano was present, and aware, of Penn State’s Jerry Sandusky’s sexual abuse of college players after unsealed testimony leaked and USA TODAY published:

“Testimony unsealed last year where former Penn State assistant coach Mike McQueary said that he heard Schiano, who was an assistant with the Nittany Lions, had witnessed Jerry Sandusky “doing something” to a boy in the shower.”

Rice called Byrd out on his hypocrisy and reminded him of what he did. It was a call she recorded. When confronted, Byrd told her “I’ve punished myself so much for that.” Byrd also said on the tape:

“I wish I had a do-over, because I promise you I would have corrected that and that would’ve never happened.”

The organization Tennesseans for Student Success had previously supported Byrd. Even after the allegations first became public, he won re-election by an overwhelming 78%. But they eventually changed their tune and sent out thousands of mailers to voters in Byrd’s 71st district calling for his ouster.

After the blowback, Byrd promised not to seek re-election in 2020. He lied. Though he’s no longer on the Education Committee — he was removed by the one who nominated him to the post — Byrd still serves in the Tennessee House and has an active teaching license. Though he isn’t seeking re-election this year, he’s not exactly known for keeping his word.