Mark Esper, the former Secretary of Defense under Donald Trump, recently published a book recounting some of Trump’s dangerous racist rhetoric that had the potential of killing millions of innocent lives. Esper remembers Trump asking if the government could fire missiles into Mexico and then pretend it wasn’t done by the US so that they could get away with it.

This kind of rhetoric can go back to Trump’s comments about how he viewed Mexican immigrants when he called them rapists back during his 2016 campaign. During this meeting, he generalized all Mexicans as if they were all members of drug cartels smuggling drugs through the border.

As dangerous as that potential war-starting comment was, that does not prevent right-wing propagandists from capitalizing on it with their racism, as we see in the tweets below. 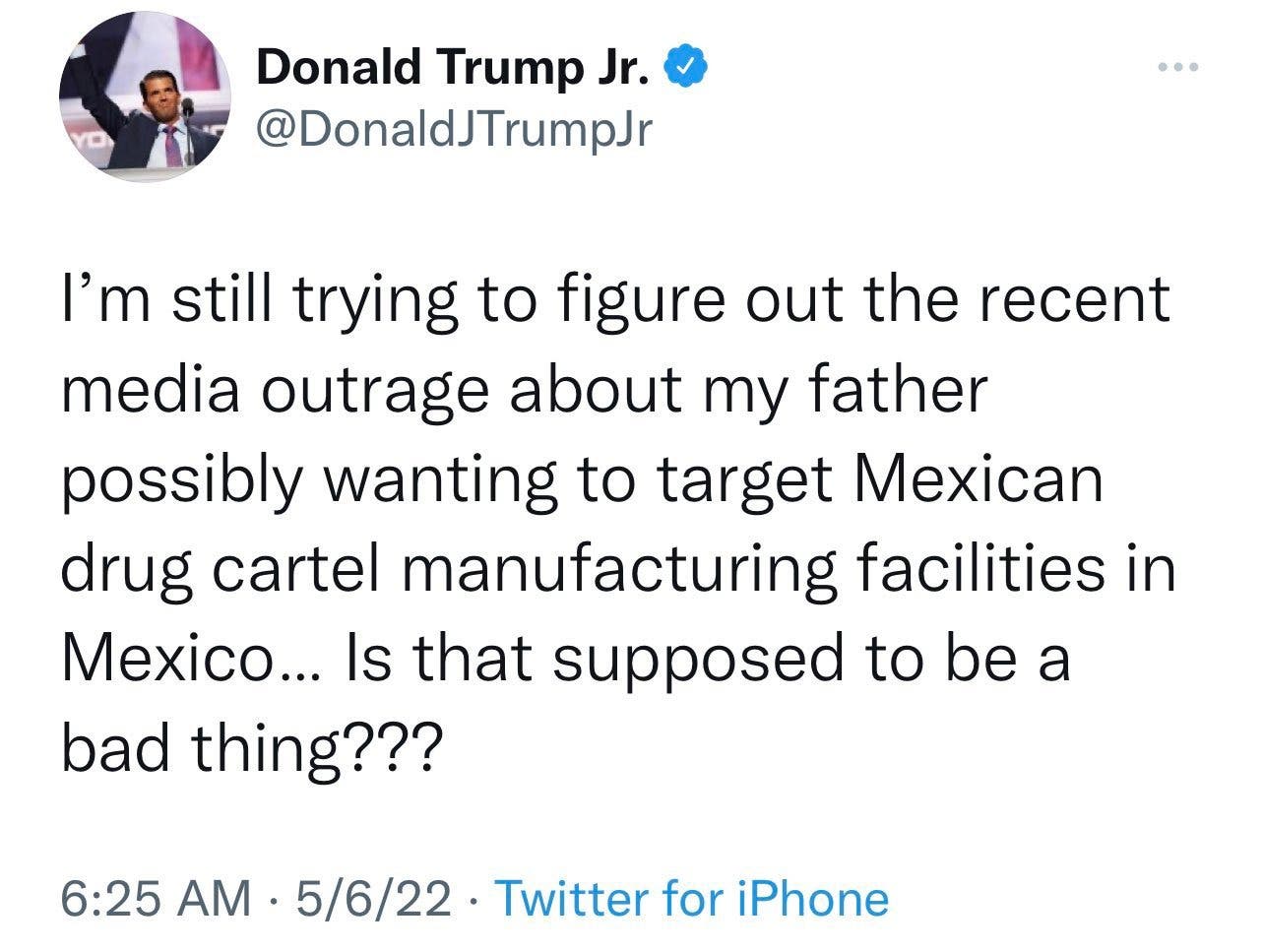 If you’re asking yourself just how dangerous this racist rhetoric is, you don’t have to look any further than the shooting at the El Paso Walmart. The shooter targeted Mexicans, and 22 were dead because Trump’s racism inspired the killer.

I can’t believe that I have to actually say in 2022 that it is racist and wrong to stereotype Mexicans; it is wrong to make threats of war crimes. This is why I believe that words must have consequences because words can inspire people to harm others, just like Trump’s words inspired his base to storm the Capitol on January 6th.  This will continue until Trump is held accountable.

I also want to mention that I can’t stand it when journalists or former government members publish books on Trump’s criminal behavior when the information they contain should have been used in his impeachment trials. Why must profit be made just to do what’s suitable for the country? Whatever happened to taking the oath of office seriously or principles of journalism to inform the American people?

This is an opinion column.