His defeat comes primarily at the hands of three-term State Senator Chuck Edwards who beat Cawthorn with 33.4% of the vote to Cawthorn’s 31.0%, with the rest of the ballots spread among the six other contenders in the race.

Many observers would agree that Cawthorn’s erratic behavior over the course of his re-election campaign — including driving with a suspended license, being caught trying to board an airplane with a loaded gun, accusing his fellow Republicans of participating in cocaine-fueled “sexual get-togethers,” and allegations of his involvement in a cryptocurrency pump and dump fraud scheme — did not help his efforts to retain his seat. Neither did the release of videos showing Cawthorn in drag or in a naked embrace with a male pal endear him to the conservative evangelical Christians in his constituency.

Cawthorn called Edwards to concede the race at 10:20 PM local time but otherwise did not comment on his loss.

Not to worry, the denizens of social media had plenty of commentary of their own to share about Cawthorn’s defeat.

I guess plowing his cousin's face was a step too far.

It was exposing the #GOPcokeorgies 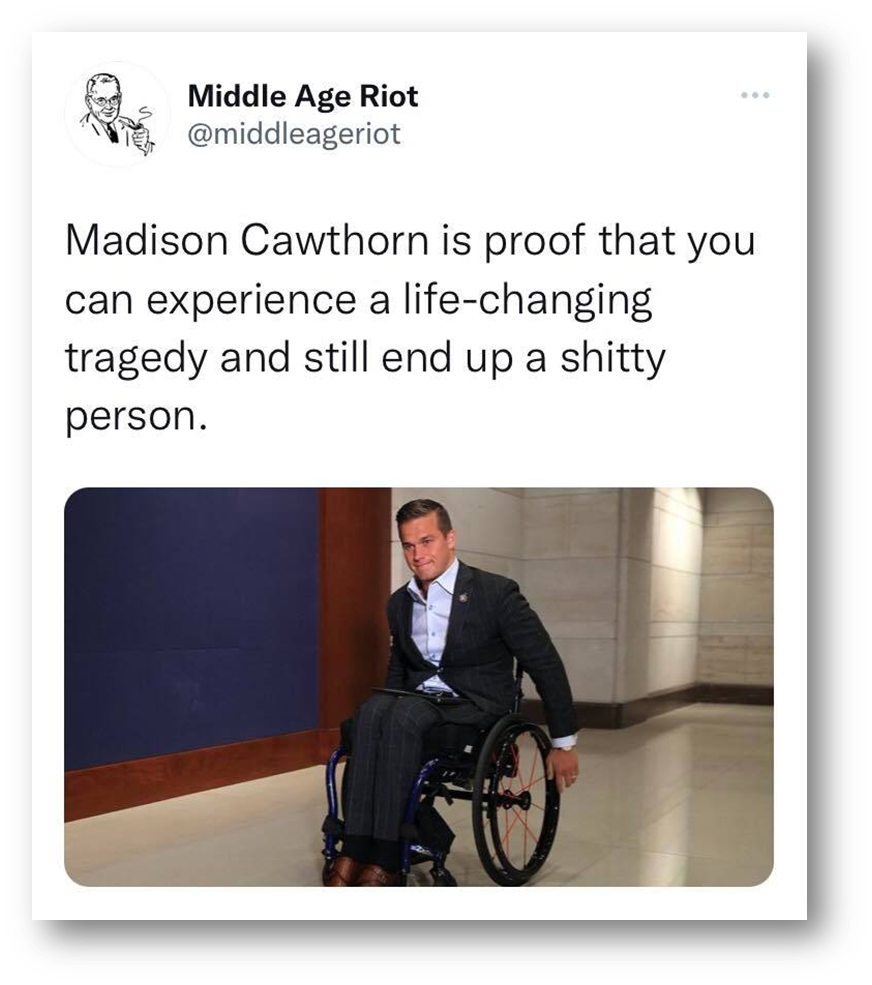 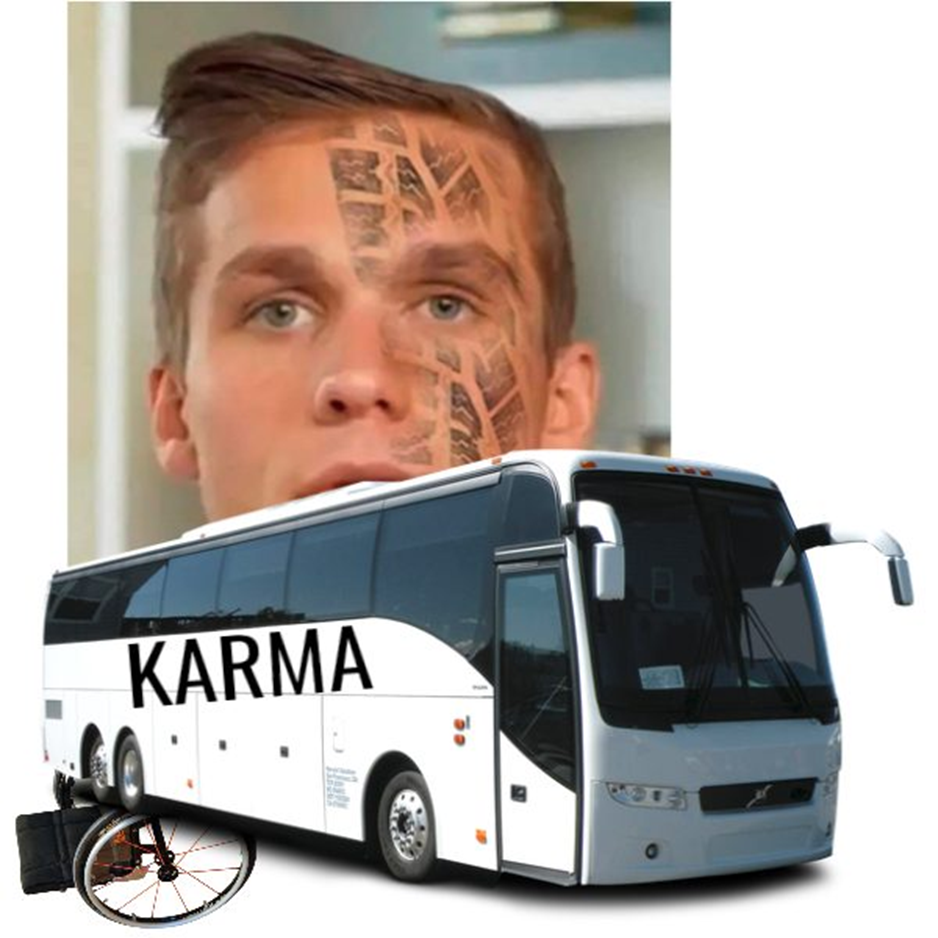 Wait! He can still win if Mike Pence has the courage.

While progressives may rejoice in the defeat of one of the Republican Party’s most annoying right-wing extremists, Chuck Edwards, the man who beat Cawthorn, is no less of a right-winger than his vanquished opponent.

“We are more determined than ever to take control of our own destiny and send someone to Washington, D.C., that is one of us and reject the real establishment in D.C. and career politicians that have lost track of people like us,” Edwards said after his victory.

Original reporting by Joel Burgess at The Asheville Citizen Times.