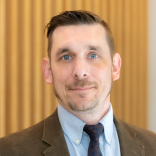 As Americans, we often thank our veterans for their service to this country.

While the sentiment is appreciated, I am asking you to do more today.

Thank us for our service by contacting your Senator and asking them to support the Sergeant First Class Heath Robinson Honoring Our PACT Act of 2022.

For decades, our service members have been suffering and dying from conditions related to exposure to toxic substances.

Hundreds of thousands of veterans have been exposed to the world’s most hazardous conditions, from nuclear testing clean-up sites to Agent Orange coming from sources like toxic burn pits and exposure to PFAS, better known as “forever chemicals.”

That’s why so many veterans, myself included, have come home to report numerous conditions and illnesses that they believe are directly connected to their service. In some of the most heartbreaking cases, rare and often terminal cancers are found in extremely young and healthy individuals.

Veterans exposed to these toxins have been continually deprived of their right to access Department of Veterans Affairs benefits and healthcare due to the agency’s frequent refusal to recognize a service connection to their illnesses or injuries.

This was a well-known issue during the Vietnam era with Agent Orange veterans, and now, we are seeing it again with veterans exposed to the toxic smoke of open-air burn pits in Iraq and Afghanistan.

As these veterans fight for their lives, they frequently fight a VA system that continually denies the services and compensation they earned through their service to our country.

As a veteran that served in Balad, Iraq, and was exposed to a burn pit.

Our burn pit was 10 acres of burning chemicals, medical waste, metal, munitions, petroleum products, plastics, rubber, and body parts at a rate of 100-200 tons per day. I was exposed to the toxic smoke that it produced 24 hours a day with no escape.

It was as if walking through a dense, acrid fog.

The burn pit produced a smoke plume thick enough to limit visibility and produce ashes throughout the base. During my deployment, I knew that the burn pit exposure was having a harmful impact on me physically.

Since then, I have experienced a persistent cough, fluctuations in weight, asthma, sinus cavity cysts, and nodules in my left lung.

For 14 years, I have submitted claims to connect those conditions to my burn pit exposure in Iraq. Each claim is denied because the Department of Veteran Affairs says will not connect my conditions to my service.

I consider myself lucky because I can write about this issue and advocate for other veterans in similar situations. The same can’t be said for other advocates who died while fighting for a toxic exposure bill to be passed.

Many veterans are not as lucky. They passed away, waiting for benefits that never came.

Advocates like Kate Hendricks Thomas, Jennifer Kepner, Lauren Price, Wesley Black, Amie Muller, and Sergeant First Class Heath Robinson. These brave warriors fought until the end with the hopes that they could save a fellow veteran.

It is a solemn feeling to feel lucky when you’re still alive to fight for care, benefits, and compensation for yourself and for others in the same situation all over America.

We have not fulfilled our promise to care for the people who swore to protect our country as a nation.

But we can change that.

Recently, the United States Senate took an important step by striking a bipartisan agreement to pass the Honoring Our PACT Act which was previously passed in the House of Representatives. This important piece of legislation provides benefits and health care services that veterans impacted by toxic exposures have earned.

I am asking you to contact your Senators to tell them to honor our promise to our heroes by providing health care, benefits, and compensation they earned in defense of our nation.

You can find Ted Corcoran on Twitter: @RedTRaccoon He is a contributing columnist.

OP-ED: Plea to the House and Senate GOP from a former Republican!

OPINION: This is why I’m suing Florida Governor Ron DeSantis for censorship

OPINION: The arrogant racism of the Jan. 6 complaints of Jack Del Rio