CONTINUING: The January 6th committee has too much evidence to quit

Doug Mastriano, the Trump-backed, insurrectionist-supporting GOP nominee for PA Governor, has deleted multiple videos from his Facebook page, it was discovered this week. A vocal 2020 election denier, Mastriano has apparently realized that video evidence of supporting fascism doesn’t have mainstream appeal to Pennsylvania voters.

Before this latest batch of deletions, Mastriano had previously removed potentially problematic or controversial posts from his public Facebook page, including tweets and videos promoting the QAnon conspiracy theory.

The Republican gubernatorial candidate has been pushing unsubstantiated lies up until now, but, as his bid for the Pennsylvania governorship gets in full swing, he appears to be covering his tracks now.

He has made his extremist views a central part of his gubernatorial platform, by speaking out about “protecting life” and accusing his opponents of being partisan.

He even coordinated busses to the Capitol riots and was a key player in attempts to overturn Pennsylvania’s electoral votes, instrumental in orchestrating fake ballot electors.

On January 6th, Doug Mastriano paid thousands of dollars to bus Pennsylvanians to the insurrection.

To date, at least five of Mastriano's supporters have been charged, including one supporter who took Mastriano's chartered bus to the Capitol. https://t.co/USqEaTdrcs

Mastriano has been a 2020 election truther, using false claims that the election was stolen from Trump as the core of his campaign. But the fact that a Republican PAC was raising money for his opponent shows just how much traditional Republicans think of the candidate that won their party’s primary. 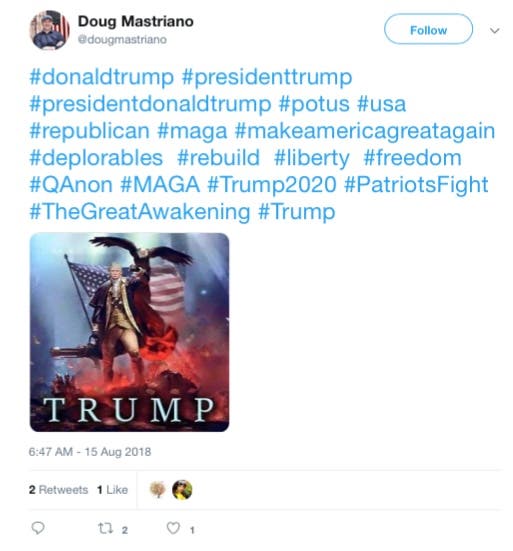 While Mastriano didn’t shy away from his participation in the Jan. 6 insurrection when he was using it to Target trump’s MAGA supporters, now he has shown us who he is.

Mastriano has shown where his loyalty lies – and it isn’t to America or the constitution.