The first poll, done by Blueprint Pollings, has DeSantis as a 51/39 favorite for the GOP Presidential nomination. The results of a different poll by Victory Insights give DeSantis an even larger lead over his former mentor, 61/39. 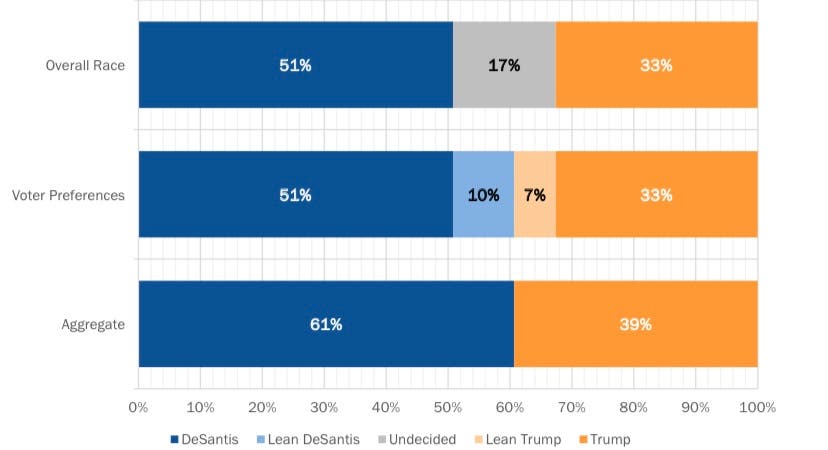 “Our new poll conclusively determines that DeSantis is favored to beat Trump in Florida’s Republican Primary for US President in 2024. Not only that, but DeSantis’ lead over the former president is the largest ever registered in a publicly-listed 2024 poll,” Victory Insights said.

Not only did Trump lose to the man he helped to secure the Florida governorship to begin with, but in the four categories: popularity, likability, enthusiasm, and strong supporters – Ron DeSantis led in every metric.

De Santis is 8% more popular and has a 24% higher number of “strong supporters.”

According to the data collecting company, “In other words, Ron DeSantis is officially more popular than Trump in the state of Florida.” 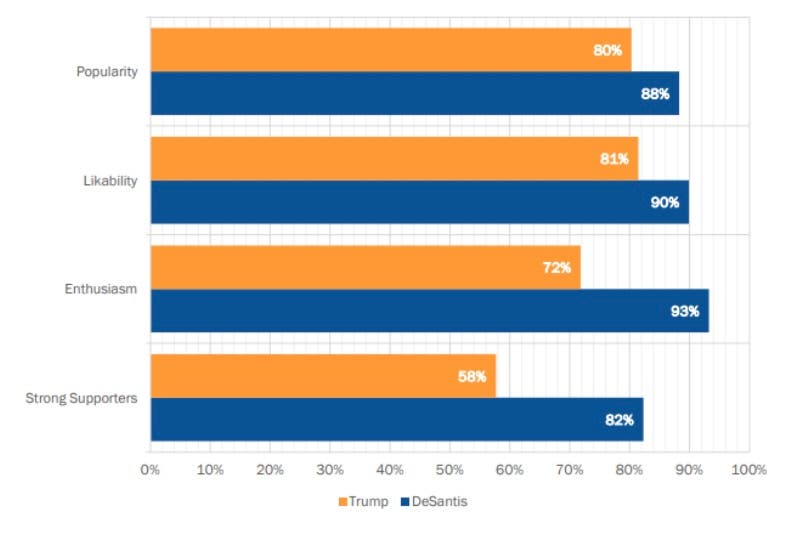 DeSantis is currently facing stiff competition in his re-election for Florida governor. Former Republican Charlie Crist’s campaign has been well received, with him and the current governor running neck and neck.

Since the televised Jan. 6 hearings began, there has been a notable shift in support for Donald Trump.  The lack of evidence of mass voter fraud, coupled with compelling testimony from former White House aides and allies before the investigative panel, has accelerated the pace of the sapping of Trump’s favorability rating.

Fox News owner Rupert Murdoch has been using both his print and television media outlets to look to the future. He posted a video of an Arizona MAGA supporter saying that Trump is “too polarizing,” according to Mediaite, with one voter saying:

With De Santis’ big money backing and his outraising of the former President in political donations in the first half of 2022, many people think that it is a telling signal that Trump is on a downward slide.

Senior Pollster Ben Galbraith says despite 2024 being years away, “the poll’s results are immediately applicable.” He doesn’t mention whether he thinks that Florida’s results will translate nationwide, but he did acknowledge “The fact that a former president is trailing one of his political apprentices in any poll is significant. Especially to the degree shown in this poll.”

You can view the poll findings here.

Progressives may rejoice in the fact that Donald Trump is not as popular as he once was, but DeSantis is no better in terms of policy than Trump, and his relative lack of baggage compared to the disgraced former president makes him perhaps even more dangerous.