Donald Trump Jr. once promised to build low-income housing worldwide. Now he has gone back on that promise.

In 2010, Junior and his backers announced they were going to build millions of pre-fab homes for the poorest in the world. Their company, Titan Atlas Manufacturing purchased a 158,000-square-foot factory to produce affordable homes. 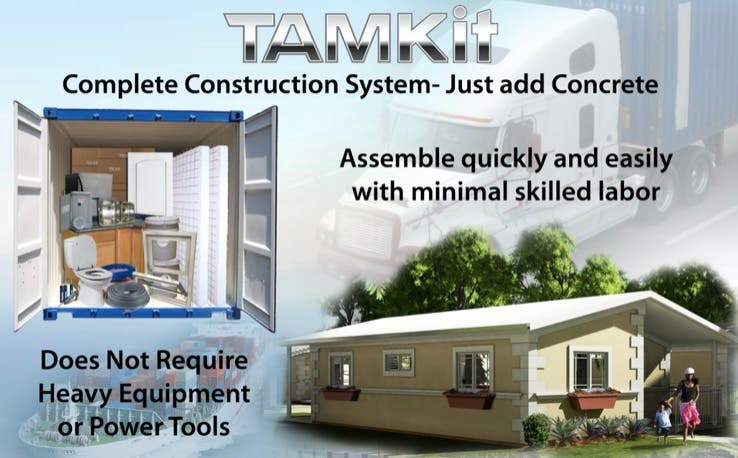 A heavily touted project was the supposed renovation and conversion of an abandoned naval hospital in Charleston, SC into a luxury hotel. It was never built and left the residents of the Southern city with a $33 million tax bill, and the hospital building in poor shape. But not before Trump Jr. and his business partners skipped away with the profits.

It was a “real-life Sopranos episode,” according to a contractor.

The New Republic reported that hundreds of thousands of homes were supposed to be built, but only a few could be found. One was for the mayor of N. Charleston – a major fundraiser for the Trumps.

“My dad built all these beautiful skyscrapers and these gorgeous buildings. I can’t compete with that. But what I can do is build millions of houses for the poor in the world.”

Former Trump fixer Michael Cohen became entangled in Junior’s legal troubles related to his failed business venture. He later said of Don Jr. that “He was desperate to make money on his own. And desperate people do stupid things.”

When things failed to live up to their promises – the homes reportedly had no windows, doors, plumbing, or electrical – Don Jr., didn’t return calls and dismissed complaints as “nonsense.”

Picture of Don Jr. with business partners, and his “patented wind turbine.”

Following his father’s blueprint,  Junior and his partner Kimble Blackburn took no responsibility – and benefited from inflated losses on federal tax returns, claiming over a million dollar shortfall in 2011, and almost $500K in 2012.

The company would deduct state and federal taxes and Social Security payments from their employees’ paychecks without turning them over to the government, making the company responsible for the missing funds.

In 2017, Titan Atlas Manufacturing had multiple liens, according to The Washington Post. Tax attorney David Buckley said, “In effect, Titan Atlas appears to have stolen from their own employees and the federal government.”

Apparently Don. Jr. is a chip off the old block.