One would think that a man who swore to protect and defend the U.S. Constitution — even if he was a notoriously prolific liar — would have an inkling of knowledge about the contents of the nation’s founding document. Disgraced former president Donald Trump, however, seems to just make up —or ignore — many of the Constitution’s provisions to fit his own nefarious aims at his own whim.

This morning on his Truth Social platform, Trump posted his latest purposeful misinterpretation of what the Constitution says about how our government functions and its leaders are elected and demanded that he be declared the rightful winner of the 2020 presidential election that he actually lost by over 7 million votes.

In what Trump likely considered a magnanimous gesture, he offered instead of immediately being crowned president to allow a new election to be held post haste. 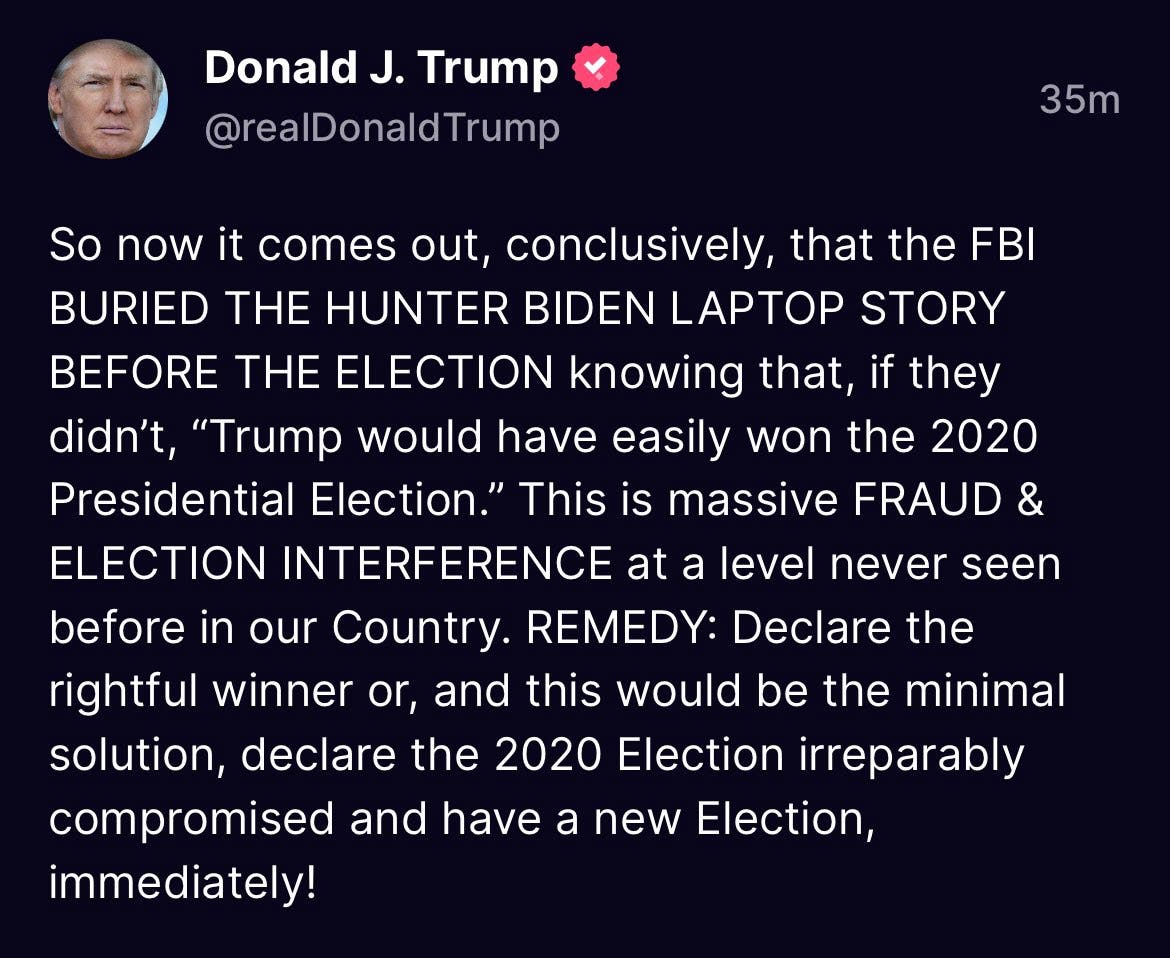 Citing reports that “the FBI BURIED THE HUNTER BIDEN LAPTOP STORY BEFORE THE ELECTION,” Trump makes the impossible-to-verify claim that he would have won the election if only more Hunter Biden propaganda could have circulated in the media before the election — as if right-wing media hadn’t been pushing their version of the accusations against Joe Biden’s son every day in the lead up to the election.

It also ignores the fact that the FBI had previously helped him win the 2016 presidential election when then-FBI Director James Comey announced shortly before election day that he was reopening the investigation into Hillary Clinton’s email scandal which they had previously dismissed as a tempest in a teapot. How quickly Trump turns on his benefactors!

Sorry, I’m going to be busy for a while sending this to every semi-sane Trump supporter that I know.

Plus if republicans had this laptop in their hands who know what they added onto it, rotten crooks.

I know its funny BUT his level of batshit crazy insanity is also very scary because millions of brainless cult members believe this fucking shit.

Trump is calling for a new presidential election “immediately.”

Mo Brooks told us earlier this year that Trump was urging him to pull off such an effort to subvert the Constitution as late as last year.

22 months after the 2020 election, Trump puts it down in his own words. https://t.co/cZ7s6hGzOX pic.twitter.com/HkgwKfuwJe 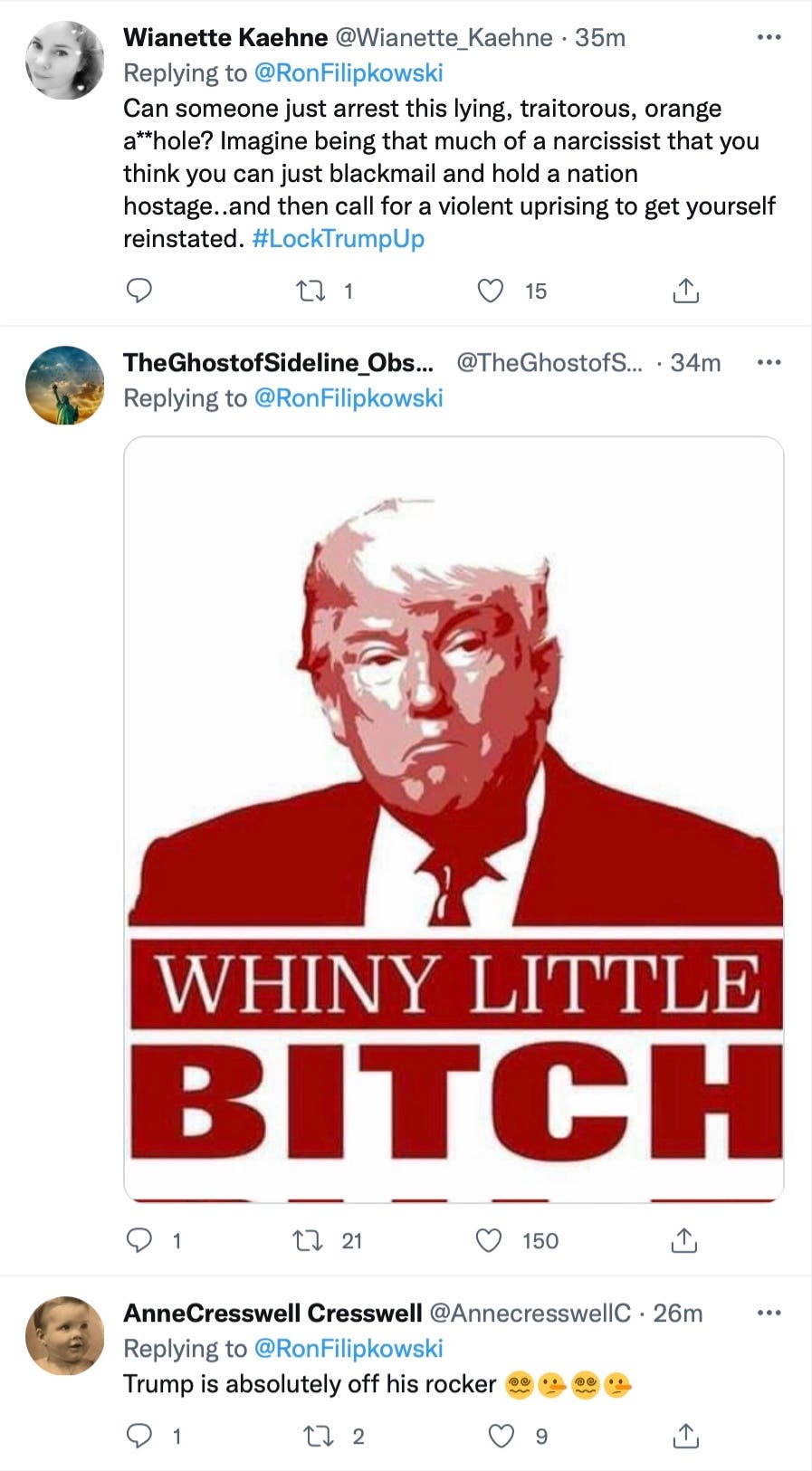 Trump’s increasingly desperate social media posts merely betray the fear that is now likely consuming him as the Justice Department examines the considerable evidence that the former president illegally absconded with some of the nation’s most closely guarded secrets when he left the White House.

While his opponents may revel in schadenfreude at Trump’s trembling, his influence over his violent MAGA followers makes his fear a dangerous ticking time bomb that we may soon have to confront.

It’s also the reason that the Justice Department should move quickly to indict Trump and put him on trial for his now-proven crimes.