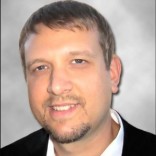 If a political party does not have its foundation in the determination to advance a cause that is right and that is moral, then it is not a political party; it is merely a conspiracy to seize power.

Emotional attachments to political beliefs often traumatize the individual and blur the line between fantasy and fact.

This unhealed political traumatization explains why so many cannot emancipate themselves from the manacles of fêting fealty to Trump, Trumpism, and his imitators.

Biden’s Philadelphia speech last week was a political Rorschach test. Yes, millions of Americans (including millions of Republicans) agreed with the President’s argument, even if some disagreed with the optics and visuals. (I have a concern with some of Biden’s recent “MAGA” messaging, which I’ll get to momentarily.)

Biden’s address wasn’t a test for the Trump sycophants who will go down with the ship, so to speak; no, it was a test for Trump voters who may have soured on him: if such a voter found him/herself emboldened and/or offended by what Biden said, they’re grappling with the extreme partisanship borne of unhealed political traumatization.

We need to speak with, and listen to, them; yes, we need to remove ourselves from our comfortable spaces of the social media and punditry-verse and engage these Trump voters who began drifting away from Trump before Biden’s necessary warning. Why? Because there are free-agent voters who can be persuaded to form unlikely—but necessary—alliances with Democrats in November.

Does it really make sense to spend all our time around those who are already voting Democrat?

RELATED CONTENT: How I went from voting for Trump and DeSantis to voting Democrat as a registered Independent

The Psychology of Trump/GOP Traumatization

My organization, Listen. Lead. Unite., is dedicated to healing America’s political traumatization by bringing together communities and leaders; necessarily, as part of my work, I’ve cast a very wide net, and have taken the time to understand the precise motivators and mindsets of Trump, and extremely partisan, GOP voters.

Biden’s speech was not an affront to me, because I am not an election denier who will undermine the rule of law if my preferred candidates lose. For those, however, who were moving on from Trump, but are now re-energized, there are numerous reasons why so many struggle to break the Trump trance; recognizing these reasons is mandatory to cementing our coalitions for November, and beyond.

Leaders on the political right incessantly mewl that they are preyed upon by “Marxists,” “liberal media” and “Big Tech oligarchs,” amongst other nefarious boogeymen and devilish phantasms. Are Republicans and conservatives sometimes unfairly targeted? Yes; unfortunately, all groups are, at times.

The modi operandi of the politicians and pundits on the right are designed to craft a uniting identity based on traumatization, hysteria, aggrievement, victimhood, and paranoia; when a group believes others are “out to get them,” that phobia of being conspired against is empowering—it’s the glue that binds the group who believes they’re in the crosshairs of their enemies.

Yes, Democrats do sometimes go too far in identity politics; diversity is a strength but overdoing the categorization of people makes them weary. The GOP’s identity politics, conversely, are toxic and self-immolating, centered upon an increasingly obsolete male/Christian/heterosexual/Caucasian political product.

One quibble I have with Biden’s “MAGA” messaging is that it’s usually counter-productive to brand a politically traumatized group; to this day, Trump voters identify as “Deplorables,” because such branding is not a scarlet letter for the traumatized—it is a tribal marker that is proudly and ostentatiously displayed.

If you use the “MAGA/Ultra-MAGA” language, please consider ceasing and desisting; nicknaming the opposition is playing Trump’s game, and he will always  win at his own game

Trump enables the right’s modi operandi better than any Republican any of us have ever observed. I’ve vacillated often as to whether I believe Trump knows he lost fair and square; perhaps he has convinced himself that he was cheated.

But the DeSantises, Cruzes, Grahams, McConnells, McCarthys, Hawleys—the entire lot of Trump mimickers and apologists—know damn well he lost, and every time they refuse to say so, they strengthen the position of Trump as the cult leader, and weaken our democracy and institutions.

Yes, every American is responsible for his own thoughts and actions, but we cannot discount the abject leadership failure of the Republican Party apparatus—from their refusals to recognize Biden as President, to their intelligence-insulting designation of January 6 insurrectionists as legitimate propagators of political discourse.

Ask yourself why there is virtually no highly visible Republican in America who would speak Ike’s words that opened this column; he/she would be called a covert Democrat communist. Leaders, however, are always honest, even at the risk of losing votes.

Unhealed political traumatization poses an existential threat to our American experiment; the official GOP response to Biden’s speech further affirms this. The long-term enormity of the work to heal our nation, and continue perfecting our Union, is not lost on me.

For the sensible Republicans in your life who remain entranced by Trump/the GOP, ask them why they are so petrified of Democrats winning elections; Republicans hearing their own answers is the first step to changing hearts and minds.

This is an opinion column that solely reflects the opinions of the author. 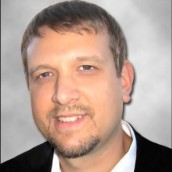 OPINION: Is a Florida veteran being charged with attempted murder because of his wife’s politics?

SICK ADVICE: Fox News hosts say viewers should go to work & “cough all over each other” when sick

BELLY OF THE BEAST: Alex Jones and his PREVIOUSLY UNDISCLOSED text messages