Politics used to be the milieu solely of intelligent people who were often graduates of Ivy League colleges and law schools and/or Rhodes Scholars. It weeded out those who couldn’t slog through the often mind-numbingly dry policies and laws that have kept this country from becoming annexed by Germany or Russia.

Even as recently as 2012, politics still had a whiff of dignity, with candidates delivering (mostly) smart, sharp, and respectful discourse. And I can tell you that a total number of zero Mitt Romney supporters ever trolled me on Twitter or threatened my life. But then Trump and The Worst People Living Under the Rotten Stairs ruined everything, and now being a stupid MAGA bully is more important to too many American voters. 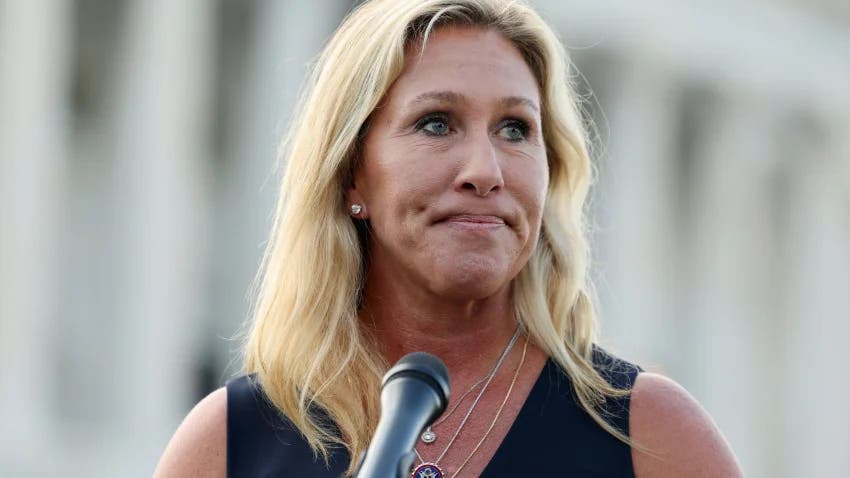 The deliberate dumbing-down of America and its government is just mortifying. Look at our Congress right now with Boebert, Gaetz, Cawthorn, Jordan, etc, bringing down the collective Congressional IQ. But the dumbest of all is the Queen of the Qrazy QAnons, Marjorie Taylor Greene, who can’t seem to remember any facts about anything despite me and thousands of other Twitter users reminding her. Including how to spell. 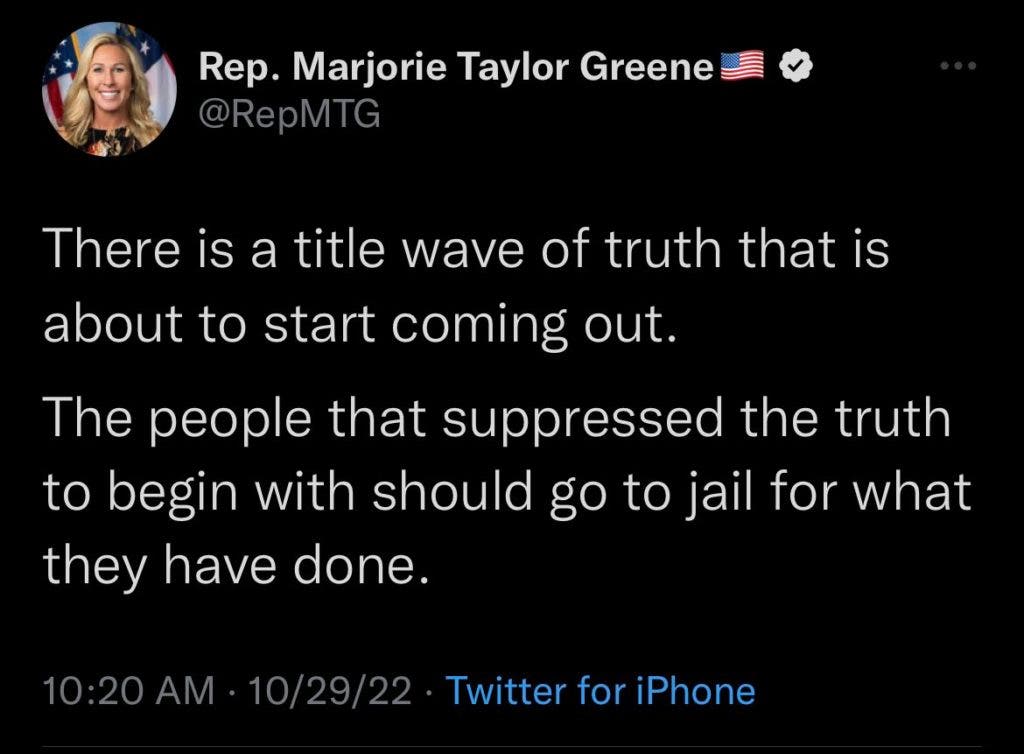 “Title wave.” She tweeted that, a sitting member of Congress. One who actually does have a college degree (from the same college I attended, the University of Georgia. That’s right, where super dumb Herschel Walker played football and bragged how he graduated as Valedictorian when he never graduated at all!). And it sat there for HOURS as Twitter roasted her like vegetables for a gazpacho base. And then she noticed that Twitter noticed.

Yep, from the same Qrazed mind that brought us “Gazpacho Police” and “Peachtree Dish,” we can now add “Title Wave” to the list of phrases Marjorie has mangled. And Twitter was enjoying that schadenfreude along with their coffee on Saturday. It nicely counterbalanced the Elon Musk trolls for a little while.

Marjorie Taylor Greene says there is a “title wave” of truth about to start coming out. Where? Inside the “peach tree dish” curated by the “Gazpacho Police?” Just blows my mind that anyone this stupid can hold any kind of elected office. pic.twitter.com/0eDsz9J2eF

Marjorie Taylor Green will get a Noble Piece Prize for her work uncovering the Gazpacho Police and this title wave of corruption https://t.co/l8ggCA35SY

Tara Dublin
Tara is a reported opinion columnist at Occupy Democrats. She's a woefully underappreciated and unrepresented writer currently shopping for a super cool novel that has nothing to do with politics while also fighting fascism on a daily. Follow her on Twitter @taradublinrocks
Latest Posts
Tags
gazpacho police Marjorie Taylor Greene Opinion title wave