The man charged with attacking House Speaker Nancy Pelosi’s husband in their home told investigators he wanted to “break Nancy Pelosi’s kneecaps” in the assault so she could be “an example” to other Democratic members of Congress, federal prosecutors allege.

David DePape has been charged federally with influencing, impeding, or retaliating against a federal official by threatening or injuring a family member. He also faces one count of attempted kidnapping of a United States official on account of the performance of official duties. 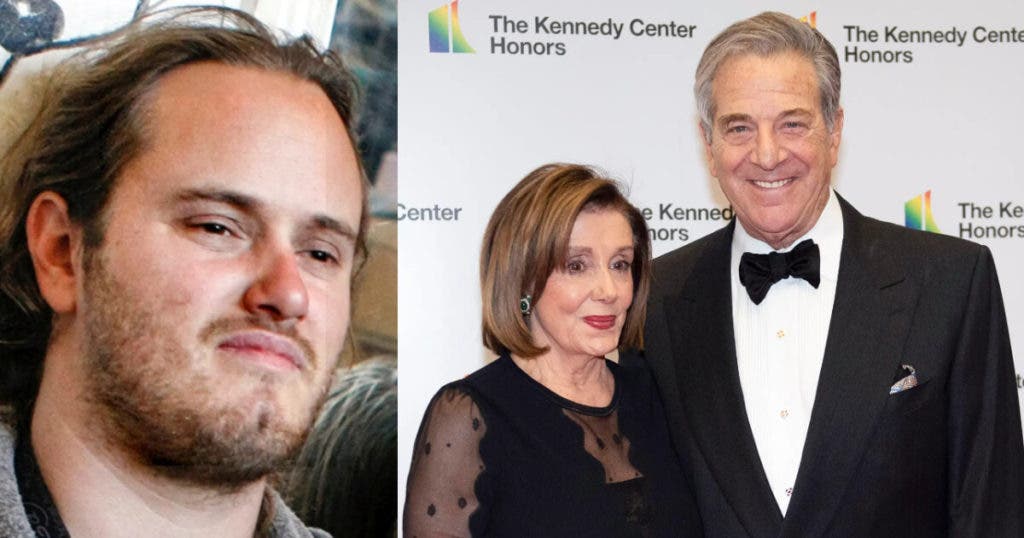 DePape told police he planned to hold Nancy Pelosi hostage and if she told the “truth,” he would let her go. If she “lied,” he was going to break “her kneecaps,” the criminal complaint said. He added that he wanted to break her kneecaps so she would have to be wheeled into Congress “which would show other Members of Congress there were consequences to actions.”

"DEPAPE articulated he
viewed Nancy as the 'leader of the pack' of lies told by the Democratic Party."

He allegedly wanted to break "her kneecaps" and wheel her into Congress to send a message.

Family members told authorities DePape had been estranged from them for a while, and he was known by some in San Francisco as a “pro-nudity activist” who appeared to embrace a range of conspiracy theories. The federal complaint said he has lived for the past two years in a garage at a residence in Richmond, California.

hey MAGA morons: in a statement to the police, DePape confessed that he broke in to hold Nancy Pelosi hostage and "break her kneecaps." but you keep pushing your baseless conspiracy theories, living in a fucked up fantasy world is what you dipshits do best

The Speaker’s husband, Paul Pelosi, remains hospitalized in San Francisco after undergoing surgery for a fractured skull and other injuries. Speaker Pelosi, who was in Washington, D.C., at the time of the attack, returned swiftly to California. Unlike presidents, congressional leaders have security protection for themselves, but not their families.

Read my letter to my colleagues in the Congress here: https://t.co/jjHOQWm5MT

Republicans were being widely criticized for either their silence on the attack on Paul Pelosi or for sharing right-wing conspiracies about how DePape came to be in Paul Pelosi’s bedroom at 2:30 am. With more details emerging, GOP Leader Kevin McCarthy was facing growing pressure to comment on the attack.

If you're MAGA & you call yourself a "Christian," I expect to see a tweet from you wishing Paul Pelosi a full recovery with zero mentions of politics or your personal hate agenda

[This is a continuing and developing story, please check back for updates]

Tara Dublin
Tara is a reported opinion columnist at Occupy Democrats. She's a woefully underappreciated and unrepresented writer currently shopping for a super cool novel that has nothing to do with politics while also fighting fascism on a daily. Follow her on Twitter @taradublinrocks
Latest Posts
Tags
David Depape House Speaker Kevin McCarthy nancy pelosi Paul Pelosi