The founder of the right-wing citizens’ militia group the Oath Keepers was convicted of seditious conspiracy on Tuesday for his role in the January 6th attack on the Capitol in a huge victory for the Justice Department.

Stewart Rhodes — a former attorney who attended Yale Law School but had been disbarred — was charged along with co-defendant Kelly Meggs, while the three others on trial — Kenneth Harrelson, Jessica Watkins, and Thomas Caldwell — were acquitted of the same charge. 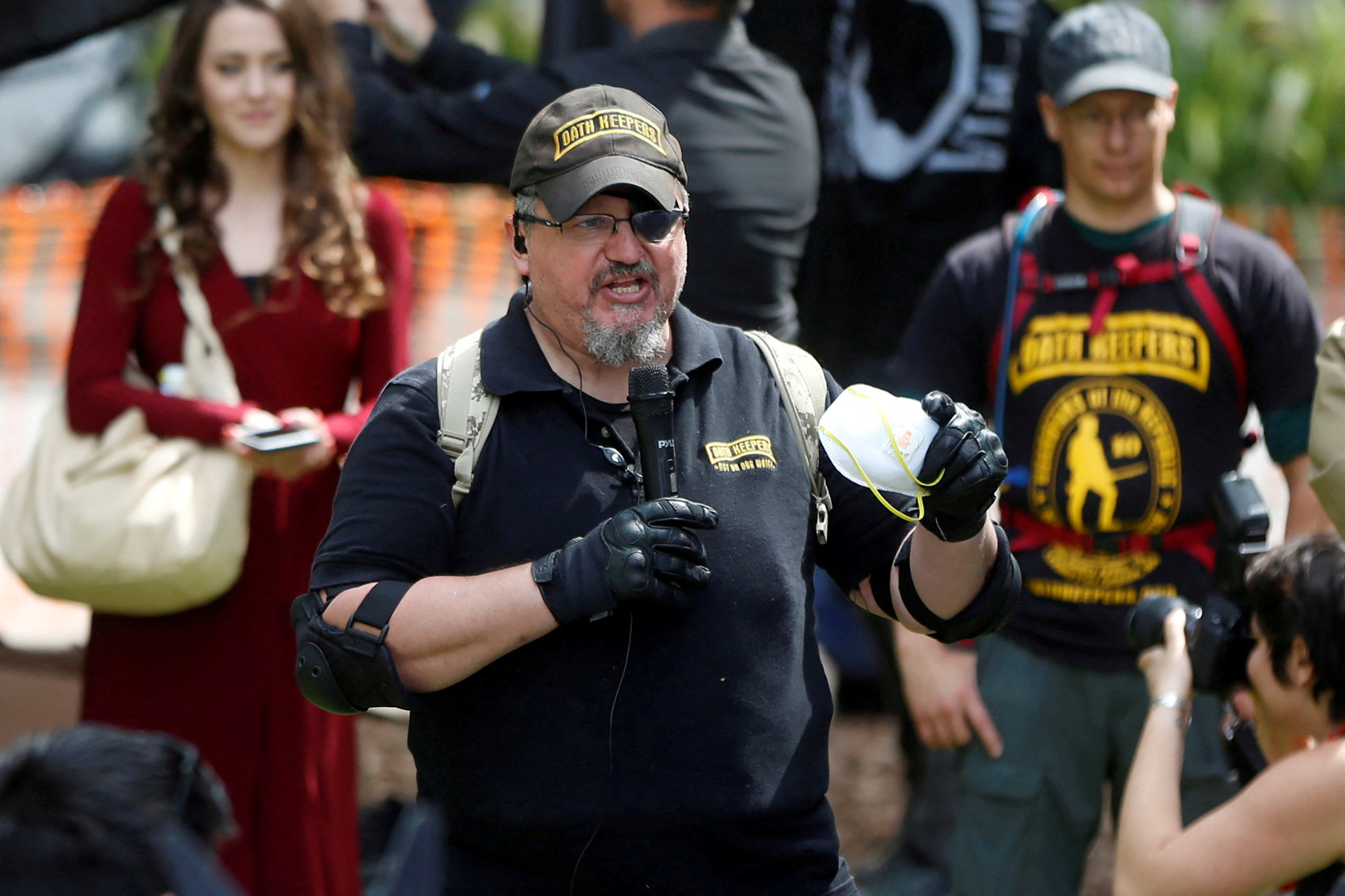 All five of the defendants were found guilty of obstruction of justice for their attempts to block the certification of Joe Biden’s legitimate election victory.

During the trial — where Rhodes acted as his own attorney — prosecutors painted him and co-conspirators as methodical planners who had a specific goal when they traveled to Washington for Donald Trump’s rally.

Rhodes and the others built what prosecutors called a “quick reaction force” which was headquartered at a nearby Virginia hotel. The room was stocked with firearms that could be quickly transported into Washington if summoned.

Reuters reported that prosecutors showed Rhodes pages of his own text messages, videos, photos, and audio recordings, which included Rhodes complaining about not bringing rifles to Washington on January 6th and saying he “could have hanged” House Speaker Nancy Pelosi “from a lamppost.”

Rhodes and his co-defendants all denied plotting any attack or attempts to block Congress from certifying the election results. One defendant, Jessica Watkins, admitted to helping block Capitol Police from entering the building.

“Rhodes, Meggs, Harrelson and Watkins also received guilty verdicts for conspiracy to prevent members of Congress from discharging their duties,” according to Axios.

Roughly 900 people have been charged with their roles in the January 6th attack.