Kirstie Alley, the actor who appeared on the 80s sitcom “Cheers” and in movies like “Look Who’s Talking,” has just died at the age of 71 from colon cancer, a horrific end to an often troubled life that found her supporting Donald Trump’s MAGA movement and spewing QAnon conspiracy theories in her last few years.

Her adult children announced Alley’s death in a brief but loving statement. 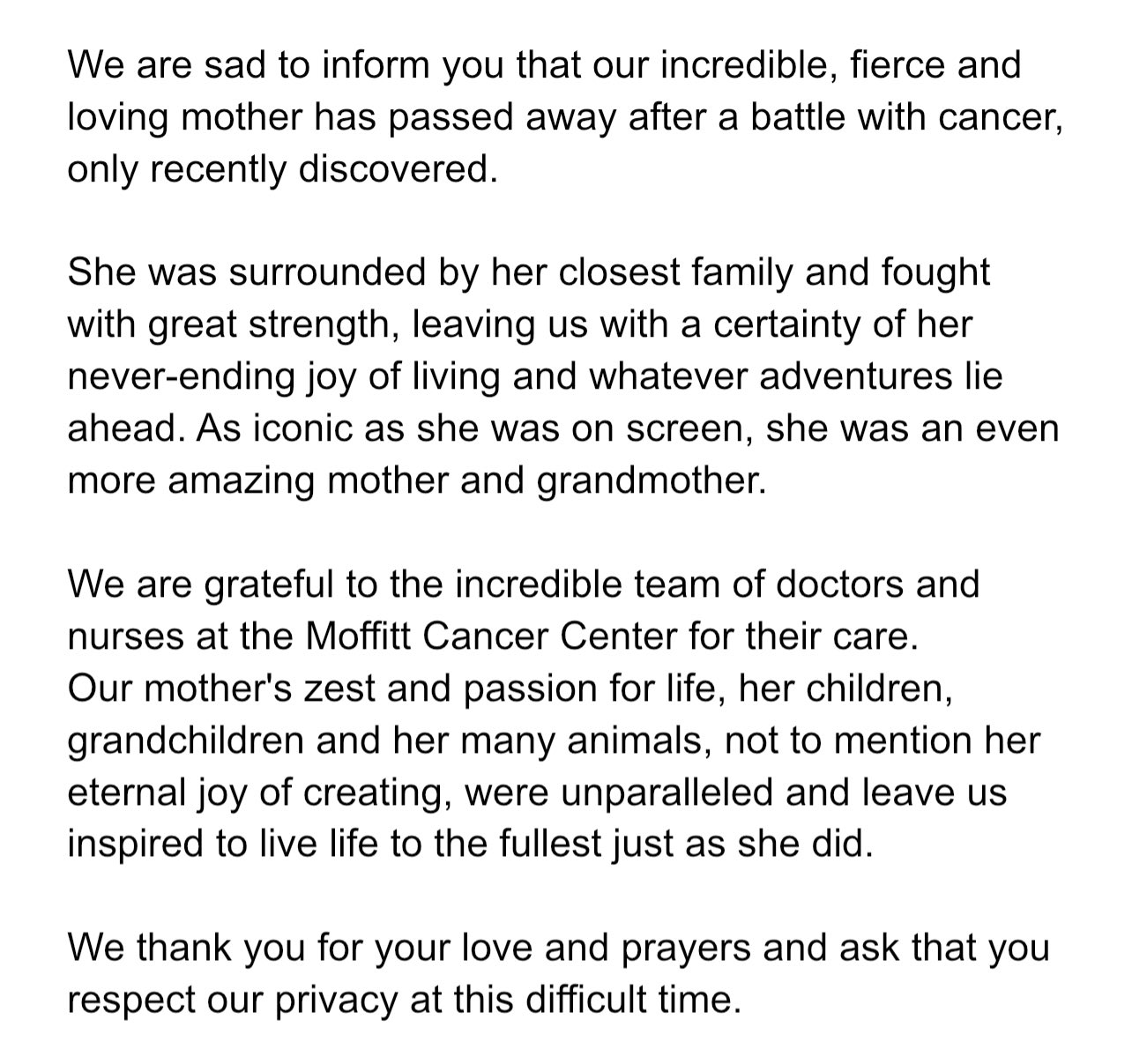 Kirstie Alley was also an infamous Scientologist. That’s a LOT of cult denialism going on inside of just one person. 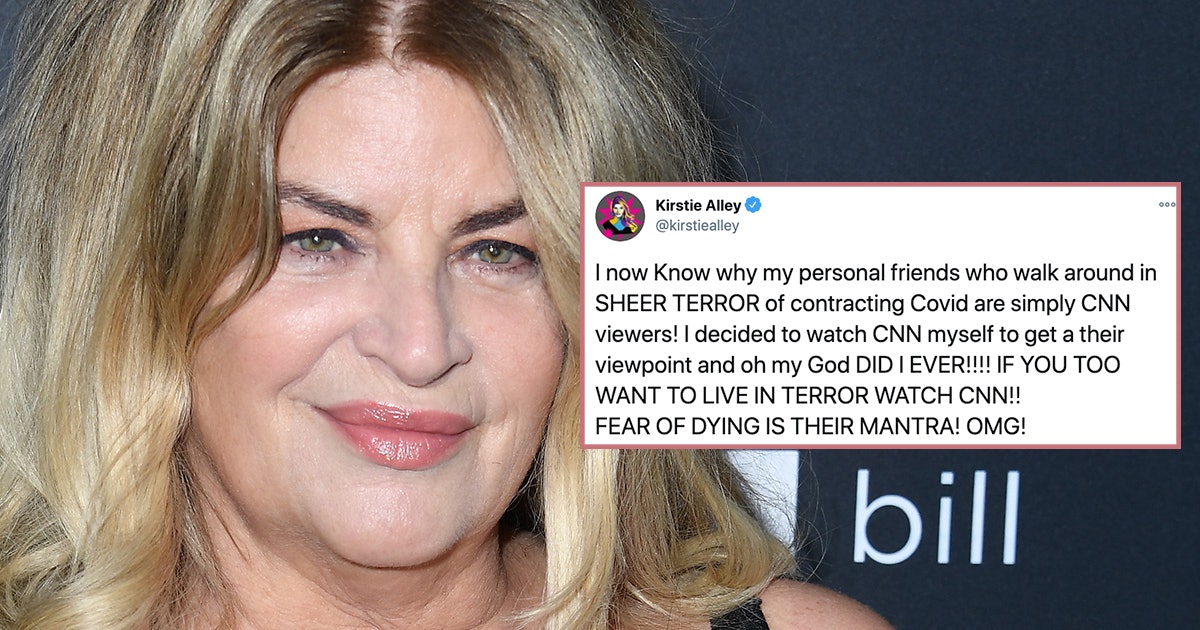 Scientology is a cult that demands separation from family members who won’t accept them.

It’s a cult that promises that if you “achieve a certain level” you can’t get cancer.

Related: John Travolta has moved away from the Church of Scientology after losing his wife, Kelly Preston, to cancer.

All cults are bad, but when a cult literally contributes to death, how do other cults process it? By making up more cult bullshit.

This is what one of Kirstie’s cults, QAnon, is doing by claiming she was “murdered” for being anti-vax.

VICE reports that on the QAnon message board the Great Awakening, “members concluded that the sudden nature of Alley’s death was a clear sign that her death was part of a global plot to silence critics of the COVID vaccines.”

And, no. Cmon, colon cancer is horrendous enough. You don’t have to make it worse for her children by spreading lies at Thetan Level 7 or whatever.

I’m not helping them spread any more of that, you can read VICE’s full profile.

This is a phenomenon I find fascinating from a sociological standpoint.

Death freaks us all out in our own ways, but that whole “We don’t speak ill of the dead” thing needs to be looked at.

When a famous person who wasn’t all that great in life dies from a horrific disease, we have several choices regarding our response.

There is that choice to say nothing at all, which is of course safest and perfectly valid. But that’s the road least traveled on the internet superhighway, as we all know.

At the same time, there is that thing where people think you HAVE to only say nice things about a dead person, but that’s not accurate.

What everyone needs to do is say TRUE things about that person. It’s up to you how you want to deliver that truth, but be ready for most people to be mad at you for it.

My personal experience with Kirstie Alley goes back to 2016, when I voiced my disappointment in her choices to embrace and widely share conspiracy theories instead of truths, which I told her I was more than happy to discuss with her.

Instead, she said something insulting I can’t remember and blocked me, as she did to anyone who challenged her beliefs in any way. 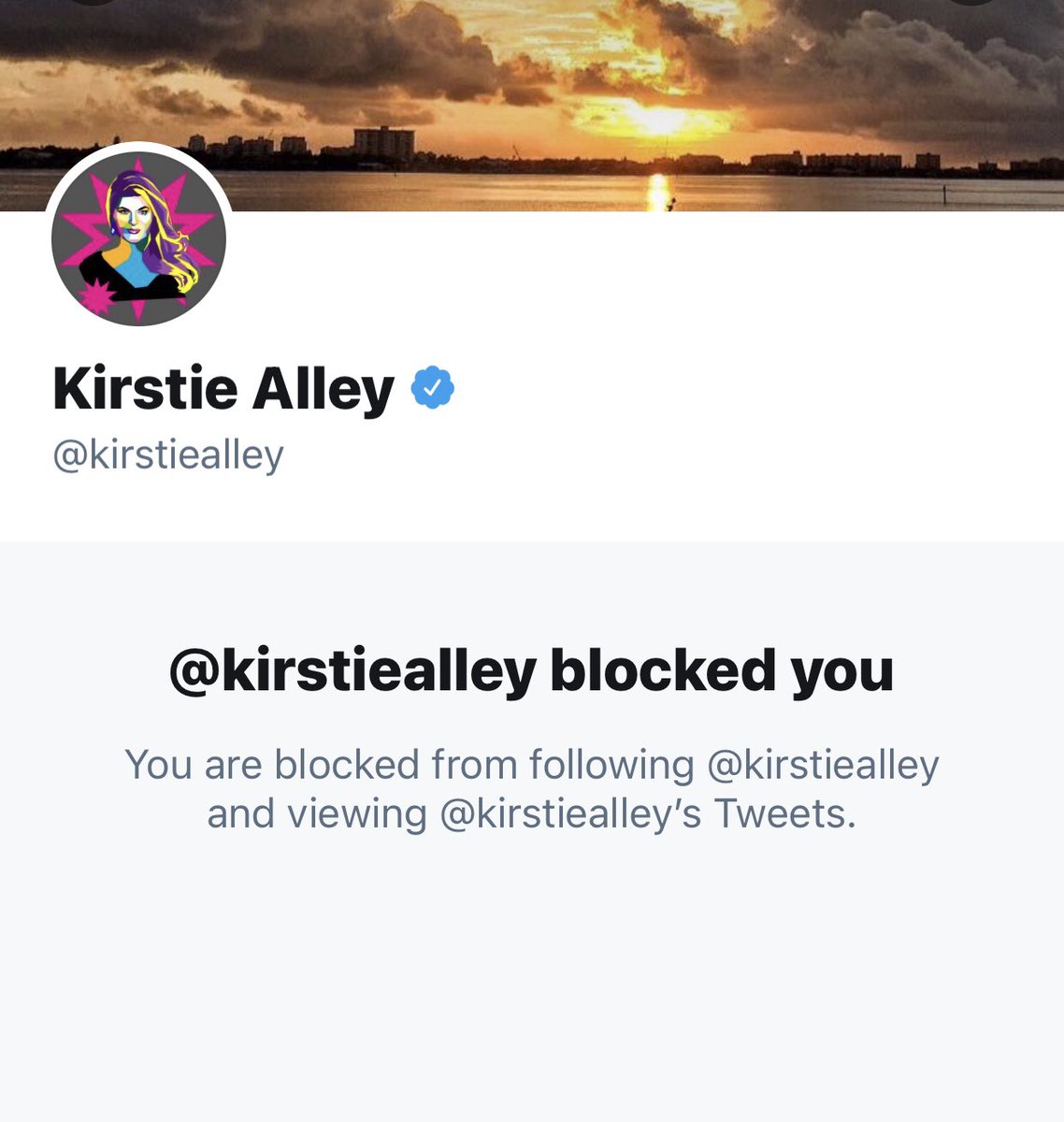 Your mileage with Kirstie Alley might vary. You might want to remember her as Rebecca Howe or Lt. Saavik from “Star Trek” instead of as an extreme anti-vaxxer who spent hours online helping push baseless and dangerous conspiracies.

Alley was nice to some people and terrible to most other people.

The truth of a person’s life is still the truth after that life ends. With social media, our legacies will speak for us long after we’re able to defend them.

Herewith, and presented without any commentary of my own beyond my tweet, are some of the takes about Kirstie Alley on Twitter.

It’s so sad. So very sad. God Bless you and keep you Kirstie Alley

I don’t care how terrible your politics are, colon cancer is a horrific way to go

Hey, all you MAGAts crying because I'm shitting all over Kirstie Alley's rotting corpse, I haven't forgotten what y'all said about Nancy Pelosi's husband.

Kirstie Alley once called me a “c*ntface” and I called my mom to tell her, and my mom said “you’re really more of a smug asshole than a c*ntface.” I honestly thought it was hilarious, and I feel sad that she has passed on. I don’t hate anyone, honestly, I wish her family peace. pic.twitter.com/lkFwFy3Av2

Tara Dublin
Tara is a reported opinion columnist at Occupy Democrats. She's a woefully underappreciated and unrepresented writer currently shopping for a super cool novel that has nothing to do with politics while also fighting fascism on a daily. Follow her on Twitter @taradublinrocks
Latest Posts
Tags
John Travolta Kirstie Alley MAGA QAnon Scientology vice