Is there anyone more miserable about their life than South Carolina’s Confirmed Bachelor and subhuman pitcher of Sloe Gin Fizz, Sen. “Leningrad” Lindsey Graham?

Quick aside: I will not participate in the use of the more transphobic nickname for Lindsey and I will not share tweets from anyone who does.

Yes, Graham allowed Trump to use his personal shame over his closeted lifestyle against him and that’s how he got compromised on the golf course in 2017. 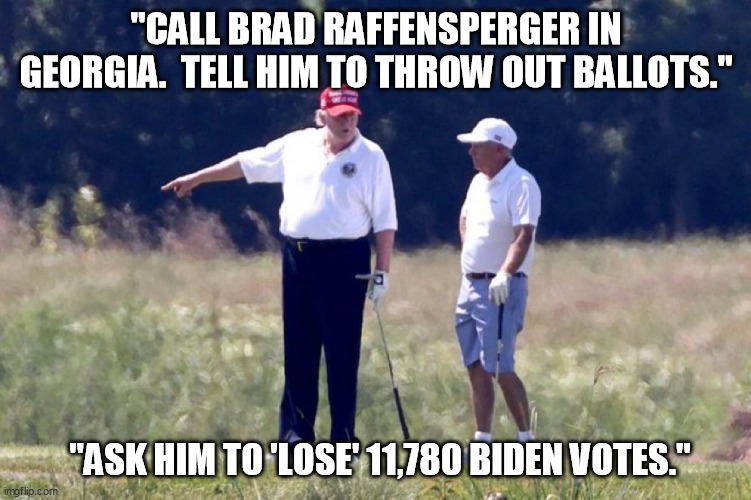 Anyway, here’s a visual refresher of how it started, bless his pickled little black heart. 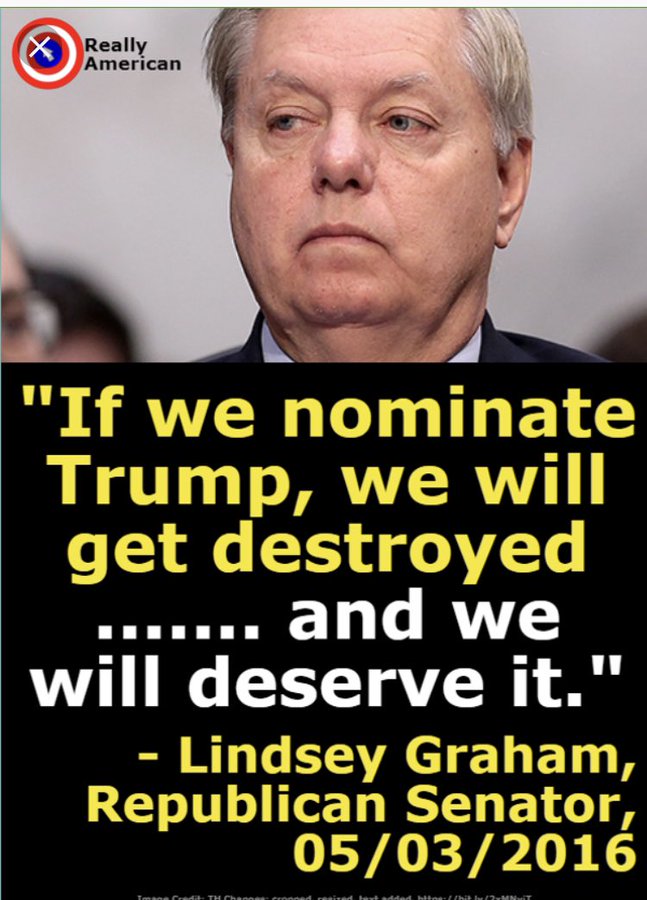 And you already know how it’s going.

Graham — who’s facing charges in Georgia thanks to his participation in Trump’s attempts to overturn the 2020 presidential election results there — is now begging other South Carolina Republicans to show up for Trump’s campaign event there on January 28th.

Trump’s remaining advisers have also been begging SC’s GOP officials to attend, pleading with them in phone calls in the last few weeks to scrape together enough endorsements and attendees so that Trump’s first official campaign event of the 2024 cycle doesn’t bomb.

Most of the excuses are of the “Oh, I’ll be out of town” variety, but many of the locals just aren’t ready to endorse a 2024 candidate yet, particularly one facing *checks notes* about eleventy billion different lawsuits at this point.

There’s also the excuse of keeping their loyalty local since former SC governor Nikki Haley and Sen. Tim Scott have already indicated that they may challenge Trump for the nomination.

Trump’s other potential rivals have also made visits to the Palmetto State, including the two MAGA Mikes, Pompeo and Pence.

Meanwhile, Graham is apparently so unpopular in TrumpWorld, he’s getting bullied by the likes of fellow traitorous shuffling gin blossom Steve Bannon and revolting Roger Stone, neither of whom are in a position to be judging anyone’s lifestyle choices.

“I have no earthly idea why he’s around Trump,” Bannon, who hasn’t slept since Trump left office, projection-belched on his podcast. “He’s a cancer. Trump’s gotta be warned. There’s nothing good with having McConnell’s mini-me, the snake, around you at all.”

Bannon calling Graham a snake is pretty rich, considering he looks like a molting amphibian.

Bannon denounces Trump adding Lindsey Graham to his leadership team and doing a SC rally with him this week: “I have no earthly idea why he’s around Trump. He’s a cancer. Trump’s gotta be warned. There’s nothing good with having McConnell’s mini-me, the snake, around you at all.” pic.twitter.com/SFUUKwHOsn

Roger Stone saying anyone is a “sleazier, more duplicitous, more dishonest piece of human garbage” is some hella projection, and it’s also not a surprise that he always chooses violence.

It’ll be interesting to see when Team Trump ends up rescheduling the South Carolina appearance while manufacturing an excuse for not having support there.

Tara Dublin
Tara is a reported opinion columnist at Occupy Democrats. She's a woefully underappreciated and unrepresented writer currently shopping for a super cool novel that has nothing to do with politics while also fighting fascism on a daily. Follow her on Twitter @taradublinrocks
Latest Posts
Tags
donald trump lindsey graham nikki haley south carolina Tim Scott