OH MOTHER: Guess who also had classified documents in his home?

Why is Tucker Carlson?

The poster child for unchecked rich white privilege, the Swanson Scion was born halfway between third base and home plate while never learning how to be a team player. 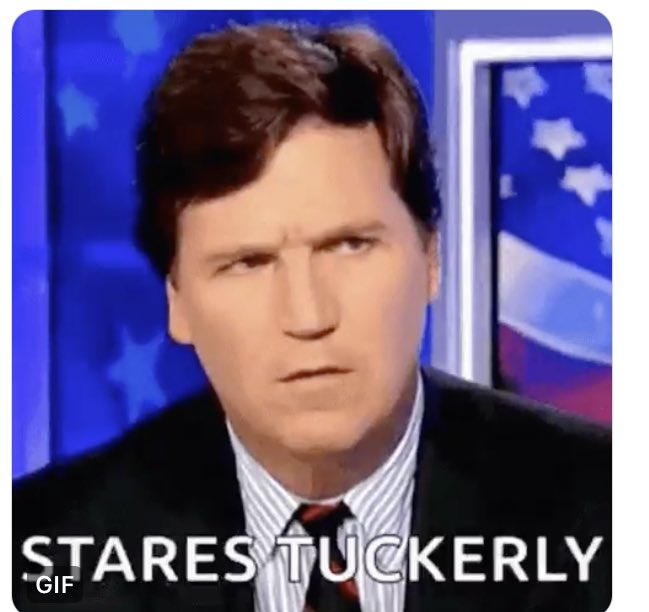 Listing all of the dumb stuff Tucker has said and done could fill three internets, so let’s just tackle the latest bit of Carlson Crazy that’s been floating around like a fetid turd in a toilet in the Fox News executive washroom.

First of all, this whole M&Ms mishegoss.

I cannot even and will not, Sucker.

IT IS A PIECE OF CANDY, stop jerkin the gherkin over it already.

If that’s not profoundly stupid enough for you, Tuckems has also started pushing tobacco like we’re back in the Colonial Times and need to establish a foothold in Virginia or something.

He seriously said that nicotine–the addictive chemical in tobacco that keeps you smoking–“frees your mind.”

Even worst, Tucky Tobacco is pushing MENTHOL cigarettes so his audience can have a slight taste of cooling mint when taking their final breaths.

Killing off your own audience to own the libs is a pretty weird tactic, but this *IS* Fox, after all.

All of that nicotine must be giving Tucky a huge buzz though, because it’s impacting his vision something awful.

On his “show” Monday night, the barely sentient bowl of rancid rice pudding lost his mind over a lenticular cloud (a type of stationary cloud that forms mostly in the troposphere) that had materialized over Bursa, Turkey, which looked like a gorgeous Georgia O’Keefe painting.

Meaning: it was vagina-like in appearance.

If you know anything about mediocre MAGA “men,” it’s that they’re TERRIFIED of women and our power, plus they have no idea what a clitoris is or where they can find one, so the image of a space vagina sends them running to their safe snowflake spaces.

And since Tucker is the King of the Dipshits who apparently has never heard of the Google, he lost his tiny little mind over a science.

Tucker: What is that exactly??! It’s not normal no matter what they tell you! pic.twitter.com/YZMPQpP1Ht

Twitter tried to tell Tucker it was a natural phenomenon, unlike his creation in an old stained Cool Whip container his stepmom found in the back of the freezer in the garage.

Bold of you to assume Tucker has any idea what a vagina looks like.

Tucker Carlson doesn’t know what a vagina looks like. https://t.co/SlpKyJHm35

Tara Dublin
Tara is a reported opinion columnist at Occupy Democrats. She's a woefully underappreciated and unrepresented writer currently shopping for a super cool novel that has nothing to do with politics while also fighting fascism on a daily. Follow her on Twitter @taradublinrocks
Latest Posts
Tags
M&Ms Tucker Carlson twitter vagina cloud