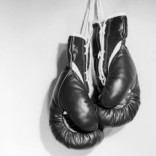 CONSUMER GUIDE: How to survive Twitter under Elon Musk

This week, I would like to start with some historical references before I dive headlong — or more aptly goose-step — into the matters at hand and my concerns.

Ha’aretz, (translated from Hebrew to “The People of the land”) was one of a few Jewish newspapers run from Palestine in the early 20th Century. It was founded in 1918 and is the predominant newspaper of Israel today.

Ha’aretz ran no lead articles in their paper regarding the German elections in 1932 (July and November). It ran reports of independent journalists but nothing specific regarding these two important events.

The one attempt that dealt with Nazism and antisemitism came via an unsigned article from 11 November 1932, a few days after the Nazis lost some standing following the elections.

“Antisemitism, however enticing it is for benighted masses who find themselves in a state of emergency, is not legal tender in Germany. This people [are] too steeped in culture to accept a demand for discrimination in rules and regulations against citizens who share its homeland. . . . The middle ages probably will not return quickly to the land of Goethe, Schiller, and Heine,” the Ha’aretz article read.

“The people [are] too steeped in culture to accept a demand for discrimination…..against citizens who share its homeland.”

Then it goes on to mention Goethe, Schiller, and Heine. But it sadly left out Martin Luther and Richard Wagner, two virulent antisemites.

Point is, there is no way any atrocities can happen to a given group, until when?

Then it is too late. But there were plenty of warnings and reasons to sit up straight and take notice. The writer of this piece obviously did not.

But then found himself in a concentration camp after numerous arrests around 1937-39 where he defended the church against the attacks the Nazi regime was levying upon it.

Still, even after being imprisoned in a concentration camp, he wrote letters to high-ranking Nazi military leaders asking to be put back in the navy (Submarines, where he started in WWI) so he may fight for his country.

Yes, you read that right.  How can one arrive at such a thought process to defend a nation run by a tyrant that has imprisoned him for speaking out against the ills of Nazism as it applied to the church?

And yet these are two examples of the complexities, that highlight misapplied thought in the face of the facts of brutality and hatred.

Is it apathetic?  Is it ignorance?  Perhaps both.

So what do these two examples have to do with what is going on today, here in Florida?

And yes, I am finetuning it to one state rather than the entire nation at this point. Let’s call Florida “Ground Zero.”

Let’s not talk about the entire Civil War. Rather, let’s discuss, one day in the battle for Gettysburg in July 1863.

Again, I will ask the question: Is it apathy or ignorance?

Oh wait, I haven’t laid down my points yet. Thus, I will have to return to that question at the end of the article.

In January 2022, Governor DeSantis went on the offensive when Florida residents asked their governor to condemn a group of Nazi protestors who were demonstrating in full regalia and going on antisemitic tirades.

The governor claimed it was opponents of his trying to “smear me as if I had something to do with it.”

He went on to say that was not “playing their game” turning this into a political issue.

His press secretary went on to say later that perhaps it was democrats dressed up like Nazis. She questioned; how did they really know they were Nazis.

In May 2022, Nazis appeared, again in full uniform with Sieg Heil salutes at the entrance of Disney World.

Only this time they also held up signs supporting Governor DeSantis. You are beginning to see the manifestation of not proactively blasting extremists in their infancy.

Much of this surrounded the “Don’t Say Gay” Bill and an assortment of other goodies that were bound to bring the Nationalsozialistische Deutsche Arbeiterpartei out of their holes.

In the meantime, we have a former president and current seditionist, who has dinner with the very brilliant (sarcasm intended) and very antisemitic Kanye and his date, Nick Fuentes, right in his state.

Shhh.  What’s that I hear? Goosestepping crickets. No comment from the governor.

But the reason is most interesting. GOP hotshot Dan Eberhart stated, “My understanding is that the DeSantis team doesn’t see an upside in kicking off a fight with Trump this early, even if it may be inevitable.”

Time out!  Shouldn’t one do the right thing, at the right time, for the right reason?  That indicates a moral fiber and fortitude.

So once more, Nazis and their sputum, get a free ride.

That is not even mentioning the Mothers for Liberty clan who are but a connection to the Proud Boys and their pathetic being.  Even the national chair for M4L had some very choice words for their Miami Chapter.

Yeah, the voters don’t give a crap it seems.  Apathy or ignorance?

And that is exactly the point.

In any case, not to bore you, Homeland Security’s National Terrorism Advisory System Bulletin dated 30 November 202 (and good through 24 May 2023, by the way) states in their Summary of Terrorism Threat to the United States the following potential targets:

Good lord, what is left?

The truth of the matter is that the apathy, the ignorance, exhibited in Florida is the glowing embers that lay next to the fuel depot.

We have already seen, historically speaking, what a lack of heartfelt reaction can do when tyranny moves forward like an incoming tide.

I would ask, perhaps beg, that Governor DeSantis condemn any and all Nazism (and/or all extremism) moving forward. If not, regardless of reason, it shall be terribly telling.

That’s it in a nutshell. Returning to Nazi Germany, I will leave you this thought: It almost happened here in the ’30s.

The American Fascist movement along with the 1936 German-American Bund did what they could to bring Der Fuhrer and the boys over here. One only has to look at Madison Square Garden on 20 February 1939.

The American fascist movement in the 1930s and early 1940s, until recently, was arguably the most organized attempt to bring Nazism to the forefront of American society.

While not the earliest pro-Nazi American organization, the German-American Bund was one of the most successful.

The Bund was founded in 1936 with the goal to empower German-American citizens to spread Nazi ideology in the United States and to create an American counterpart to the German Nazi Party.

The culmination of the German American Bund’s work would be a February 20, 1939 rally at Madison Square just 384 ½ months short of the Garden’s first Frazier-Ali Fight of the Century classic. Yup, left hooks and right crosses, years later, replaced the Heil Hitlers.

And YES, it happened. With love and a kiss from Father Coughlin, Henry Ford, and Charles Lindbergh, among others.

Real salt of the earth American heroes, right?  The more things change, the more they remain the same.

So in closing, what does it have to do with today?

EVERYTHING! The epicenter of extremism and Nazism revolves here in Florida.

That is not the issue.  What is the issue is that our supreme elected official…Florida’s Dear Leader is either apathetic to this or ignorant…Or both.

Ignorance has a cure; apathy has none.

I’m standing by. I shall serve as that Vedette. Real, truly patriotic Americans are as well.

The clock is ticking.