Born with a golden spoon in his mouth and diaper pins to match, Donald Trump Jr. is now trying to court sympathy by rhapsodizing about having to wait on bread lines as a child in communist Czechoslovakia.

“Wait! Didn’t Donald Trump Jr. grow up in New York City and attend exclusive private schools there whilst his parents went through their messy divorce caused by his father’s blatant infidelities?”, you may respond.

Well, yes, but his father’s first immigrant bride, Ivana Zelníčková Trump, was born in the now-defunct nation in the Soviet orbit and would send her eldest son to stay with his grandparents — who lived near Prague — during the summers.

On those trips, Junior would spend his time camping, fishing, hunting and learning the Czech language…and, apparently, standing in line for bread during those few weeks per year that he was away from his luxurious and pampered New York lifestyle.

Now, Don Jr. is using his tenuous connection to life under a communist regime to try to score political points for his father’s Republican Party, comparing the economic situation in this country today to the scarcity he witnessed under the totalitarian government that his maternal grandparents were forced to live under and ignoring the fact that most of America’s financial and logistical problems today are a direct result of his father’s massive failure in confronting the COVID pandemic in this country.

Junior compares the situation in the US now to the hardships he endured during his childhood, waiting in line for bread in communist Czechoslovakia. (I’m not joking). pic.twitter.com/vUc9FIXLgn

Junior’s cynical rant met with quite the pushback from people on social media who responded to his comparision with disbelief and contempt. 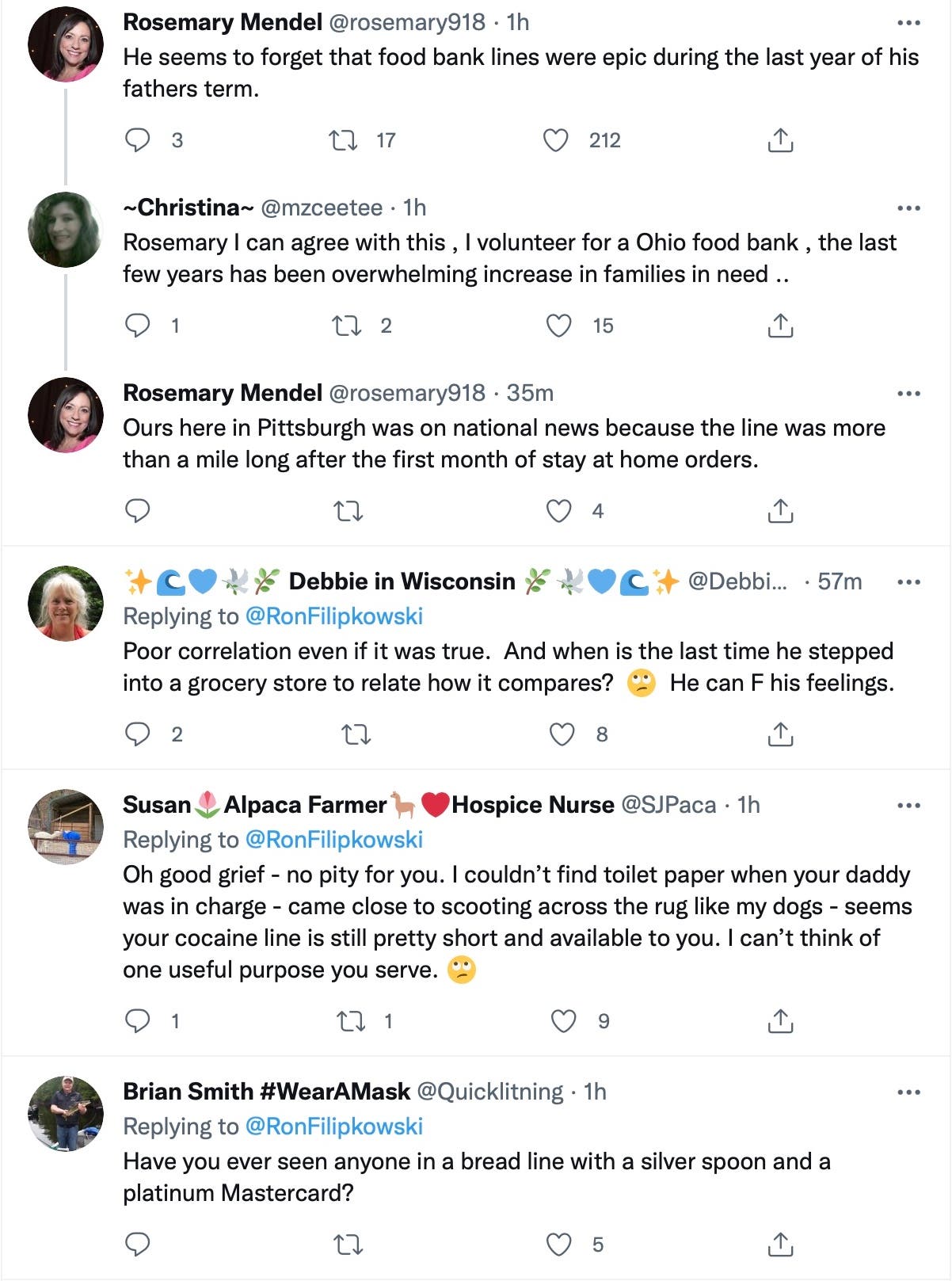 This is cracking me the flip up. Thank you

I recall Ivanka saying she would sell lemonade to the hapless house staff. She probably charged $50 a cup, $5 for the cup, and watered it down to half the recipe. 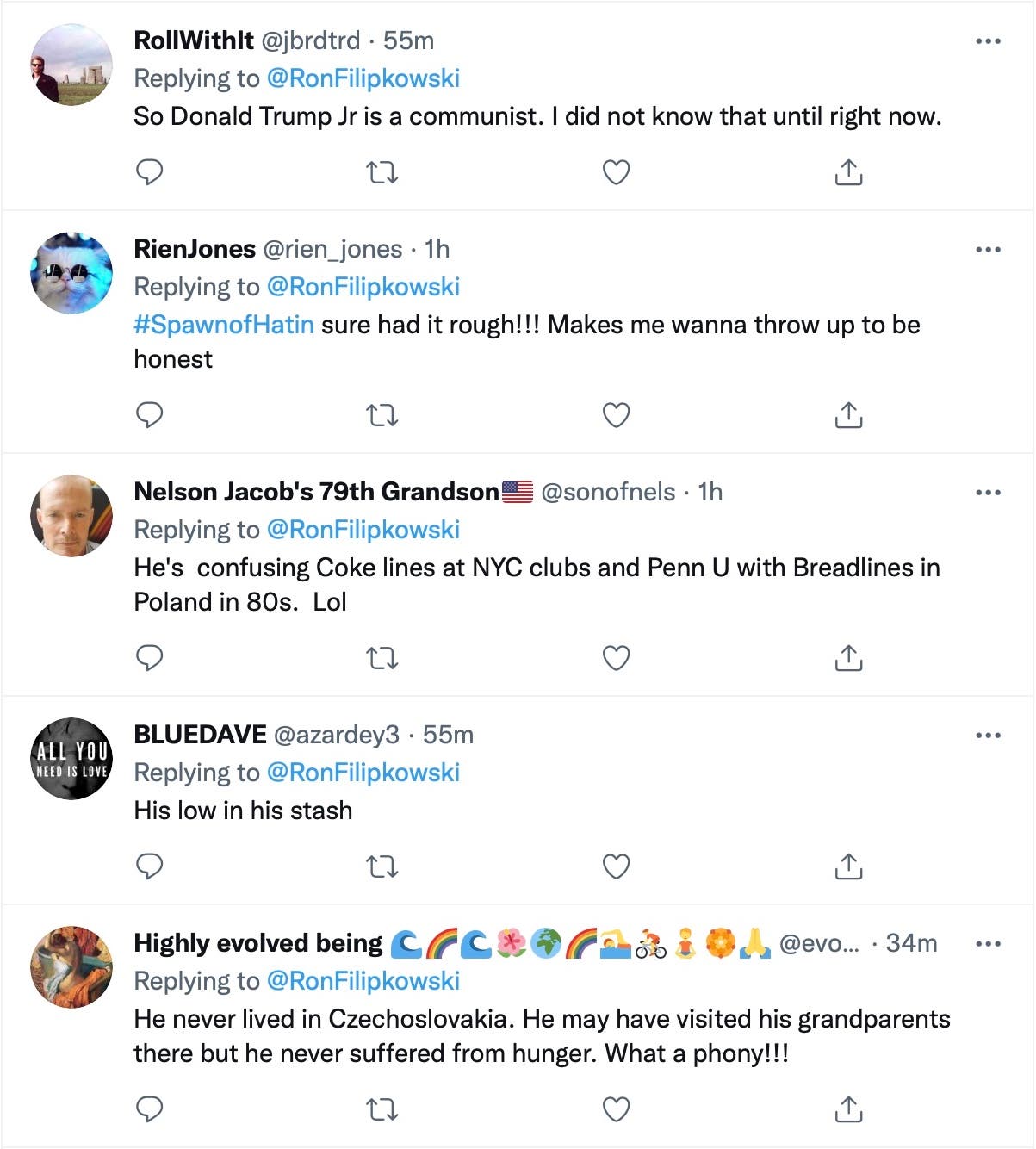 Needless to say, even if Don Jr. did personally witness the hardships associated with a bady managed, corrupt, communist government in Czechoslovakia for a few weeks during a few summers over 30 years ago, it does not qualify him to compare the long-term systemic economic problems of that poorly planned economy with the temporary shortages engendered by the COVID pandemic and the shipping container vessels backed up at America’s ports.

Don Jr.’s latest attempt to act as a political shill for his father makes him seem as ridiculous as he truly is.

If the situation in this country wasn’t so incredibly screwed up after four years of Donald Trump Sr. in office, one could look at him as a harmless, dumb clown. Instead, he’s a dangerous omen of even worse times ahead if the Republican menace isn’t stopped now.