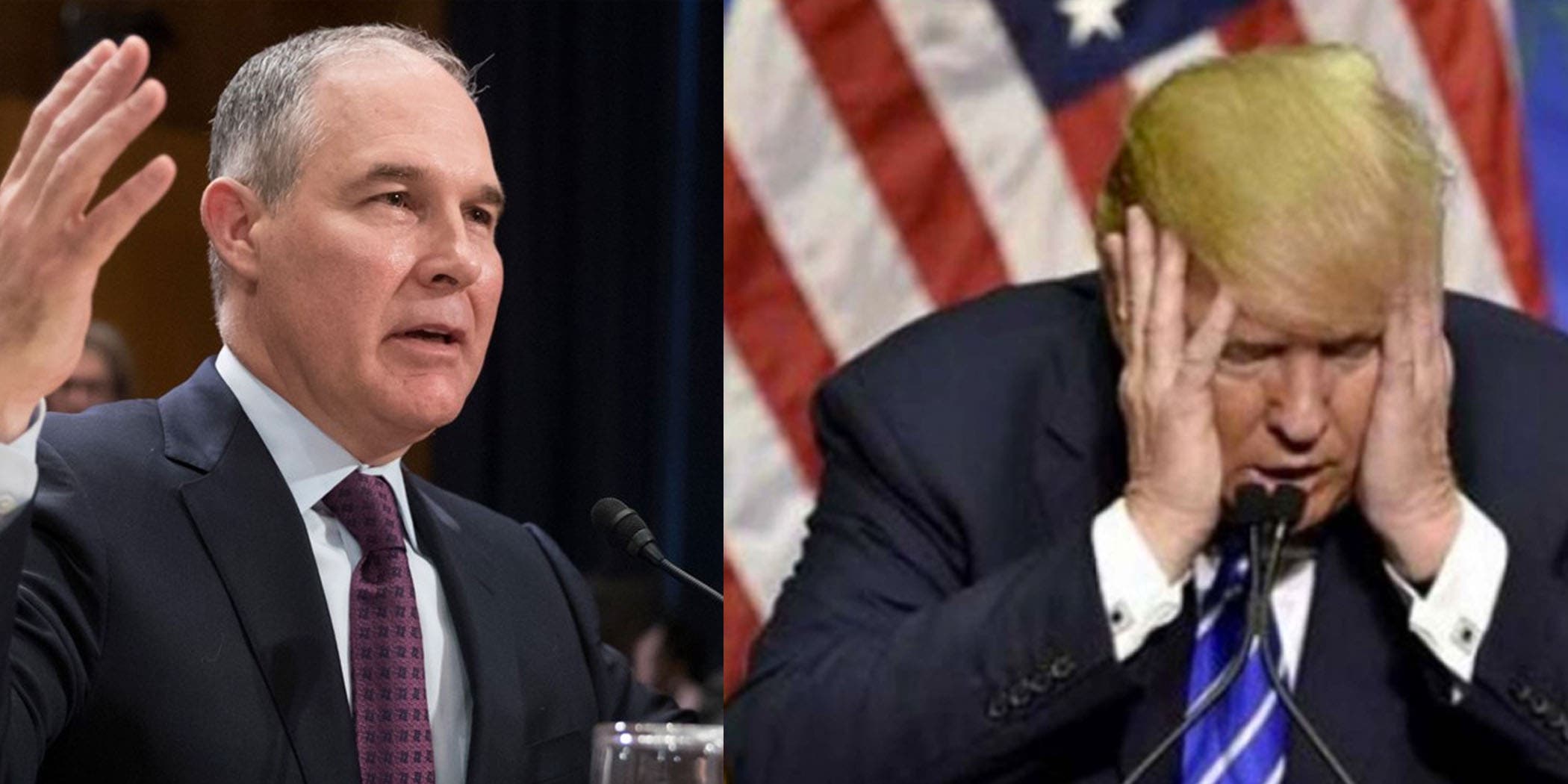 After Trump spent much of his campaign pillorying Hillary Clinton for her use of personal email, we learned that Vice President Mike Pence used his personal email when he was governor of Indiana.

Now it turns out Scott Pruitt, Trump’s controversial head of the Environmental Protection Agency, used his personal email as Attorney General of Oklahoma – and that he lied about it at his Senate confirmation hearing.

This may be the Scott Pruitt scandal many Democrats have been expecting.

On Friday, five Democrat Senators sent Pruitt a letter demanding he, “correct the record” about his use of personal email, and on other issues, They say he provided misleading answers about when he faced Senators at his confirmation hearing in January to head the EPA.

The written request was from five members of the Senate Environment and Public Works Committee, including ranking member Tom Carper (D-DE).

“Recent reporting and long-delayed disclosure of emails and documents from your time as the Oklahoma attorney general show that you were not fully forthcoming and truthful with the committee in advance of your confirmation,” the senators wrote,” the letter states, according to The Hill.

Pruitt’s use of a personal email account came to light when others in the Oklahoma Attorney General’s office gave an interview to a local TV station about it.

The letter also says that Pruitt did not list all of his speaking engagements on a list he had provided for his confirmation hearing. They want a complete list, and monthly updates to the committee of everything on his calendar.

“So that we may better perform our oversight roles,” the letter says, “we request that at the end of each month, you provide the committee with a copy of your calendar that lists all meetings, calls, and events in which you participated, and the participants and subject of each such meeting, call, or event.”

They also asked for a list of those on the Trump transition team who were involved in the EPA personnel selections, and a promise that Pruitt will give “timely” responses to any Freedom of Information requests.

Pruitt has been a controversial choice to head the EPA because as Oklahoma’s Attorney General he opposed many of the agency’s rules and sued 13 times to stop the EPA from enforcing things like air and water purity standards. He also has denied that humans are a primary cause of climate change and most recently said CO2 was not a major factor in climate change, as many scientists have repeatedly said.

The Democrats were strongly against him when he was nominated, and in the wake of his actions to date to dismantle years of EPA regulations,  and the Trump budget cutting many EPA programs, the opposition party is once again alarmed by Pruitt’s actions and plans. So it is not surprising they want to keep closer tabs on him, even if they can’t stop him – yet.