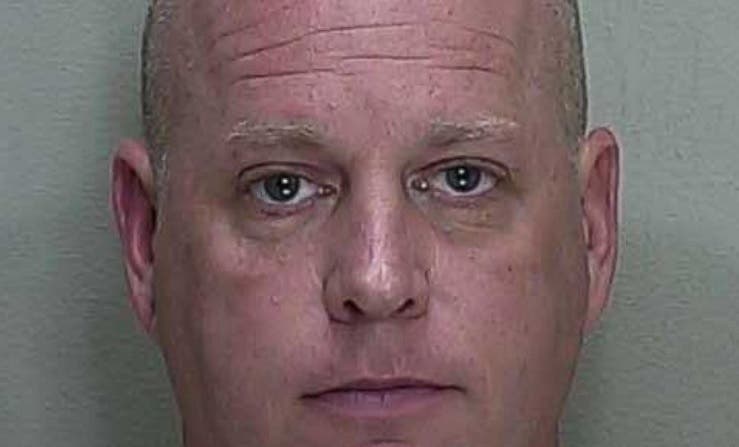 With the Trump administration focused solely on banning Muslims from entering the US in an effort to stop terrorism, the administration continues to ignore the rise of domestic terrorism being organized by non-Islamic white males.

On Thursday, federal officials announced that Mark Charles Barnett has been charged with “possession of a firearm (destructive device) affecting commerce by a previously convicted felon.”

According to the press release, Barnett “theorized that the company’s stock value would plunge after the explosions, allowing him to cheaply acquire shares of Target stock before an eventual rebound in prices.”

“Barnett created at least 10 of the explosive devices, disguised in food-item packaging, which Barnett delivered to the CS on February 9, 2017,” reads the press release. “Barnett then asked the CS to place the explosive devices on store shelves from New York to Florida. He also provided the CS with a bag of gloves, a mask, and a license plate cover to disguise the CS’s identity from law enforcement.”

The CS, however, did not plan to carry out the attack and instead contacted law enforcement officials who carried out a search of Barnett’s house finding “components consistent with those used to create the explosive devices” were discovered. These items included rocket igniters, M-5000 explosives, and battery sources.

This is not the first planned attack foiled by federal officials this week in the Florida. Benjamin Thomas Samuel McDowell was arrested Wednesday after an undercover federal agent sold him a gun which he planned to use to attack a local synagogue.

There has been no comment from the White House.

The administration’s refusal to even admit the threat of non-Islamic domestic terrorism exists will only serve to embolden such terrorists. If they do not feel the federal government is going to condemn their actions, they will continue to feel their actions are justified and put many American lives at risk.

A risk that does not come from Middle Eastern countries, but from their own neighbors. It will be up to the media to continue to report these crimes and hold the administration accountable for its inaction.